‘This Is Us’: Déjà And Malik’s Budding Romance Leads To A Major Parental Confrontation

Warning: Spoiler alert! Do not proceed if you have not watched Tuesday’s episode of “This Is Us”.

“The Dinner and the Date” was two years in the making.

Regardless of if you prefer calling them Dejik or Malaysia — Randall’s (Sterling K. Brown) shipping nicknames for his daughter, Déjà’s (Lyric Ross), budding relationship with Malik (Asante Blackk) — it was clear from the start that this episode was going to be one of the most special offerings for “This Is Us” fans in this admittedly still early fourth season.

Episode seven was firmly a love letter to both Philadelphia and young romance that tackled race issues in a way that even this slice-of-life show hasn’t quite done before. In an intimate Q&A session led by Kenya Barris after a special screening of the episode in Los Angeles on Monday, creator Dan Fogelman even called it his young love version of “Before Sunrise” in Philly, and it wouldn’t have felt nearly as poignant without producer-writer Kay Oyegun, a native of the Pennsylvania city, helming the episode, which both said they had discussed the ins and outs of for nearly two seasons.

The episode itself kicks off with Malik convincing Déjà to skip school so he can show her his Philadelphia, not the tourist version that only involves the Liberty Bell and the Franklin Institute. After the pair get caught, Randall and Beth (Susan Kelechi Watson) channel their disappointment into dinner at their home with Malik’s parents. Despite Beth’s open-toed shoes that are supposed to help her keep an open mind, the evening is doomed from the start, especially when the first thing Malik’s mother (Marsha Stephanie Blake) does is make everyone whisper in order to not wake her baby granddaughter, who’s asleep in her carrier. 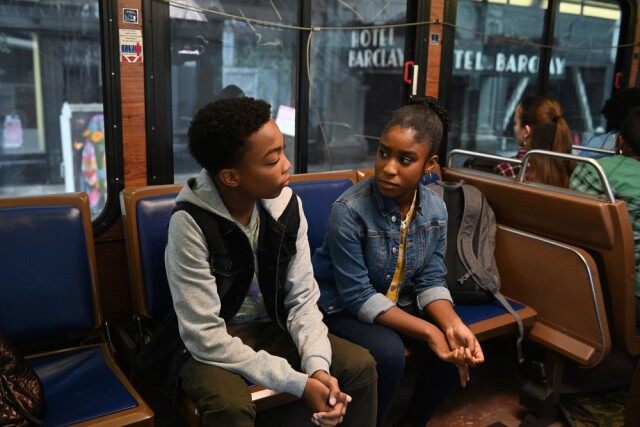 What then unfolds is a master class in avoiding stereotyping while exploring class and race relations, and it happens to have some of the most laugh-out-loud moments of the season to boot. Beth and Mrs. Hodges could have easily pulled off their earrings, and Darnell (Omar Epps) unbuttoning his shirt could have ended up in a fight between him and Randall, but that isn’t these characters and that isn’t “This Is Us”. Instead, you see the pain in the mama bears’ eyes when they defend their children and knowledge that they clearly pre-judged each other coupled with a poignant explanation from Darnell on what it was like growing up in a rough part of North Philly. As Oyegun explained during the Q&A, everyone here has agency in their spaces. They entered the evening as their own individuals with autonomy, and nobody ended up being right, save for Déjà, who just wanted to get through this weird night that her parents set up so she could see where things might go with this new boy she’s just learned to trust.

“I did feel wrong,” Watson admitted of Beth’s actions at the end of the dinner. “Part of me was like, I know I’m wrong. This isn’t exactly right, what I’m doing, but I feel convicted. Because I felt like I can’t just assume this kid is going to knock up Déjà. I can’t just assume that but I have a right to assume that. I’m the caretaker of this person. I have to assume from all angles that anything can go wrong, and I’m going to assert and I’ll be cool to a point, but if you step over that line, I’m going to protect this girl. And I don’t know what I’m doing, but I’m going to do something!” 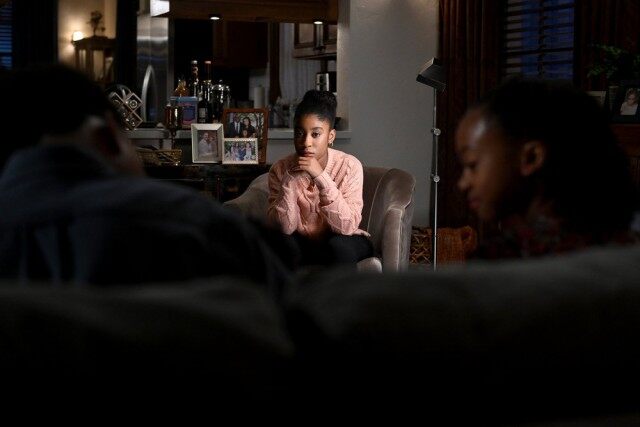 Woven in between the extremely awkward dinner between Randall and Beth and Malik’s parents — which Randall had named “Destination: Splitsville Dejik!” before it even began — was an equally uncomfortable flashback meal at the Pearsons’ place in Pittsburgh. Jack (Milo Ventimiglia) and Rebecca (Mandy Moore) invited high school Randall’s (Niles Fitch) teacher, Mr. Lawrence (Cory Lawrence), and his wife over for dinner, but it quickly dissolves into an unspoken competition between the two men to “win” over Randall. Jack is trying desperately to relate to his son and make him feel more comfortable in his skin, while Mr. Lawrence, the only black teacher at Randall’s elite private school, saw a part of himself in the brainy Pearson triplet and wanted to impart his wisdom on Randall. In the end, both admit they went about things in the wrong way — with a little help from Rebecca sending her husband outside with a simple, “Okay.”

While apologizing to one another outside after the dinner, Jack helplessly utters, “I can’t teach him to be black,” which Mr. Lawrence assures him he definitely should not be trying to do. Instead, the teacher hands Jack a book of Langston Hughes poems; the author is a favourite of Randall’s, who will go on to recite “I, Too” for his father by heart when Jack heads up to Randall’s room to talk to him after their dinner. 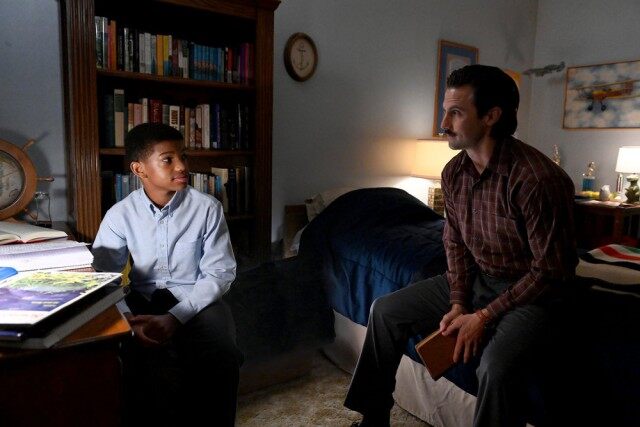 “Jack and Rebecca love Randall. I mean, love that kid so much that I think as much as they are there to teach him, they’re learning so much from him… Jack even said it, Randall is his whole world, his kids are his whole world,” Ventimiglia said during the Q&A. “Jack’s approach of course, as shown by Rebecca, is the wrong way to go even though his intention of his son who he raised, who he loves, who he wants to give the world to, [is good].” 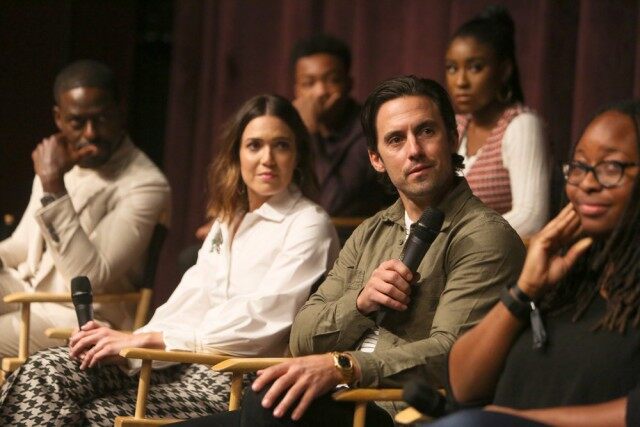 The father-son moment from the past is a beautiful parallel to present-day Randall closing the episode with his wife and daughter. Randall asks Déjà to tell them more about Malik so they can really get to know him, and we see the end of what she calls the “best day of my life.” It’s hard to not feel transported to your own first taste of teenage romance as Déjà freaks out when Malik tries to hold her hand, which is followed by their heart to heart in the park; when they share their sweet first kiss; or when he takes her to see the lights along Boathouse Row that trigger a sweet childhood memory for Déjà of visiting her grandmother in the City of Brotherly Love when she was little. The end result is feeling like you’ve just watched a very important episode — not a solo effort, but the groundwork for even bigger conversations on race, class and love.

Whether you were on board with Randall’s family moving to Philadelphia or not, the city is truly the perfect backdrop for all that “This Is Us: has in store — and is capable of.

For even more from the cast at the Q&A, watch ET’s exclusive interview with Ventimiglia and Moore below.

‘This Is Us’: Kevin and Cassidy’s Dramatic Moment Adds Fuel to Popular Season 4 Theory

‘This Is Us’ Sneak Peek: Kevin Rethinks His Life After Being Hit With Unexpected News (Exclusive)