Taylor Swift dropped a bombshell that is reverberating throughout social media.

In a tweet issued on Thursday afternoon, the 29-year-old singer alleges that Scott Borchetta and Scooter Braun are blocking her from singing any of her old hits in a medley she’ll be performing when she’s named Artist of the Decade at the upcoming American Music Awards.

Earlier this year, Borchetta sold his Big Machine label to Braun, who now owns the masters for all the music Swift recorded for the label (she left Big Machine for Universal Music Group in late 2018).

Swift has been publicly feuding with Braun and Borchetta ever since the deal went through in July, and is now claiming that they’re also preventing her from using any of that music in an upcoming documentary about her that’s in the works for Netflix — letting the cat out of the bag about what’s up until now been a top-secret project.

“I’ve been planning to perform a medley of my hits throughout the decade on the show,” she writes in a lengthy statement she shared with fans via Twitter.

“Scott Borchetta and Scooter Braun have now said that I’m not allowed to perform my old songs on television because they claim that would be re-recording my music before I’m allowed to next year,” she writes.

“Additionally — and this isn’t the way I had planned on telling you this news — Netflix has created a documentary about my life for the past few years,” she adds. “Scott and Scooter have declined the use of my older music of performance footage for this project, even though there is no mention of either of them or Big Machine Records anywhere in the film.”

In addition, Swift further alleges that Borchetta is using this as leverage to prevent her from enacting her plan to re-record all the music she released via Big Machine, which she is legally allowed to do next year.

“Scott Borchetta told my team that they’ll allow me to use my music only if I do these things: If I agree to not re-record copycat versions of my songs next year (which is something I’m both legally allowed to do and looking forward to) and also told my team that I need to stop talking about him and Scooter Braun,” she continues.

Don’t know what else to do pic.twitter.com/1uBrXwviTS

“I feel very strongly that sharing what is happening to me could change the awareness level for other artists,” she continues. “The message being sent to me is very clear. Basically, be a good little girl and shut up. Or you’ll be punished. This is WRONG. Neither of these men had a hand in the writing of those songs. They did nothing to create the relationship I have with my fans.”

On that note, she’s asking her fans to step in and let Braun and Borchetta “know how you feel about this,” as Braun “manages several other artists who I really believe care about other artists and their work.” Braun manages Justin Bieber, Ariana Grande, and Demi Lovato.

“Please ask them for help with this,” Swift implores her fans. “I’m hoping that maybe they can talk some sense into the men who are exercising tyrannical control over someone who just wants to play the music she wrote.”

RELATED: Taylor Swift Names Scooter Braun As Her Reason Why She Didn’t Perform At Manchester And Parkland Benefit Concerts

On Friday morning, Big Machine Label Group issued a statement claiming to be “shocked” by Swift’s statement, which the label claims is “based on false information.”

“At no point did we say Taylor could not perform on the AMAs or block her Netflix special,” the statement reads. “In fact, we do not have the right to keep her from performing live anywhere. Since Taylor’s decision to leave Big Machine last fall, we have continued to honour all of her requests to license her catalog to third parties as she promotes her current record in which we do not financially participate.”

In fact, Big Machine alleges that Swift owes the label “millions of dollars and multiple assets” and has been in discussions with her team about how to proceed, complaining that Swift’s inflammatory social media posts are impacting “the safety of our employees and their families.”

“Taylor, the narrative you have created does not exist,” Big Machine’s statement continues. “All we ask is to have a direct and honest conversation. When that happens, you will see there is nothing but respect, kindness and support waiting for you on the other side. To date, not one of the invitations to speak with us and work through this has been accepted. Rumours fester in the absence of communication. Let’s not have that continue here. We share the collective goal of giving your fans the entertainment they both want and deserve.”

It didn’t take long for Swift to respond, and her reps issued a statement refuting Big Machine’s denial. In Swift’s latest statement, her reps point out that Swift’s claims that the label is blocking her from performing her Big Machine-era songs at the AMAs or use these songs in her Netflix special remain unchallenged; the label’s statement says, “At no point did we say Taylor could not perform on the AMAs or block her Netflix special” or prevent her “from performing live anywhere” — which is not at all what she’s alleging.

Here’s Swift’s statement in its entirety, including an alleged letter from Big Machine that expressly states the label “will not agree to issue licenses” for those songs:

The truth is, on October 28, 2019 at 5:17 p.m. the Vice President, Rights Management and Business Affairs from Big Machine Label Group sent Taylor Swift’s team the following:

“Please be advised that BMLG will not agree to issue licenses for existing recordings or waivers of its re-recording restrictions in connection with these two projects:
The Netflix documentary and
The Alibaba “Double Eleven” event.”

To avoid an argument over rights, Taylor performed three songs off her new album Lover at the Double Eleven event as it was clear that Big Machine Label Group felt any televised performance of catalog songs violated her agreement. In addition, yesterday Scott Borchetta, CEO and founder of Big Machine Label Group, flatly denied the request for both American Music Awards and Netflix. Please notice in Big Machine’s statement, they never actually deny either claim Taylor said last night in her post.

Lastly, Big Machine is trying to deflect and make this about money by saying she owes them but, an independent, professional auditor has determined that Big Machine owes Taylor $7.9 million dollars of unpaid royalties over several years.

It didn’t take long for Swift’s furious fans to spring into action and unleash a social media onslaught; within minutes of Swift’s tweet the hashtag #IStandWithTaylor became the top-trending hashtag on Twitter, while #FreeTaylor is trending at number 3.

Celebs also took to Twitter to join in the outrage.

Swift’s “ME!” collaborator Brendon Urie addressed the newest development on his livestream. “Scooter Braun s**t, like what a piece of s**t, right? You guys know about this dude?” Urie said. “It just like broke my heart, I read Taylor’s statement and I was like, ‘That sounds about right.’ Toxic dudes doing toxic bulls**t in this toxic industry.” 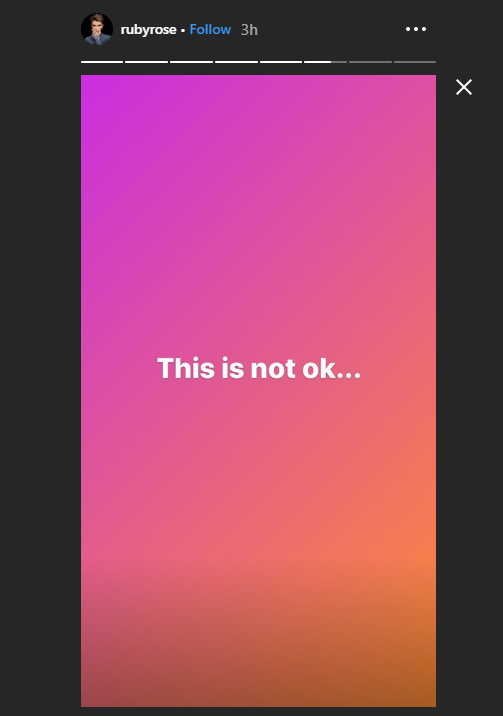 📸 | @halsey via her IG Story #IStandWithTaylor

“This is hoping to silence her from speaking about things by dangling this over her head.” pic.twitter.com/9LDcVNRDFo

what a complete power pull @scooterbraun @scottborchetta. the way this industry is set up, there are times where we have to get legal permission to perform anything we share rights to. but denying access like this is solely to play with and diminish a person. https://t.co/noNDUeFzYE

Scott and Scooter, you know what the right thing to do is 🙏🙏
Taylor and her fans deserve to celebrate the music!!

Solidarity with Taylor here, this sounds awful, and people wonder why music hasn’t had its #MeToo moment ? https://t.co/lqfRVfhDYK

It genuinely genuinely makes me sick to my stomach

Scooter and Scott sold Carlyle Group on false premise: Taylor would cooperate on them buying her catalogue. She will not. This is a disaster for them. As businessmen they have to cut their losses and sell Taylor back her catalogue, otherwise it's negligence to their investors.

Ed Sheeran replied to a fan who questioned his friendship with Swift. “I have been speaking directly to her, like I always do,” he said.

Even Justin Bieber seemed to address the drama in his Instagram Stories: “I’m having a rough day, thought I’d share, remind you ur not alone. Keep pushing.” 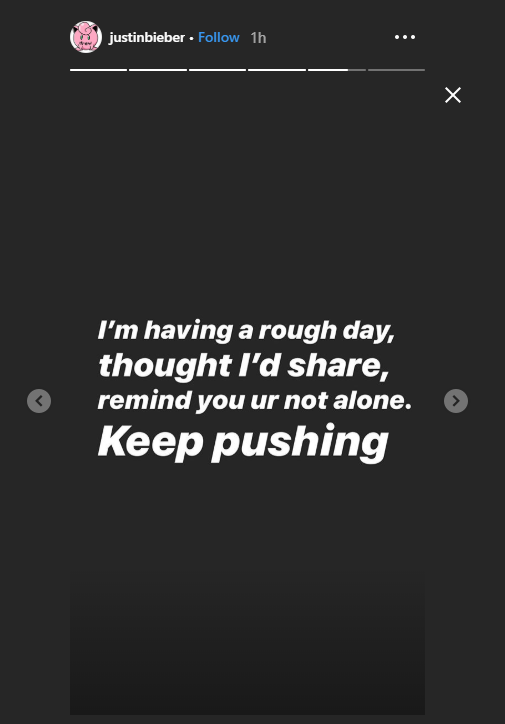 Here’s a sampling of what Braun and Borchetta have to look forward to from Swift’s fans:

I’m disgusted.
I’m furious.
I’m heartbroken.
I’m so proud of her.
I’m not going to shut up about it.#IStandWithTaylor

taylor swift has been writing her songs since the age of 13. she puts her soul, her heart, and her tears into her music. it is not fair for two men to dictate what she does with HER music. #IStandWithTaylor pic.twitter.com/OxcBOoN4JZ

You know what’s really scary? The fact that Scooter and Scott are doing this with an artist as huge as Taylor. Can you imagine what they’ve probably done to much smaller artists? I don’t even want to. I’m so disgusted. #IStandWithTaylor

WHEN TWO MEN WITH NO TALENT TRY TO BRING DOWN THE ARTIST OF THE DECADE: UH NO HONEY#IStandWithTaylor pic.twitter.com/zwiuj9RoTr

IMAGINE an "artist of the decade" performance by Taylor Swift without Love Story, You Belong with Me, Blank Space, AND SHAKE IT OFF ??? #IStandWithTaylor

#IStandWithTaylor for a music industry where women are free and are allowed to own what's theirs. https://t.co/9yze6QQr2J

CAUSE I KNOW THIS IS A FIGHT!