They met and found love on the Toronto set of “Charlie Bartlett” 13 years ago and now, as Canadian actress Megan Park and Tyler Hilton celebrate four years of marriage, the couple is about to hit the screen together once again in Lifetime’s “A Christmas Wish”.

The pair star alongside Hilton’s “One Tree Hill” co-stars, including Hilarie Burton, in the film, premiering on Nov. 28, and talked to us about acting together again, plans to move to Canada, good pal Taylor Swift and their recent wedding anniversary.

“We’ve been together for most of our adult life, and the marriage part just feels like icing on the cake,” says Hilton, who played musician Chris Keller on “One Tree Hill”, shortly after portraying Elvis Presley in 2005’s “Walk the Line”. “It has felt more exciting since we got married… it’s almost like we’re pretending to be adults and there’s something so cute about that! But there’s also something really insignificant about it, because we’ve been together so long and would have been together forever whether we got married or not. The marriage thing was just a total bonus.”

“It’s funny because we weren’t even sure we ever wanted to get married because we thought, ‘What does that even mean anymore?’” adds Park, who grew up in south Toronto and moved to Los Angeles after landing a role on “The Secret Life of the American Teenager” shortly after finding love with Hilton. “We’ve been together so long and felt stable and strong, so wondered what difference it would make, but it felt so special and has meant so much. We’re stronger and even closer.”

“And, Tyler taught me early on about giving each other room to change,” Park continues, about being together since their youth. “He was always like, ‘I don’t know what I’m going to be in two years and you don’t know what your path is.’ I always go back to that because I was only 19 when I first met Tyler and he was 22. We’re so different now, but we’ve managed to stay together because we give each other space for our interests and passions to change, which is really important because who knows what we’re going to be doing at 40. You need that room to grow.”

Through their years together, they have supported each other through personal struggles, like Hilton’s long battle with alcoholism, as well as professional endeavours, like when Park directed the dramatic music video for Hilton’s “City of Fire” video – the single from his album of the same name, which he released in January and is currently touring alongside another “One Tree Hill” alum, Kate Voegele.

When it came to working together on “A Christmas Wish”, Park and Hilton jumped at the chance after Burton first asked Park if she would play her sister in the movie, then checked how she would feel about Hilton playing her love interest.

The plot follows Faith (Burton) as she gives into encouragement from her sister Maddie (Park) to enter a wish for love into their town’s Christmas wishing box. A handsome man named Andrew turns up the next day, but Faith increasingly wonders if it’s actually her bestie, Wyatt (Hilton) who the wish is leading her to.

Park says she and Hilton have always found working together more of a blessing than a challenge. “We’re not overly dramatic or emotional people, so we work really well together,” say the actress, who has starred in several Christmas movies and is now filming “The Moodys”, a limited series premiering on Fox on Dec. 4, which is an adaption of the Australian series “A Moody Christmas”. “When we were directing ‘City on Fire,’ Tyler was really generous in letting me have a creative vision, so we’re good at supporting each other, but not being up in each other’s business. If anything, it feels really nice to have your life partner there if you need a little extra emotional boost.”

In the case of “A Christmas Wish”, the couple also had some of their closest friends around for support, with “One Tree Hill”’s Lee Norris, Antwon Tanner, Barbara Alyn Woods and Colin Fickes also starring in the film.

But it’s Burton, with whom Hilton previously starred in 2013’s “Christmas in the Bayou” and 2018’s “The Christmas Contract”, who the couple are closest with and they admit they’re still devastated that work commitments recently kept them from attending Burton’s wedding to “The Walked Dead” star, Jeffrey Dean Morgan. The couple attended Hilton and Park’s Malibu nuptials in 2015.

“Talk about FOMO!” Hilton says. “The thing about not having steady work is you can never plan when you’re going to have vacation, but all of our friends are in the same business so they understand. Everyone was texting us and seemed to have a blast, but I don’t even know if I want to hear about it because I’m still too bummed that we couldn’t go!”

The two couples have formed strong family-like vibes, thanks to Hilton and Burton remaining close after “One Tree Hill”, then Hilton going on to star in TV series “Extant” alongside Morgan. Hilton is full of praise for Burton and Morgan as both entertainers and parents.

“They’re great parents who have raised two really great kids, they have a wonderful home and they’re just earthy people and professional,” says the “When the Night Moves” singer. “It’s so hard to be in this business and stay unemotional and focused, but they’re pros. Then to take those two careers and put them into a relationship with the understanding that people are going to be out of town all the time and that you have to make a commitment to visit the person and keep the family together – that’s something Megan and I relate to a lot. We don’t have a lot of couple friends, where both people are entertainers.”

Of course, there is one other friend who can relate to dating someone else in showbiz – Hilton’s childhood friend, Swift! The songstress was just 15 when Hilton first met her, and the Swift family would become instrumental to his transition to Nashville, offering up their house boat for Hilton to stay on when he needed a place to crash. Hilton was also invited to star as the singer’s crush in her “Teardrops on My Guitar” video in 2007.

The musician was thrilled to reunite with Swift when they both performed in Dallas in October 2018. “She was playing 100,000 people and I was playing to a lot less!” Hilton laughs. “But after my show, I went over to see her and got to catch up with her and her family, who I’ve known forever and who really helped me out when I first came to Nashville. She’s still so sweet and killing it. As I watched her on stage, I was thinking how I remember seeing her in this tiny country saloon in San Bernardino, Calif., and she was killing it just playing for whoever was there, and now here she was playing to 100,000 people in a stadium. It’s wild.”

Now as Hilton and Park prepare to wrap up their year by spending Christmas with their families in California, they’re excited for 2020, with Park preparing for writing and directing gigs and Hilton hoping to tour Europe and Australia. 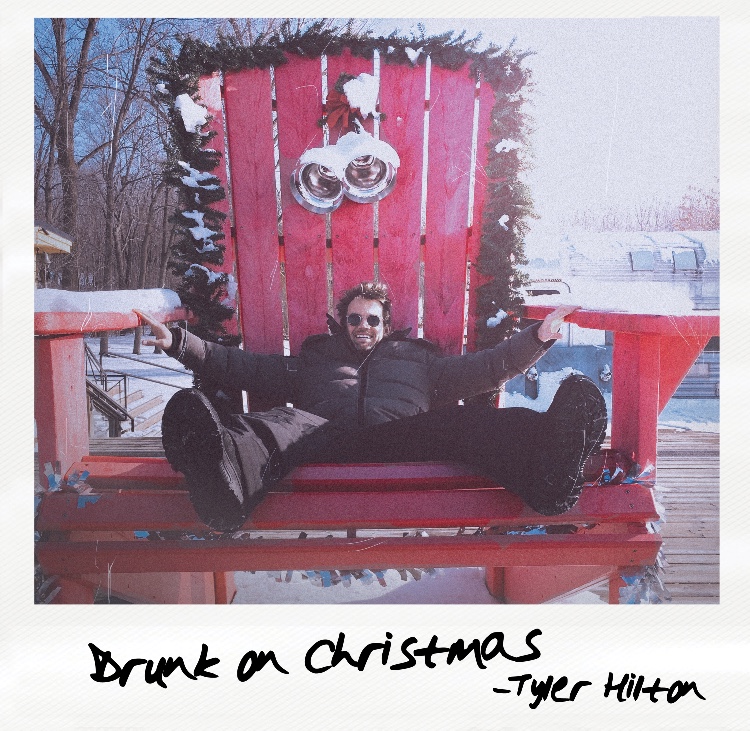 Hilton is also currently in the process of getting Canadian residency, so they can move towards splitting their time between Toronto and Los Angeles, starting next year if all goes according to plan.

“My whole family is Canadian and everyone’s here, and there’s a really vibrant film and television scene, as well as music, so we love it,” Park says. “We’re in a nice position now where we can be away and still be working, especially now that I’m doing a lot of writing. So, we’re really looking forward to spending more time here… although we’re going to strategically avoid the winter!”