Scooter Braun is speaking out.

After months of silence, the music manager addressed the drama with Taylor Swift on Thursday in a Q&A at the 2019 Entertainment Industry Conference, co-sponsored by Variety and the Hollywood Chamber of Commerce. Though Braun didn’t mention Swift by name, he shared a clear message about the artist’s beef with him, suggesting a face-to-face conversation could help clear the air.

“I haven’t talked about this in six months. Not once. I haven’t made a statement about it,” Braun told Shirley Halperin, event moderator and executive editor for music of Variety. “When there’s a lot of things being said and a lot of different opinions, yet the principals haven’t had a chance to speak to each other, there’s a lot of confusion.”

“I’m not going to go into details here, because it’s just not my style. I just think we live in a time of toxic division, and of people thinking that social media is the appropriate place to air out on each other and not have conversations. And I don’t like politicians doing it. I don’t like anybody doing it, and if that means that I’ve got to be the bad guy longer, I’ll be the bad guy longer, but I’m not going to participate,” he added.

Swift’s beef with Braun went public in June, when she accused him of “bullying” her with his purchase of her former record label, Big Machine, through his company, Ithaca Holdings. The deal gave Braun the rights to Swift’s master recordings that were made prior to her exit from the label in 2018. Legions of Swifties got involved on social media, while celebs took sides in the debate. Then, earlier this month, Swift made another claim, that Braun and his business partner, Scott Borchetta, were blocking her from performing her old hits at the 2019 AMAs as well as preventing an upcoming Netflix documentary about her. After days of back-and-forth statements, Big Machine revealed on Monday they had reached an agreement to allow Swift to perform the songs. 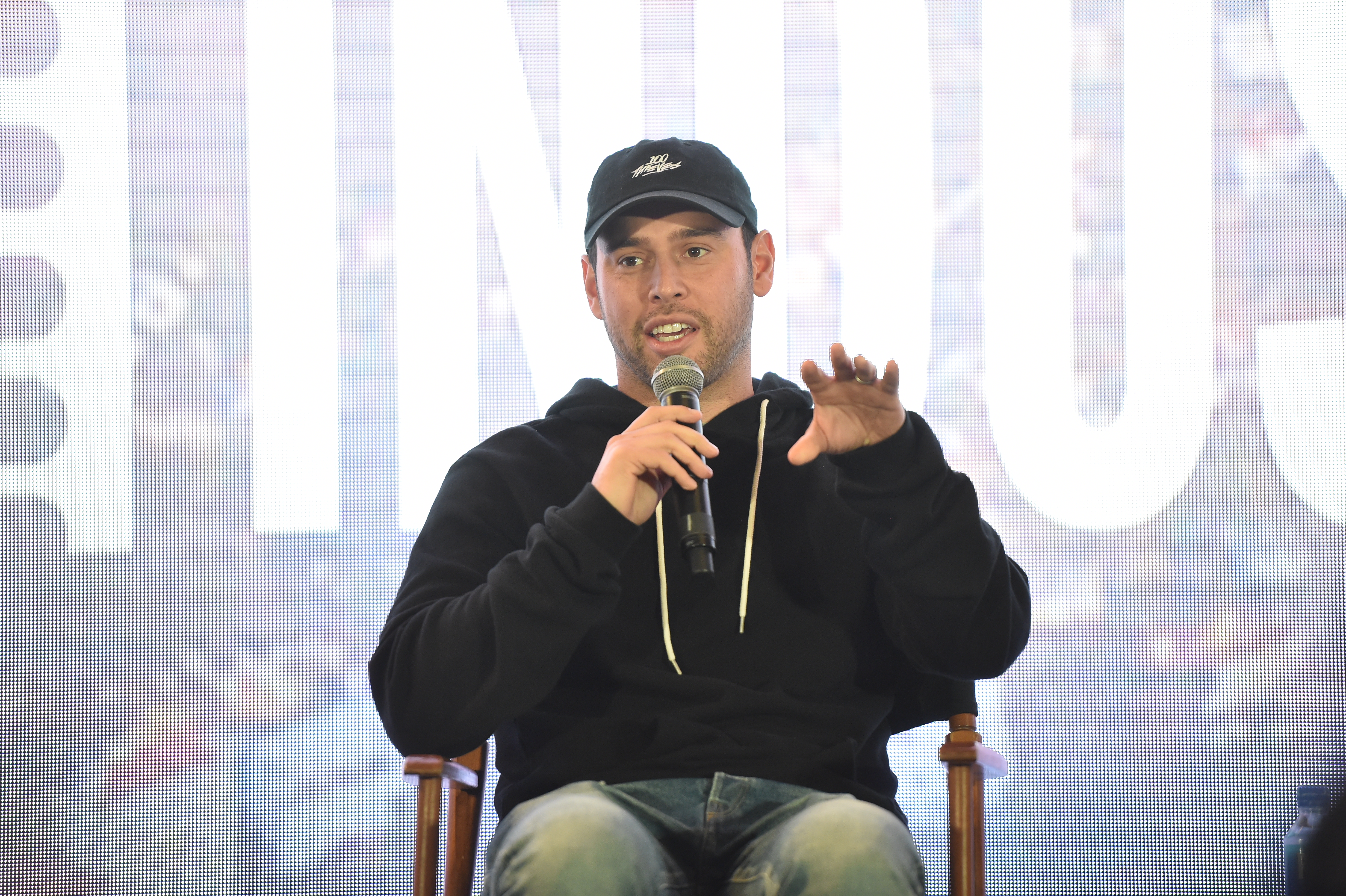 “What I’ll say is, people need to communicate, and when people are able to communicate, I think they work things out,” Braun said on Thursday. “And I think a lot of times things are miscommunications, because I believe that people are fundamentally good. I think there are a lot of real problems in the world, and I think that these problems that are being discussed can be discussed behind closed doors and figured out pretty easily, and it’s something I’ve wanted to do for six months. And it’s hard, because I can handle it pretty easily, but when it gets to a place where there’s death threats and there’s offices being called and people being threatened…  it’s gotten out of hand. And I think people need to come together and have a conversation, because that’s not what we got in this industry for.”

“And the only good thing for me is that when you get knocked down on some stuff, you get to find out who your real friends are real quick,” he shared. “And watching some people in the industry who might smile in your face, and then suddenly you’ve got a little dent in the armour and they come trying to kick it in even more, it doesn’t bother me, but it lets me know where I stand.”

The manager pleaded again to meet face to face.

“I’ll just say it on a grander scale. I don’t like watching it in politics. Right now we’re in a scary time where people say things and then people might not be in the right mindset and do really horrible things. And we’re inciting all of this by continuing these arguments in public. We just need to go behind closed doors and see if we can have a conversation. And if we’re not having conversations, then I don’t think we’re going to find resolution,” he expressed.

See more on the drama in the video below.

Taylor Swift vs. Scooter Braun: A Timeline of Their Big Machine Feud