A hand-written letter by Princess Diana was just auctioned off.

The letter between the late Princess Diana and Ivy Woodward discussed Princes William and Harry and how much they were looking forward to Christmas that year.

“The boys are thrilled at the prospect of Christmas on the horizon,” Diana wrote in the message dated Dec. 5, 1990, “and have searched high and low for any parcels that might be coming their way!”

Diana befriended Woodward at the hospital while Prince Charles was being treated for a broken arm. Woodward’s son, Dean, was in a coma after a motorcycle accident.

“It was lovely to hear that Dean has improved so much but he wouldn’t be here now if it wasn’t for his mother and your determination and strength to get him back to full health again,” Diana wrote. 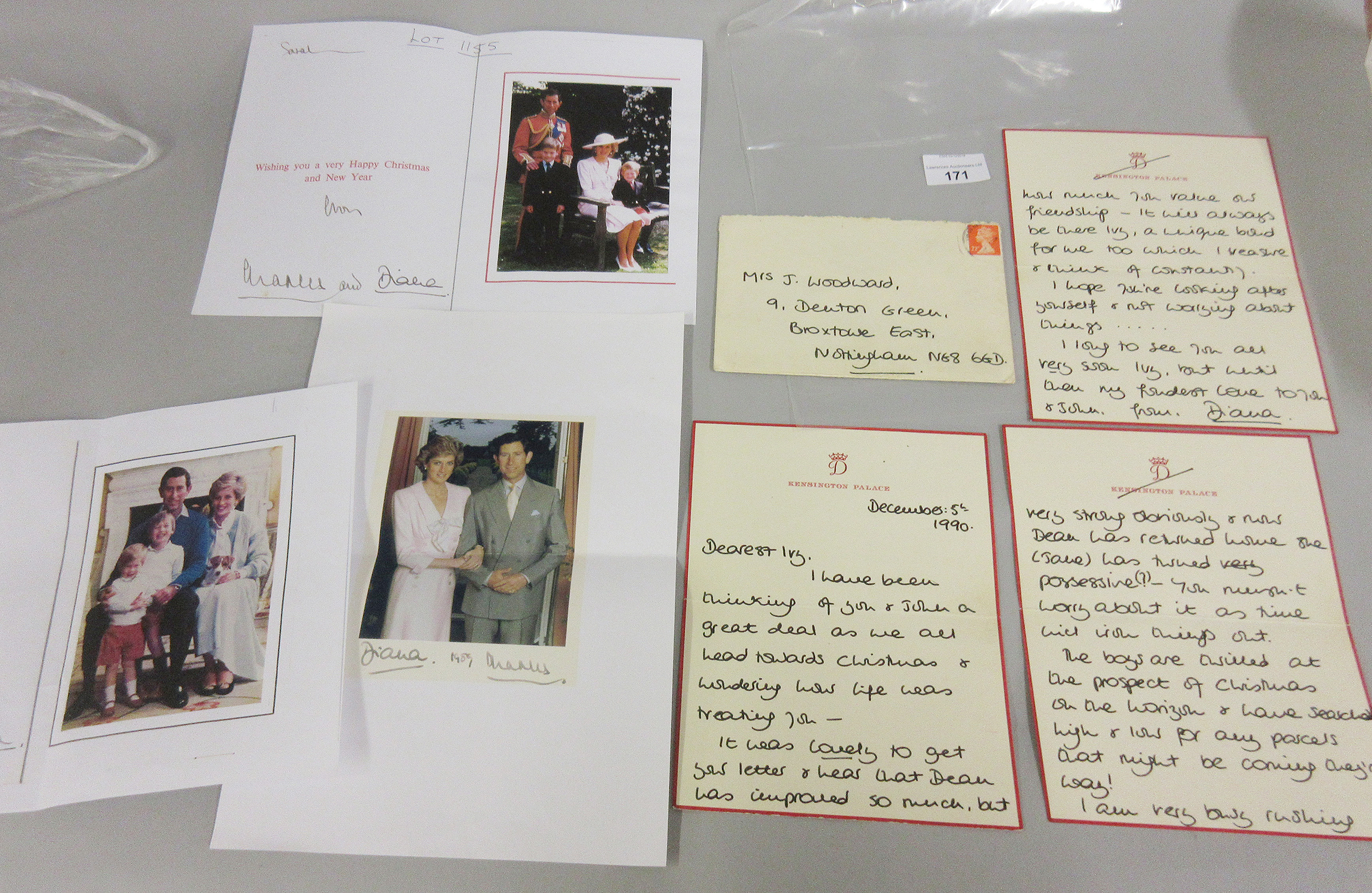 She also gave advice to Woodward who seemed to be disagreeing with her son’s wife.

“Maybe Dean’s lady feels resentment for not being able to cope with that situation back in August and that can produce guilt and in turn confusion arrived and people are hurt and now Dean has arrived home and she (Jane) has turned very possessive. You mustn’t worry about it as time will iron things out,” she added.

Another letter up for auction was to her personal bodyguard, Sergeant Lewis. She signed the letter: “a Huge Thank You from the Boss’s Wife and Love from Diana.”

The letters that were auctioned by Lawrences Auctioneers of Bletchingley, Surrey were expected to bring in over $4000 Canadian.