Winnipeg-born star Aleks Paunovic is everywhere. In light of his work in “Stargate: Atlantis”, “War for the Planet of the Apes”, “Van Helsing” and many more, it is hard to imagine Paunovic has time to even breathe.

And his career doesn’t look to be slowing down. His role as Julius on “Van Helsing” might be coming to an end as the show wraps but Paunovic can still be seen in “Snowpiercer” opposite Jennifer Connelly and Daveed Diggs, or in the upcoming film “Chained”, about a 13-year-old boy who befriends a criminal he finds chained inside an abandoned warehouse next to a dead body, which is currently being filmed in Kelowna.

On top of his on-screen work, Paunovic and a team of people, including Canadian actress Melissa Elias, are opening their passion project Wonderlight Studios, which will change the Canadian film landscape bringing world-class talent to Manitoba. Paunovic shared some details about the four-stage studio with ET Canada and what it means for the province.

Check out his full interview below:

You are easily one of the busiest Canadian actors and now you are opening a studio in Manitoba- congrats! What can you tell me about it?

Right now we don’t have an opening day, we are just putting all the pieces together. We have been working on it for about a year and one of the best things about it, being from Manitoba and seeing the growth and talent that have come from there and seeing how they flourished in the last 20 years. There is a group of us and a couple people from L.A., one ran Disney studios for two years, and we saw the potential for a four-stage studio comparable to the studios in Vancouver. There is no infrastructure to house these massive productions and for Manitoba having the best tax credit in North America, is something that we are hoping to help with. The government has been really co-operative, we’ve had some different conversations with different educational facilities. One of our big things is we really want to pursue Manitoba talent, Manitoba education so they can get their education in the province and then be able to work in the province so we can just keep on creating crew. One of the coolest things for us was Tyler Perry’s studios because there was a great tax incentive in Atlanta and Tyler is from Atlanta and that is really inspiring to us to see what can be done.

What would be your dream project to bring to Wonderlight Studios?

A Marvel movie, that is what we are going for to equip the studio so that Marvel can come in and shoot for a year and have everything that they need in Manitoba. That would be a dream! Another dream would be a massive series that doesn’t use Winnipeg as other locations.

You are currently filming “Snowpiercer”, what is it like working with Jennifer Connelly and Daveed Diggs?

Listen, I kinda fangirled. Not over Jennifer Connelly, I think she is absolutely amazing and I would have if Diggs wasn’t there because I am a huge Alexander Hamilton fan. Huge! So I was a little starstruck because I know all the songs and all of a sudden I am sitting there in the chair. So I played it cool going “Hey man, how’s it going? Okay, listen, I gotta tell you, I’m a huge fan.” I kinda just went off. But he is a great guy to work with and extremely talented and Jennifer is on another level… Watching her manoeuvre through a  scene and troubleshoot certain situations, she is one of the smartest actors I have ever worked with.

And those aren’t the only big names you have worked with. Everyone from Anthony Hopkins, Tom Hardy, Elijah Wood, the list goes on. Who has been your favourite to work with?

I would have to say Hopkins and Jason Momoa, who is a good friend of mine and we worked on “See” together and that was an amazing experience because I am such a fan of other people’s success and working with Jason on “Stargate: Atlantis” and forging this friendship and then years later he is at the position he is now and we get to work together again, it has just been a joy, inspiring and thankful I am even in this position. I love seeing that type of growth. And then Hopkins to me was just surreal. He was literally my favourite and then I had the opportunity to work with him and we just hit it off. We started talking about boxing and then all of a sudden we were buddies texting each other. I cherish not only that but the education he gave me by sitting there and talking. He is such a genuine person and he loves just getting to know people. For someone of his calibre, it was my best moment. 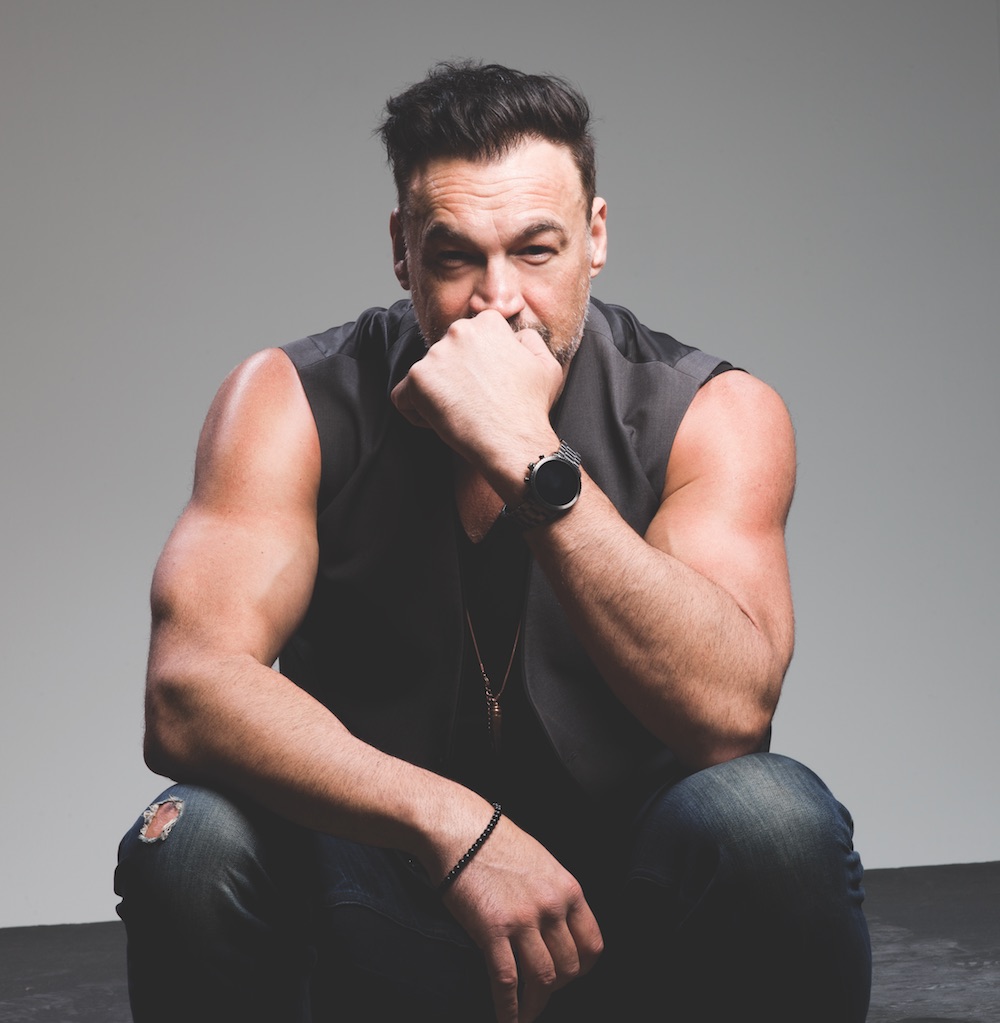 Do you still text with him?

We haven’t in a while. He is so friendly he gives out his number and then he gets flooded. We were there for a while sending videos back and forth. He doesn’t like to text a lot, so he will just send me a video of him talking. I’m like, “This is the best thing. EVER!”

There is another “Planet Of The Apes” in the works. Will you be reprising your role as Winter?

Umm, I can’t really talk about it. Who knows? We’ll see, how’s that?

You mentioned Marvel earlier. If you could be in any franchise, which one would it be and who would you star as?

I would have loved to have Brando’s part in “The Godfather”. I think that would be so interesting. I love sci-fi but that kind of stillness and all the information is underneath the acting, which makes the acting that much better, you aren’t playing the information. I think that everyone in that film created that masterpiece, which to me is something that I would have loved to be a part of.

You also used to be in a heavy metal band, do you still dabble in that?

I still play once and a while. I am a huge fan of watching it, just been super busy with work so I really haven’t had a chance to get people together to play but yeah, I still slap that bass once in a while.

What about boxing? Do you still find time for that?

I am a huge fan of it and I just love going to the gym. There is nothing like an old gym where it stinks, that you know you are in the right gym. There is something about the smell of the leather and the heavy bags and the canvas of the ring that just makes me want to have a good workout. And I love teaching now, whenever I see a young kid hitting the bag I ask them if they want the hand pads and I can help them get a good workout. I just love that environment of pushing your body to the next level.

Last, what tips would you give young Canadians looking to get into acting?

It is the f**k it mentality. If you prepare and you do your work and then just let it go because you can’t change any energy in the room. Just prepare and let it flow and let it roll right off you. There is no wrong audition, you are going to learn from every audition. About booking it or not booking it, it is going to come. Sometimes you are going to book three in a row and sometimes you won’t book anything for a year. It is not about the booking. It is about, how is the job you did and what did you learn from it. That was a big one for me to really walk into a room and finally let the audition go after you walked out.