According to Yahoo! Entertainment, Macy updated her Instagram page by adding the logo to Vassar College in upstate New York, and adding “Vassar 2024” to her bio. 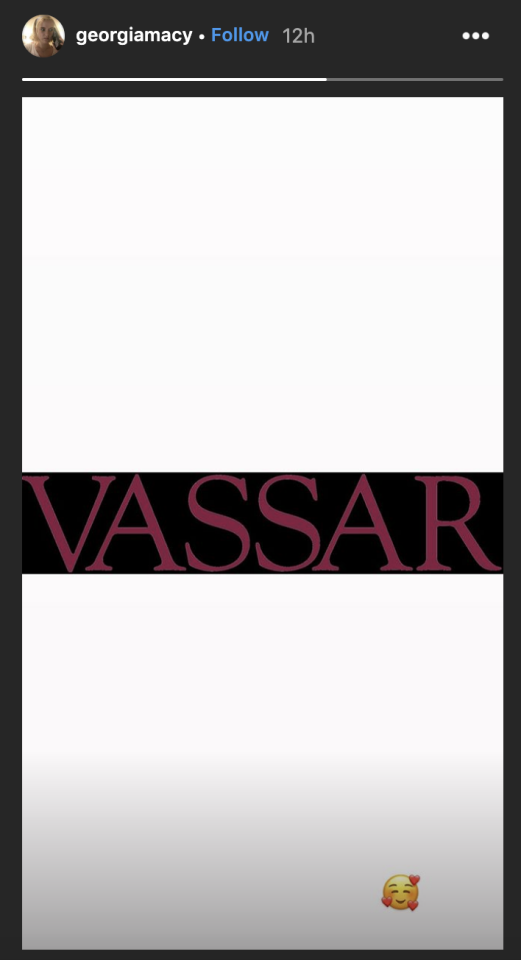 The timing of Macy’s possible reveal is somewhat awkward, coming just one month after her mother completed her jail sentence after pleading guilty to paying a $15,000 bribe to have a proctor improve the SAT scores of her eldest daughter, Sophia Macy.

According to documents from the case, neither Sophia nor Georgia was aware of their mother’s actions.

As for what Georgia will be studying, her father offered a clue in a recent interview with Parade, saying she was “interested in politics, political science and [is] pursuing that.”

Huffman was released after serving 11 days of her 14-day sentence after entering a guilty plea.