Star Trek: Into Darkness opens in theatres this weekend and its stars Zoe Saldana and Chris Pine are covering the June issues of Allure magazine and Men’s Health respectively.  The actors talk about dating other actors, being decisive and what makes them cry. 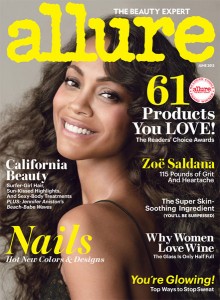 Posing topless for the June cover of Allure, Zoe shares her not-too-positive outlook on dating fellow actors. “Been there, done that, got the t-shirt,”; she tells the magazine, going on to share her decisive philosophy on pursuing what she wants.

“It’s okay to say “this is what I want’ and go after it,”; she says adding, “and if it doesn’t happen, it’s OK. Be a reasonable person with yourself.”;

And the woman takes her own advice! “[I might] end up with a woman raising my children,”; Zoe shares. “That’s how androgynous I am.”;  As tantalizing as that sounds, Zoe tells the magazine that going after what she wants is usually pretty easy considering she usually knows exactly what that might be. “If I have something good in front of me, it doesn’t matter if it’s a person or a pair of shoes, I’m not going to test something else.”;

And speaking of decisive, Zoe’s Star Trek co-star Chris Pine, who shows off his buff biceps on the June issue of Men’s Health, shares his secret for cooking for a girlfriend.  “Steak,”; the actor says. “Sear the meat to create a few nice lines, but know how long to grill it so you only have to flip it once.”; 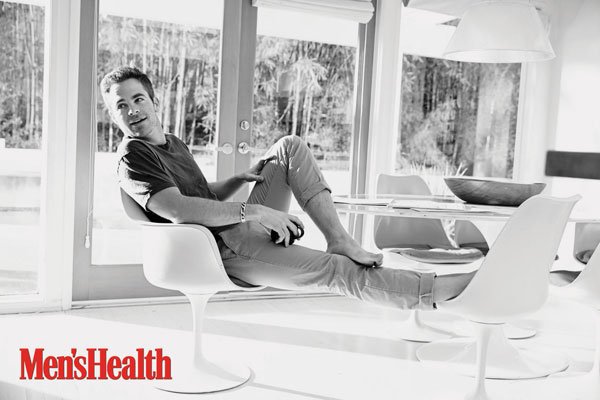 Now Chris might seem like a tough guy, talking about cooking red meat and all, but he doesn’t hesitate to share his sensitive side with the mag saying, “I cry all the time.  At work, at the shrink’s, with my lady. The Notebook killed me. Up destroyed me, [it] was like the animated Amour.”;

Want to know more about Chris’s shrink and passion for cooking good food for girlfriends? Visit MensHealth.com and be sure to watch Zoe get tested on her Star Trek knowledge below! And for more with the stunning actress, pick up the June issue of Allure, on newsstands May 21.