Reese Witherspoon has an impressive collection of shoes but is a few short now after her dogs got into her closet.

The “Big Little Lies” star shared the incident on Instagram with a picture of her bulldogs, Lou and Pepper, along with a poll asking which dog people thought made the mess of shoes in the hallway.

“Which one of you guys ate all the shoes?” Witherspoon questioned her dogs in a video. “Pepper, was it you?”

RELATED: Reese Witherspoon Is Fierce While Accepting Sherry Lansing Leadership Award: ‘My Time’s Up Sisters Believed In Me’ 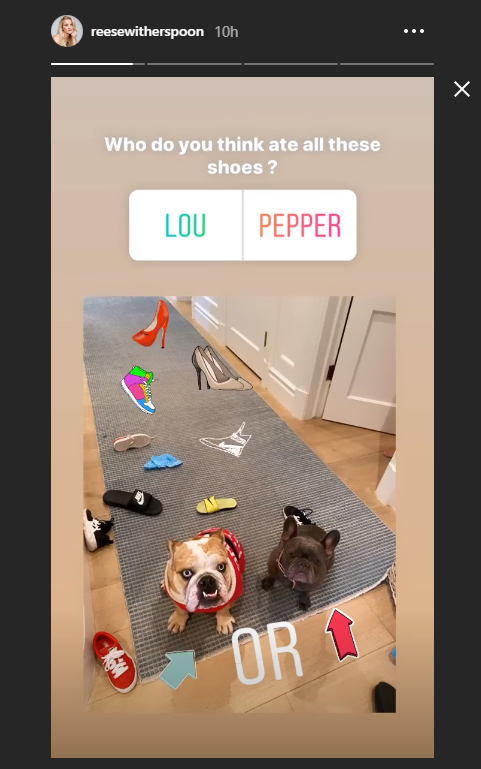 “Lou, did you eat all the shoes?” she asked her other dog.

If you guessed Lou was the guilty party, you were right. Witherspoon then shared another picture of Lou in a “shoe coma.” 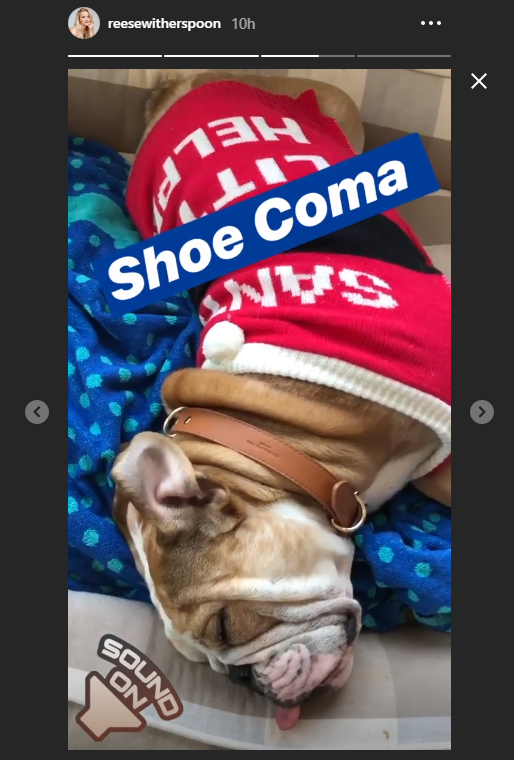 Lou is a bit of a trouble maker. The actress has previously shared a story about him chewing an area rug.

“But I forgave him,” Witherspoon added at the time.