Courteney Cox is offering a hilarious response to Instagram followers who think a recent picture of her is the spitting image of Caitlyn Jenner.

It all started when David Spade posted a photo of himself, Cox and former Bachelor Nick Viall on his own Instagram page.

As it turned out, the photo was besieged with comments pointing out how much the “Friends” star resembled Jenner in that particular photo.

That led Cox to repost the pic on her Instagram, along with a screengrab of some of the comments that were shared on Spade’s post. 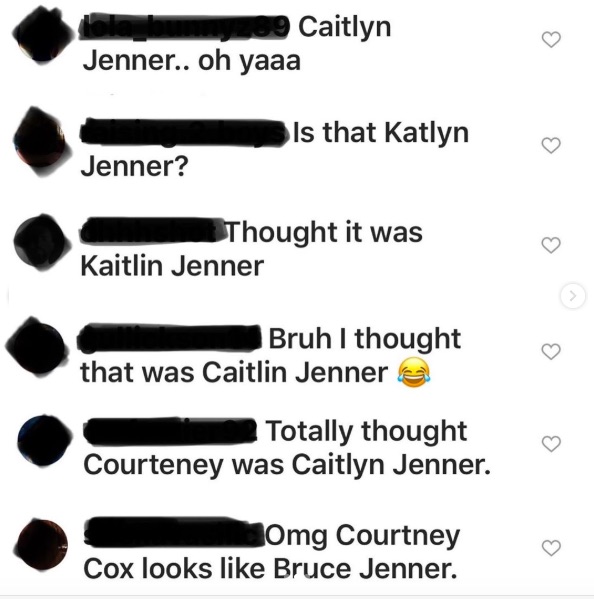 In the caption, Cox wrote, “@davidspade posted this pic, now I really didn’t think I looked like myself but this was surprising….”

In the third photo, Cox shares side-by-side pics of herself and Jenner, admitting, “Alright… I can see it.”

@davidspade posted this pic, now I really didn’t think I looked like myself but this was surprising….