Criss Angel is giving back this season.

During a show at Planet Hollywood on Dec. 21, the illusionist gifted his “Magic Wand Award” to the Driscoll Family who lost their daughter, Avery, to pediatric cancer. Avery’s mother Stephanie, is now an active supporter of the Make-A-Wish Foundation.

While presenting the family, Angel also gave a speech where he spoke about his son, Johnny Crisstopher, 5, who is currently undergoing treatment for the second time since relapsing with Leukaemia. 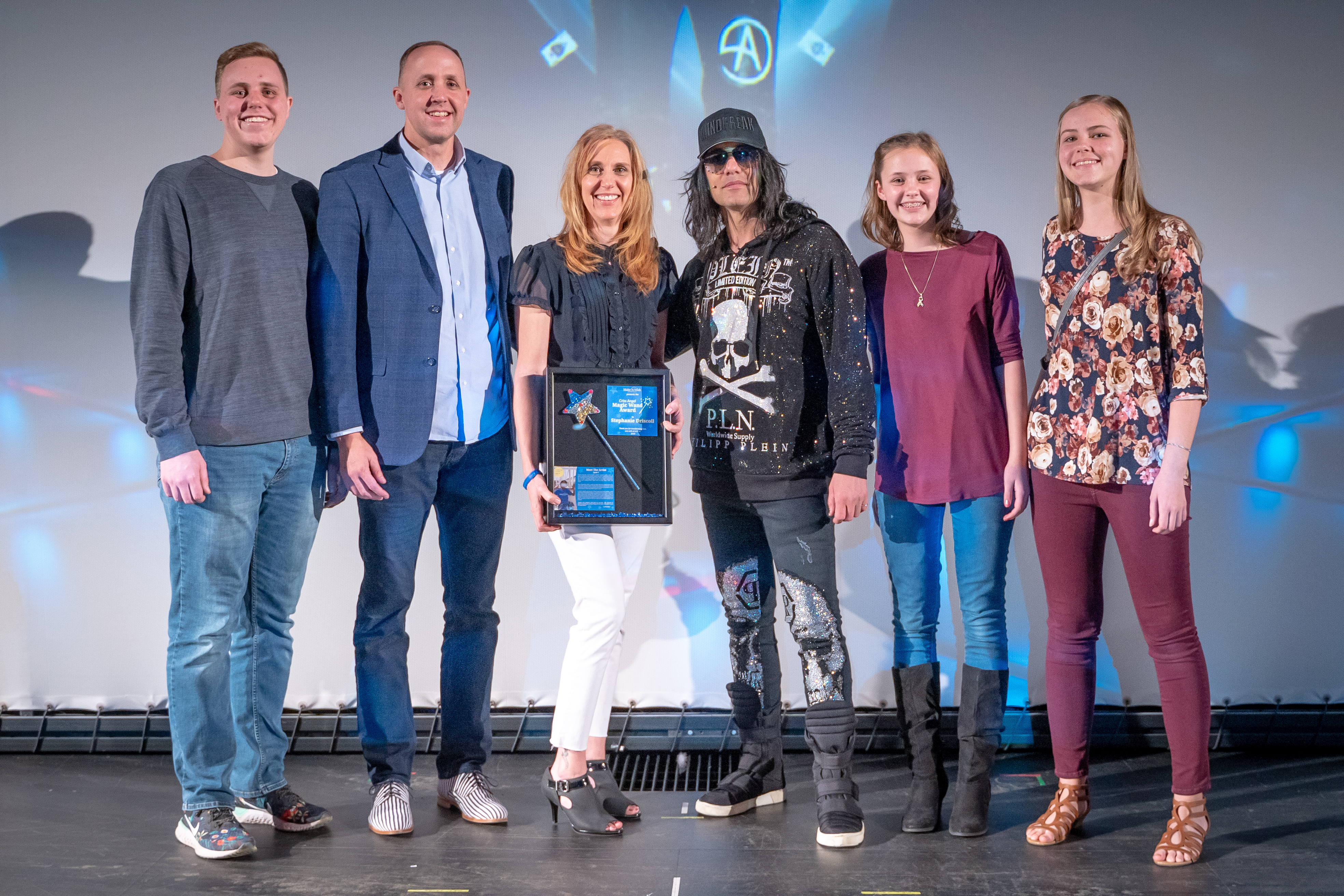 “I’m so honoured to present the ‘Criss Angel Magic Wand Award’ to such a strong and brave family, who know the devastation and pain of pediatric cancer all too well. My life’s mission is to raise awareness and provide funds for research, treatment and ultimately a cure; No family should have to suffer from this terrible disease,” he told the audience.

RELATED: Criss Angel Says His Straitjacket Accident Was Not A Publicity Stunt

In an interview at the same time, Angel talks about how hard it is to watch your children suffer with cancer. He also revealed that by the time his son is finished with treatment he will be 8-years-old and six of those years will be spent receiving treatment.

The performer is an active supporter of the Make-A-Wish Foundation, granting wishes to 49 children across the globe who have come to Vegas to meet him. Another 100 wishes for children in Southern Nevada have also been fulfilled.