Justin Bieber just announced his brand new album Changes, as well as dropping his latest track “Get Me”, featuring Kehlani.

Bieber’s fifth studio album is set to be released on Valentine’s Day.

The Canadian singer will be hitting the road with his new music on his North American Summer tour, the Changes Tour, later this year.

My new album #Changes out Feb 14. Pre-order and get the new track with my friend @kehlani ‘Get Me’ now https://t.co/ovrdEhwGGn pic.twitter.com/yVKOihI4HC

RELATED: Fiona Apple Throws Shade At Justin Bieber For ‘Gaming The System’ To Get To #1 On The Charts

Tickets go on sale the same day as the LP, with Bieber being joined by special guests Kehlani and Jaden Smith for the shows.

The tour will kick off in Seattle, before heading to the likes of Toronto, Quebec and Ottawa. 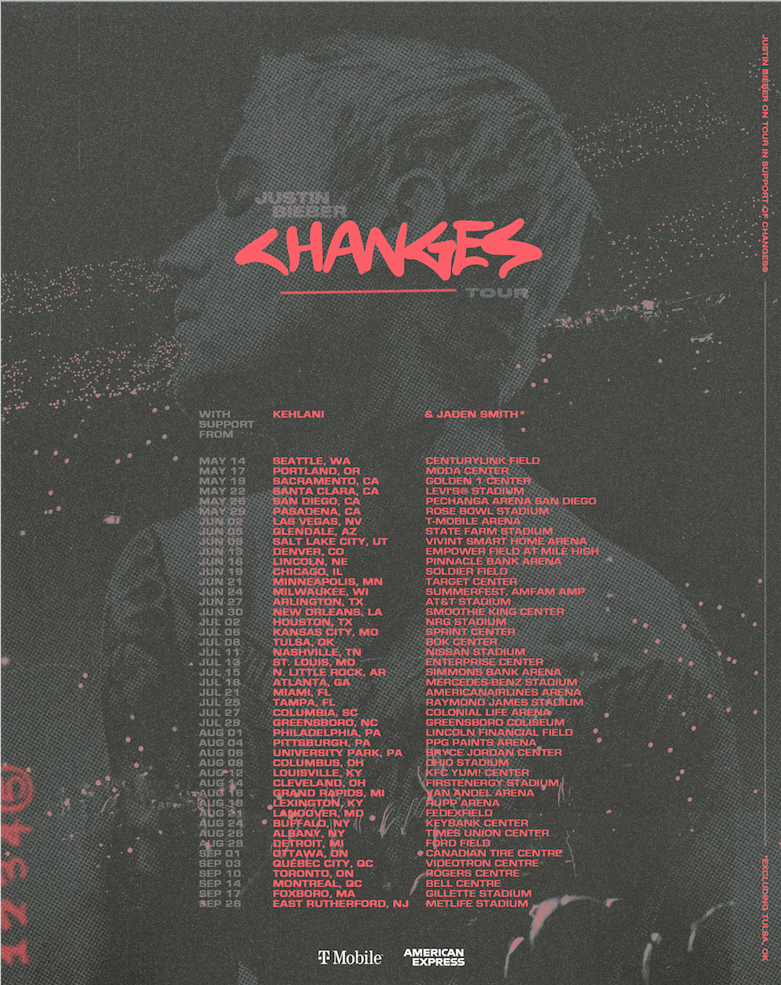 See some of the fan reaction to all the latest Bieber news below.

Justin Bieber’s and Kehlani’s new track Get Me is everything I didn’t know I needed pic.twitter.com/eaZuZbs7YM

WE FINALLY GETTING THE ALBUM AFTER 4 YEARS!!!! I'M SO READY FOR IT#JustinBieberSeasons #Changes #JustinBieber

I'm so exciting about this album!!! You're amazing ♥️

i am sooooo shook that within like 6 weeks of the original announcement we’ll have the actual album in our hands like whaat ????!! ugh @justinbieber a man.

The show sees the star getting very candid about the creative process behind his new album, rebounding from a dark period in his life, his battle with Lyme disease, and his romance with wife Hailey Bieber.

Changes Get Me Justin Bieber Kehlani Music The Changes Tour