The wait for Sam Hunt’s highly anticipated new album is almost over.

The new project will feature Hunt’s current Top 5 single “Kinfolks”, along with his new ballad “Sinning With You”.

Written by Hunt’s longtime collaborators Zach Crowell, Jerry Flowers, and Josh Osborne, “Kinfolks” is an ode to Hunt’s hometown and old friends, which still remain important despite his fame.

“I think of my family, but also I think of my people back home — beyond family. It’s my buddies who’ve been a part of my story from the beginning,” says Hunt in a statement.

RELATED: Sam Hunt Makes History, ‘Body Like A Back Road’ Sets New Record For Most Weeks At #1

In addition to the April 3 release date, the singer announced his plans to hit the road on the “Southside” summer tour 2020, with special guests Kip Moore, Travis Denning, Ernest, and a DJ set by Brandi Cyrus.

The tour kicks off May 28 in Charlotte, NC. See below for the full list of dates. 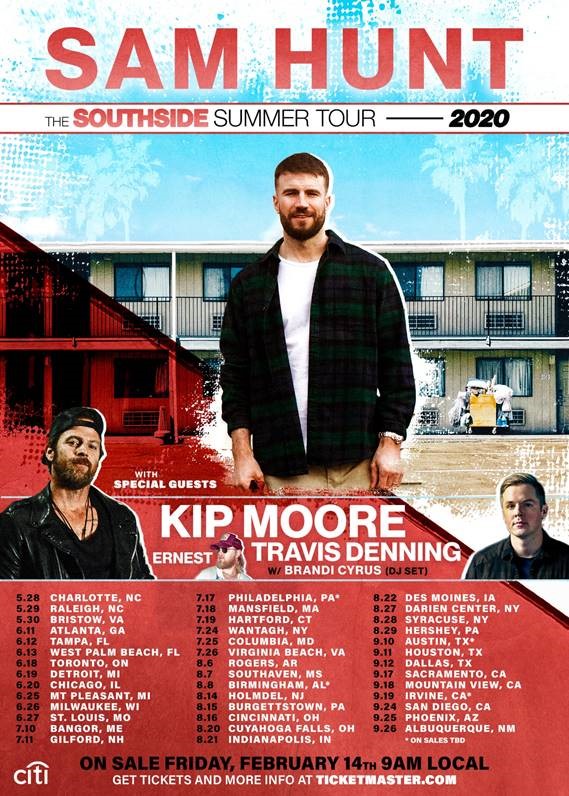