The actress, who stunned in a one-shoulder yellow gown, accessorized the dress with a Chopard necklace that was thought to be identical to the one the ladies set out to steal in the film.

“In the movie ‘Ocean’s 8’ we stole a necklace identical to this one,” Kailing told Variety.

“I felt happy to wear it,” she said, adding it comes with security guard.

Although Kaling didn’t know how much it was worth because the thought would “scare” her.

Mindy Kaling's #Oscars necklace is identical to the one they stole in #Oceans8 pic.twitter.com/cloJPsFJ1p

Reporter Marc Malkin pointed out that the necklace is way more than $100,000.

“Millions?” Kaling responded. “Now you are making me nervous.”

While the necklace was beautiful, the one in the film was made by Cartier and didn’t look anything like the one Kaling wore. 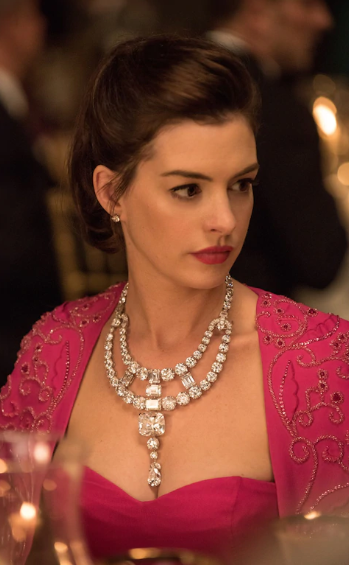