Donald Glover Takes Down Album After Surprise Release Over The Weekend

Donald Glover has been hard at work on some new music, and surprised fans on Sunday by releasing a trove of new material online… only to take it back hours later.

Glover unveiled the collection of songs, which may or may not be his next studio album, on a newly launched website, donaldgloverpresents.com.

Only hours after the release, though, Donald Glover Presents was seemingly taken down from the site.

The site was discovered by a Twitter user, who tweeted a link to the site.

A visit to the site greeted viewers with a cartoonish drawing of people gathered on a street, some partying while some panic, as buildings apparently burn in the background. Pressing a play icon resulted in the music starting. 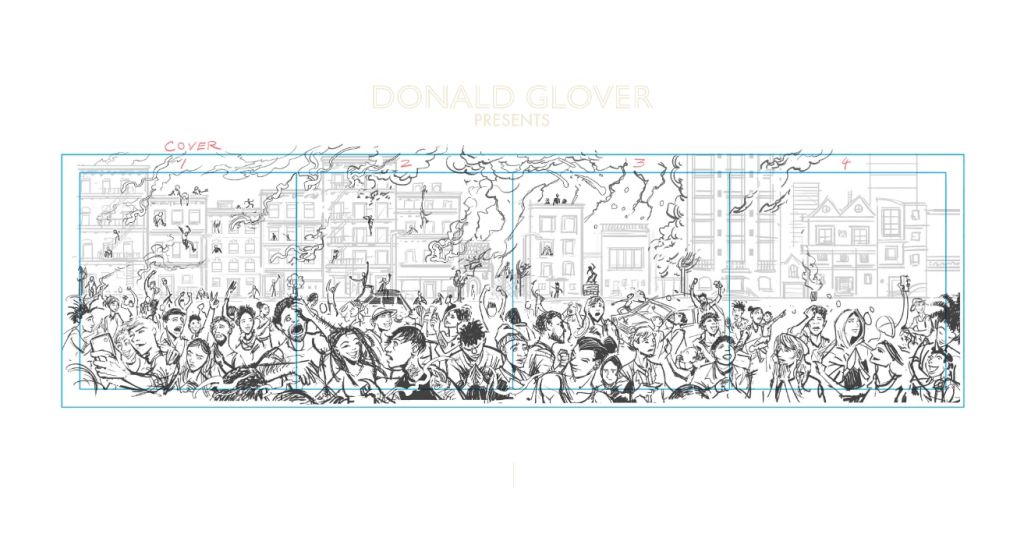 According to NME, Glover’s management retweeted that user’s tweet, apparently confirmed the songs are legit.

The new collection contains 12 tracks, including previously released single “Feels Like Summer” (which he released in 2018 under his Childish Gambino alter ego), “Warlords” (which he debuted last year during his Coachella headlining spot) and his 2019 single “Algorhythm, which was originally used in a commercial for the Google Pixel app.

There also some special guests on board, with appearances by Ariana Grande, 21 Savage and SZA.

For the time being, the only way the songs aren’t available on any streaming services, and can only be heard through the website.

Fans were quick to share their reactions to the new music:

all these months I’ve been waiting for frank but gambino was the saviour we all needed 🙏🏽 https://t.co/5GNE2D0Xnq

Childish Gambino done dropped a master piece on his website I- pic.twitter.com/0RTWKA1vrs