Jude Law and other notable screen and stage actors from the Harry Potter universe lend their voices to J.K. Rowling’s new entertainment experience.

ET Canada has the exclusive first scoop on Audible.ca‘s “The Warlock’s Hairy Heart” clip from Rowling’s The Tales of Beedle the Bard. Law, who plays Albus Dumbledore in the “Fantastic Beasts” film series reads Dumbledore’s notes in the Audible.ca clip.

“In this recording, beloved film and stage actors from across the Wizarding World perform individual stories from The Tales of Beedle the Bard in one unforgettable audio entertainment experience,” a press release reads.

“Full of magic and trickery, these classic tales entertain and instruct, remaining as captivating to young witches and wizards today as they were when Beedle first put quill to parchment in the fifteenth century,” the release adds. 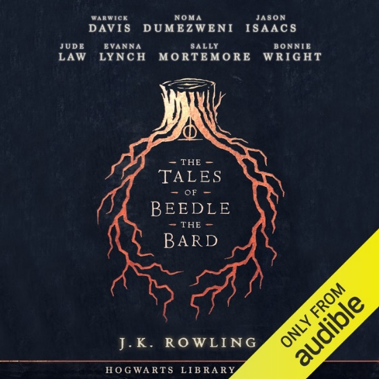 RELATED: Margot Robbie Is A ‘Massive Nerd’ For ‘Harry Potter’