While homebound students have been taking their classes online, some have been receiving visits from celebrity guest stars ranging from Kim Kardashian to Shaquille O’Neal.

As E! News reported, celebs have been randomly crashing online lectures and meetings to brighten up the proceedings with some surprise star power.

Kim Kardashian used Instagram Story to jump online and join a Georgetown class, pointing out that “some of the men on the chat were previously incarcerated for decades,” as well as plugging her new documentary “The Justice Project”. 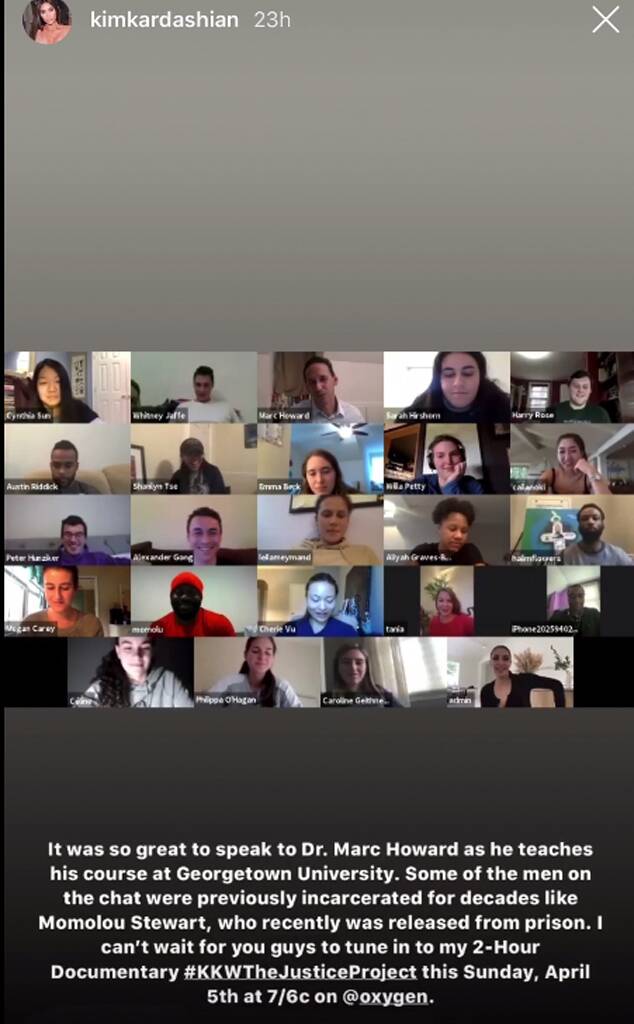 Matthew McConaughey Zoomed into a faculty meeting at the University of Texas Austin, with journalist professor Robert Quigley noting the whole thing was “surreal.”

Special guest in our Zoom faculty chat. This is surreal. pic.twitter.com/mRit63CljF

TikTok user Jessica Saucedo sent a DM to “Bachelor” host Chris Harrison asking him if he’d speak to her Ethics of Love and Marriage class — and he did, joking that it was “the most dramatic class yet.”

Football great Peyton Manning dropped into an online class at the University of Tennessee in Knoxville, sharing some words of encouragement with students.

Also getting in on the act was NBA legend Shaquille O’Neal, who dropped into a virtual first-grade class to surprise the kids as only he can.