Taika Waititi is getting Marvel fans all worked up.

The “Thor: Love and Thunder” writer and director hosted an Instagram Live session on Thursday where he teasingly leaked pages of the script.

“Thor squints, trying to make out the figure before him,” the script reads.

“You’re back,” Thor exclaims as Stark answers, “In the sack, baby!”

Thor questions how Stark can be alive when he died at the end of “Avengers: Endgame”. “Science. Also, Thanos is back,” Stark adds.

Stark then pushes button turning himself back into Iron Man “only this time the suit is covered in decals- ALL THE FLAGS OF EVERY NATION ON EARTH.”

Stark says, “Everyone who died is coming back. And this time we’re avenging even more than ever. From now on we’ll be known as… The Avengererers.” 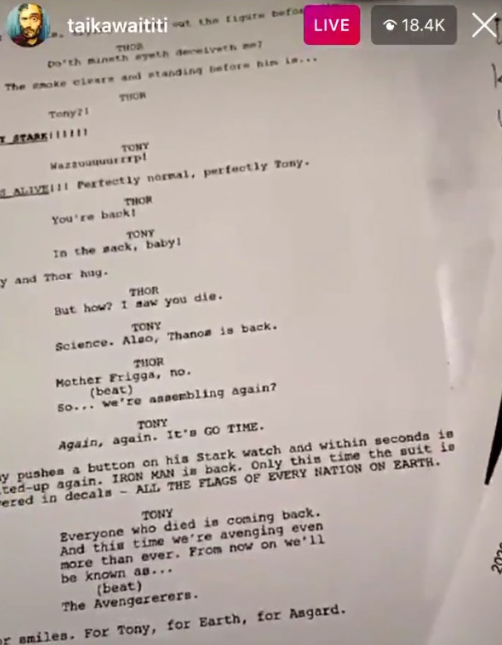 As wonderful as a return of Stark would be to the Marvel Universe, fans can file this under pure silliness.

However, they can look forward to Natalie Portman making her comeback. The film will also star Tessa Thompson as Valkyrie who made an appearance on the livestream.

Thompson revealed that she she has read the latest draft of “Thor: Love and Thunder” but did not mention if it involved Robert Downey Jr.

Waititi commented that the movie would not be “run-of-the-mill”. “It’s like 10-year-olds told us what should be in a movie and we said yes to every single thing.” 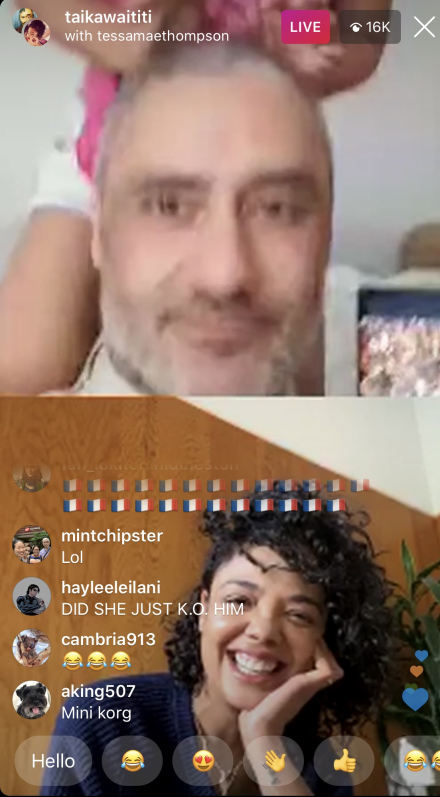 “Thor: Love and Thunder” is currently set to debut on Feb. 18, 2022 after adjustments were made when movie premieres were pushed back due to COVID-19.