On Thursday, the country group shared a cover of Cabello’s “Never Be The Same”. 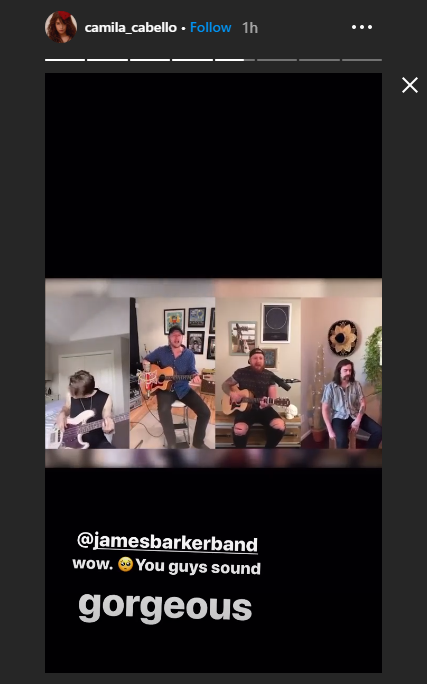 The group first recorded the cover in 2018 as part of their Spotify Singles session, it was the first ever session to be recorded in Canada and released globally.

Since then it has been streamed over 4 million times.

Last week, the James Barker Band took part in ET Canada’s “Canada Together: In Concert, Presented By TD” which raised over $300,000 for coronavirus relief efforts.