On Saturday, All Elite Wrestling presented its AEW All or Nothing event, which took place in Jacksonville, Florida.

While the original event was scheduled to be held in Las Vegas, the COVID-19 pandemic shut down those plans, with a scaled-down, audience-free event aired on pay-per-view instead.

One of the most memorable moments came during the title match between Cody Rhodes and Lance Archer, with wrestling legend Jake “The Snake” Roberts in Archer’s corner while boxing icon Mike Tyson was on hand to present the title belt to the winner. 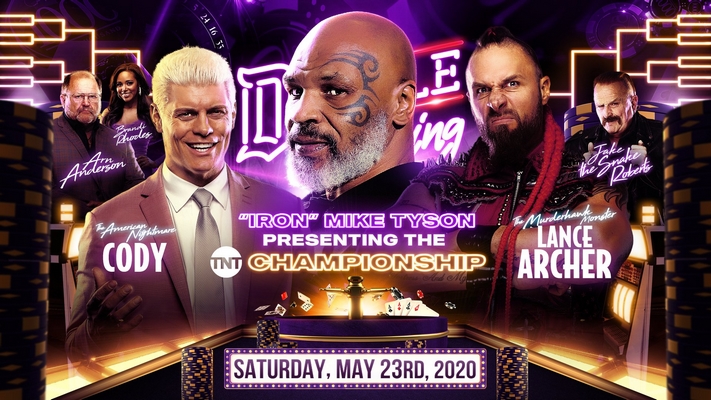 The match was full of the usual pro-wrestling chicanery, culminating with Roberts entering the ring with his trademark bag full of snakes.

Just as he was about to unleash his reptiles, Tyson jumped into the ring and confronted Roberts, tearing off his shirt to reveal an impressively jacked physique.

Roberts’ expression changed from a look of menace to sheer terror upon seeing Tyson ready to throw down, and he quickly scampered away.

“I think he soiled his tights,” quipped one of the ringside announcers.

Rhodes was then able to pin Archer, with Tyson awarding him the championship belt.