The “Pretty Little Liars” alum, 30, was spotted leaving the rapper’s house Monday after what appeared to be a fun-filled day in the sun.

Benson, in an adorable black bikini top and denim shorts, held onto a pair of Doc Martin boots before climbing into the front seat of G-Eazy’s Mustang.

RELATED: Cara Delevingne Urges Fans Not To ‘Hate’ On Ashley Benson After Split: ‘You Don’t Know The Truth’

G-Eazy kept it casual with Benson in a black button-down.

Benson and the “Good Life” artist have been rumoured to be a couple since the actress’ split from model Cara Delevingne. The former couple dated for two years after first being spotted kissing at London’s Heathrow airport in August 2018.

Just after their breakup went public, Benson was spotted with G-Eazy cruising down the streets of L.A. Benson later was hit with backlash as many claimed she moved on to quickly but Delevingne quickly came to her defense.

“It’s more important now than ever to spread love not hate,” she wrote to Instagram. 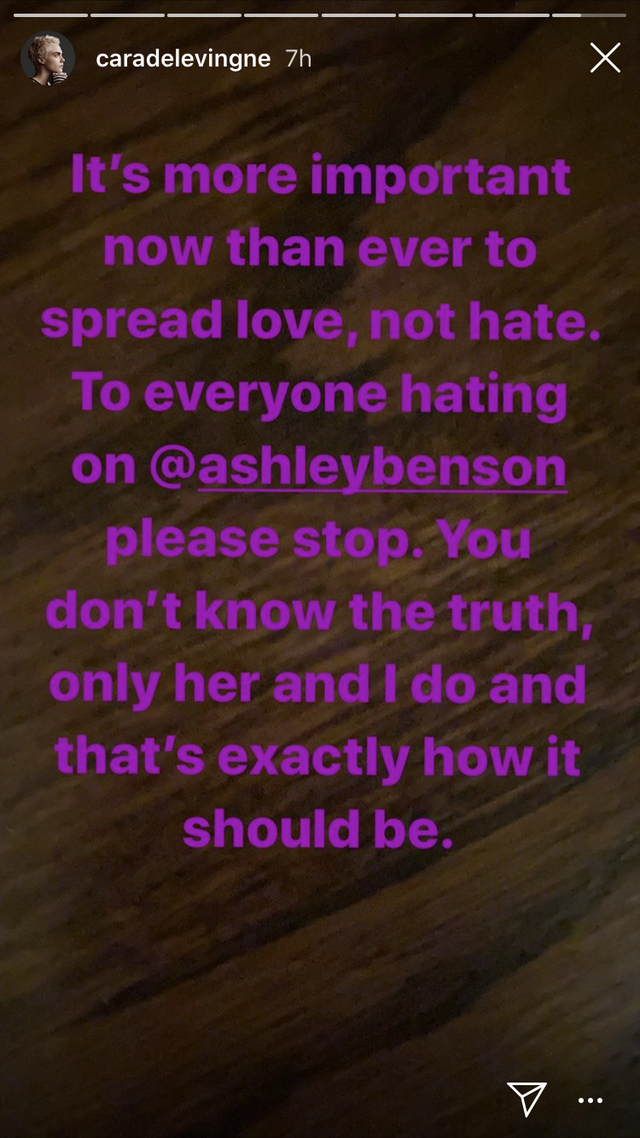 Since their split, Delevingne has been quarantining with Margaret Qualley, her sister Rainey Qualley and Kaia Gerber amid the coronavirus pandemic.