New pictures of Queen Elizabeth enjoying her favourite pastime have been released.

The pictures were taken of Her Majesty riding Fern, a 14-year-old Fell Pony, at Windsor. 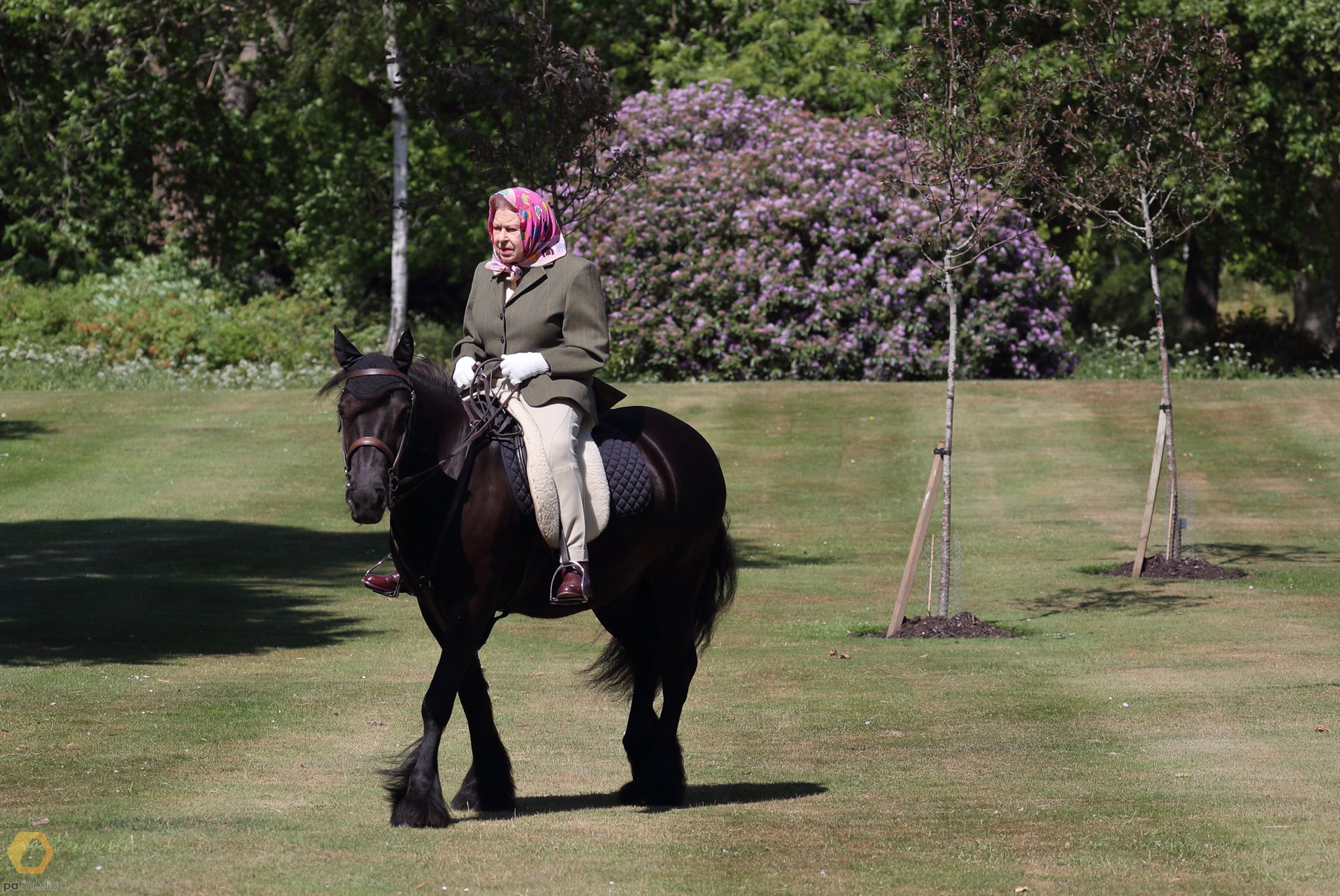 RELATED: Queen Elizabeth Once Hid In A Bush To Get Away From An Unwanted Guest

The Queen has been a horse lover since a young girl. At 4-years-old she was given a pony named Peggy. She started riding at the age of 6 and still at 94, she tries to ride every chance she gets.

Queen Elizabeth and Prince Philip have been isolating at Windsor Castle where she has been able to continue her weekly telephone calls with Prime Minister Boris Johnson, checking her daily red boxes and recording messages.

Her Majesty has enjoyed riding since childhood and is closely involved with the welfare of the horses she owns for breeding, riding and racing.

RELATED: Queen Elizabeth To Hold Off On Public Duties For The Foreseeable Future

Typically June is a time of celebration for the royal family but with the pandemic, Trooping the Colour and the garden parties have been cancelled. Prince Philip’s 99th birthday will also be a quiet affair.