She has been vocal in her support of Black Lives Matter protests, and now Billie Eilish has shown her solidarity by taking a knee during a peaceful demonstration.

Attending a protest in her hometown of Los Angeles on Thursday, June 4, the “Bad Guy” singer joined crowds of people who knelt to the ground while holding their fists in the air.

RELATED: Billie Eilish Has ‘Never Felt Desired’: ‘Sometimes I Feel Trapped By This Persona That I Have Created’
The 18-year-old star shared a video of the powerful moment to her Instagram Stories. 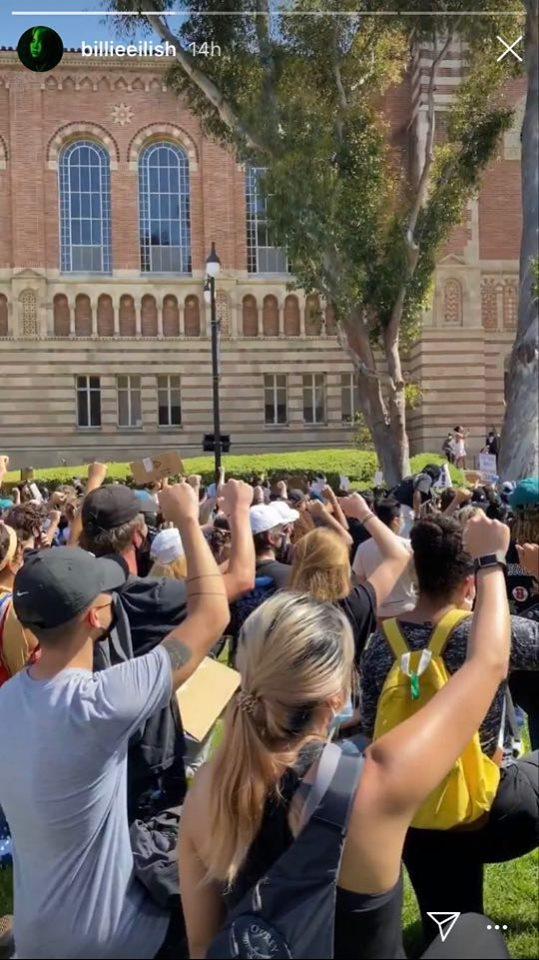 Taking the knee has become a sign of solidarity since 2016 when American football player Colin Kaepernick knelt during the U.S. national anthem as a rejection against racism.

RELATED: Billie Eilish Slams Those Who Use ‘All Lives Matter’, ‘No One Is Saying Your Life Doesn’t Matter…This Is Not About You’

Earlier this week, Eilish urged people to use their privilege for good, while denouncing people who use the phrase “all lives matter.”

“You are privileged whether you like it or not. Society gives you privilege just for being white. You can be poor, you can be struggling, and still your skin colour is giving you more privilege than you realize.”