The couple was joined by friends Greg Garbo and Paris Carney.

In photos and a clip shared for the “Game of Thrones” actress on Instagram, she could be seen holding a sign reading, “White Silence Is Violence”.

She could also be heard chanting “no justice, no peace” while taking a laying down alongside other protesters.

No justice, no peace #BlackLivesMatter

Jonas also shared some pictures on his own account.

Turner shared more on her Instagram Stories including a number of resources for people wanting to learn more and one photo with the caption, “We stand, we kneel, we lay down with you.” 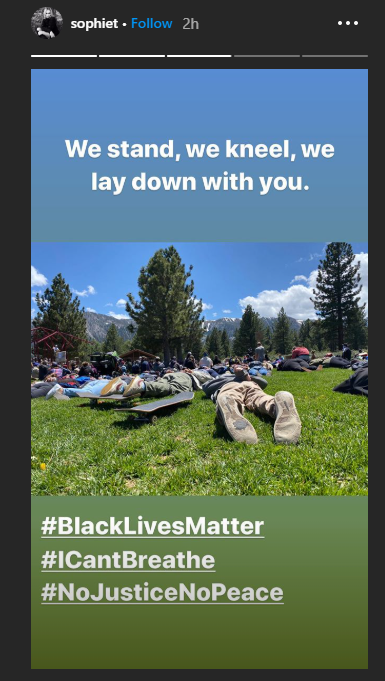 RELATED: ‘Sesame Street’ And CNN’s Town Hall Perfectly Explains Racism And The Need To Come Together

Another post simply read, “If you aren’t uncomfortable then you aren’t listening.” 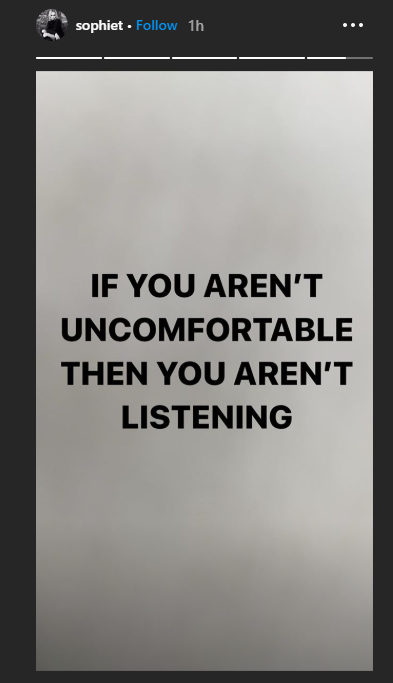 Turners highlighted the story of Emerald Black, a pregnant woman who just filed a lawsuit against the police for allegedly pushing her to the ground and stomping on her belly, causing her to have a miscarriage, according to The Mercury News.

“Swipe up to sign the petition calling for an investigation into the police officers responsible,” she added.

“I mean they’ve been arrested and charge [sic] with murder so there justice sooooo can we have peace now?” commented one person.