Vanessa and Natalia Bryant need some space to heal. In a message to fans on her Instagram Story on Saturday, Vanessa explained why she and her 17-year-old daughter have had to block fan pages on the platform.

As Kobe Bryant‘s widow explained, it’s been “ready hard” for her and Natalia to constantly see images of the late basketball player and 13-year-old Gianna, who died alongside him and seven others in a helicopter crash on Jan. 26.

“Thx so much of all the 💜,” Vanessa began. “@nataliabryant and I have unfortunately had to block fan pages because it’s been really hard to go online and constantly see pics of our beloved Gigi and Kobe under every single square of our explore pages. Blocking the fan pages has helped change the algorithm.”

“We 💜 you all but please understand that we had to do this for our own healing not because we don’t appreciate your 💜,” she added. “Xo.” 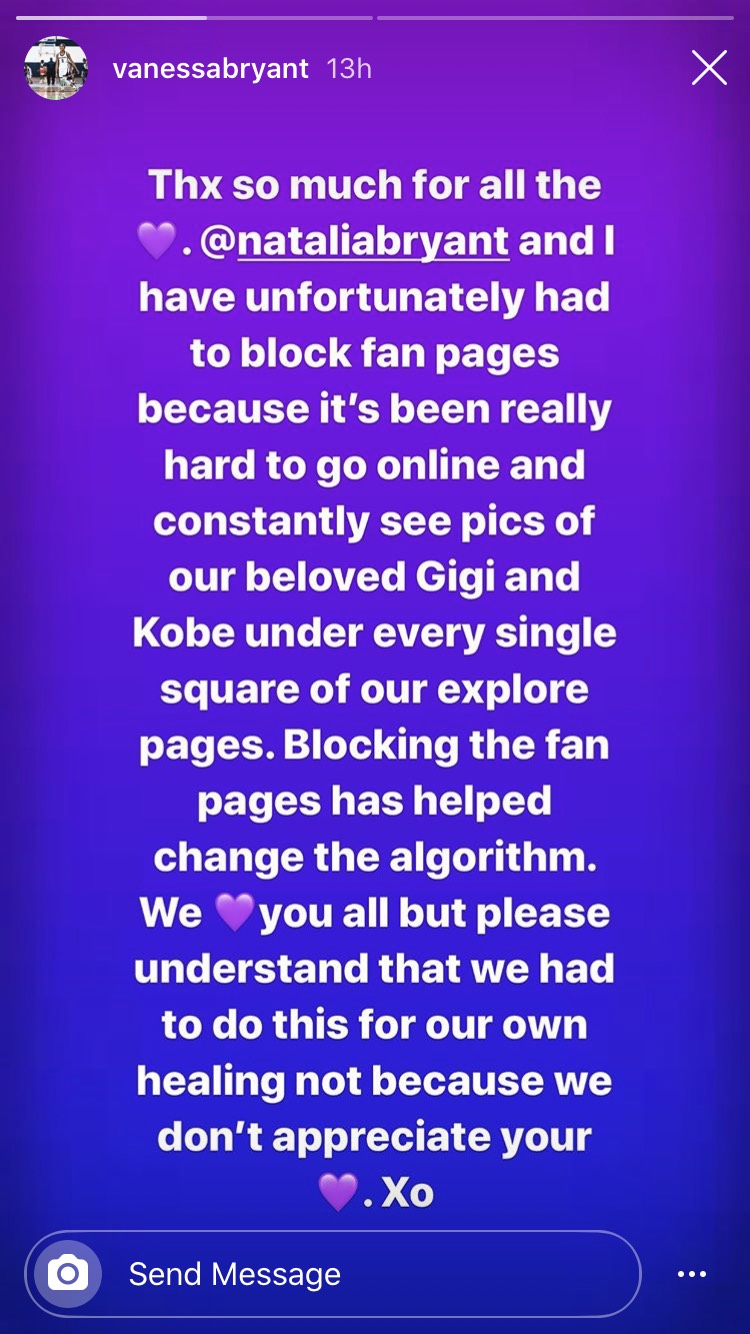 Vanessa has been open with fans about how she and her family have grieved following Kobe and Gigi’s deaths. Last week, she showed off her new permanent tributes to her late husband and daughter: tattoos of messages they’d shared with her. She got Gigi’s message tattooed on her wrist, and Kobe’s on her neck.