ET Canada‘s Rick Campanelli is invited into Cory Monteith’s father’s home in New Brunswick for an exclusive one-on-one interview about his son’s tragic death with Part 2 airing on tonight’s show.

Joe Monteith speaks about Cory’s troubled teen years and open’s up about how he learned of the devastating news of his son’s sudden passing. 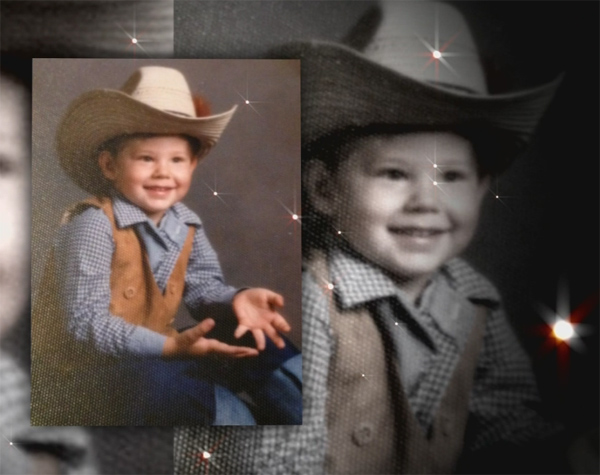 Joe Monteith shares memories of his son Cory Monteith, including this photo of the “Glee”; star as a youngster.

“I opened the door and there were three RCMP’s standing there,” he tells Rick. “They said “we’re sorry to inform you that we found your son in a Vancouver hotel and he’s pronounced dead.” Joe adds, “I had to ask them again, “What was that you said?’ It really didn’t sink in… it still really hasn’t sunken in.”

And even though Joe says he rarely saw Cory due to his son’s busy schedule, he says his son was “always” close to his heart.

“The last time my son was here was a little over two years ago,” he reveals. “We hugged, cried… all that good stuff.”

In Part 2, airing tonight, Joe tells Rick how proud he is of his son: “My son’s accomplishments are just unbelievable. I’m so proud. so proud. That I really can’t say it in words.”;

And if he had gotten the chance to say some final words to his son before he passed, he tells Rick he would’ve told him “that I always loved him. he always has a place to come.”;

Watch the emotional interview on tonight’s show to learn more about how Cory’s father is coping with the loss.