Canadian fans of Cory Monteith have been mourning the loss of their fellow Canuck this week and on Friday night candlelight vigils will be held to remember the Glee star.

Crowds will gather at Vancouver’s Fairmont Pacific Rim Hotel where the 31-year-old sadly died on Saturday, July 13, as well as at Clover Point Park in Victoria, B.C. near where his mother lives and he grew up. And in Toronto, fans will hold a candlelight vigil outside of the Air Canada Centre at Maple Leaf Square.

Find maps of the locations and details below. 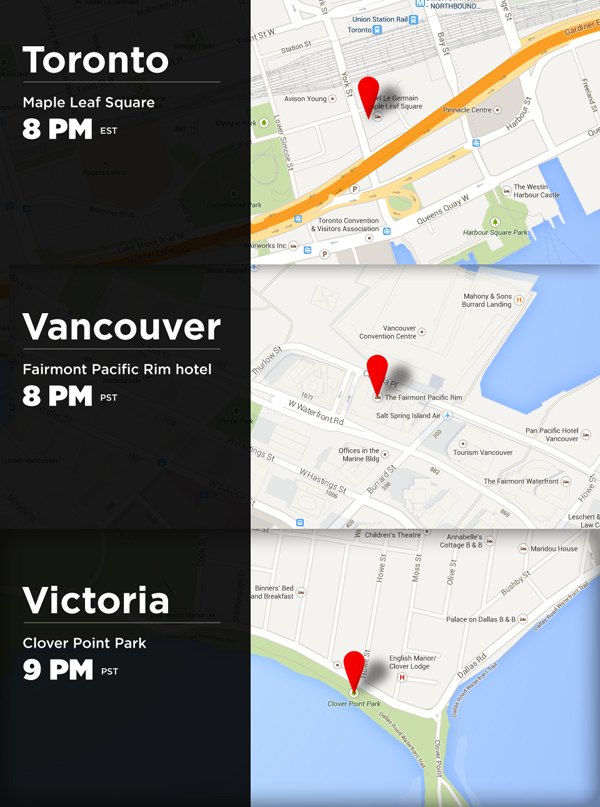 And even if you can’t make it to a vigil, but want to pay tribute to the late actor, you can make a donation in his name to three charities that were important to Cory: Project Limelight Society, which exposes youth living in Vancouver’s Downtown Eastside to the arts; Virgin Unite, founded to support entrepreneurial efforts to better the world; and Chrysalis, which helps homeless and low-income individuals find employment.