Sienna Milller has given fans a rare glimpse at what her daughter Marlowe looks like as part of a special lockdown shoot for Vogue.

The actress, who shares the seven-year-old with Tom Sturridge, has never before shared pictures of her look-a-like only child’s face.

Discussing what life in lockdown is like for her in New York, the British model revealed: “I’m in a rented place with some of my family [including daughter, Marlowe, pictured] and a few friends. My days are consumed with home-schooling, cleaning, reading books I never got around to, walking, puzzles, and binging on content to produce, direct or act in. “

Revealing that she misses her family in England most, Miller added: “My mother’s angles on FaceTime have kept me smiling (I’ve seen extreme close-ups of areas no one should have access to), but I yearn to visit them.” 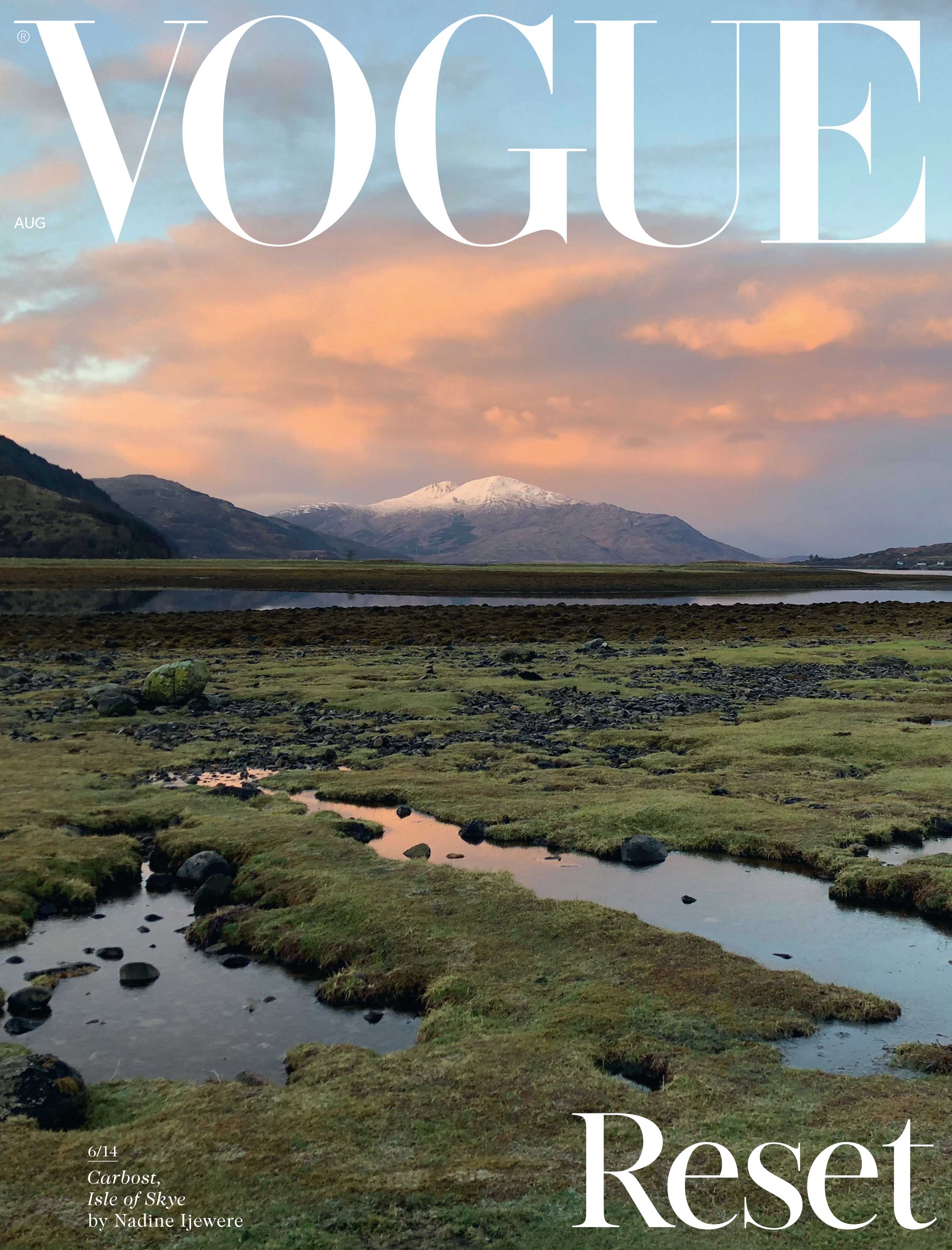 Posing at a piano alongside her husband Nick Jonas, Priyanka Chopra said: “Although it has been really, really difficult being apart from my mom and brother, who are both in India, I’m so grateful to have spent time with my husband, family and dogs, but mostly with my four year old niece, Krishna.”

RELATED: Sienna Miller Reveals She Auditioned For ‘Trolls’ To Impress Her Daughter 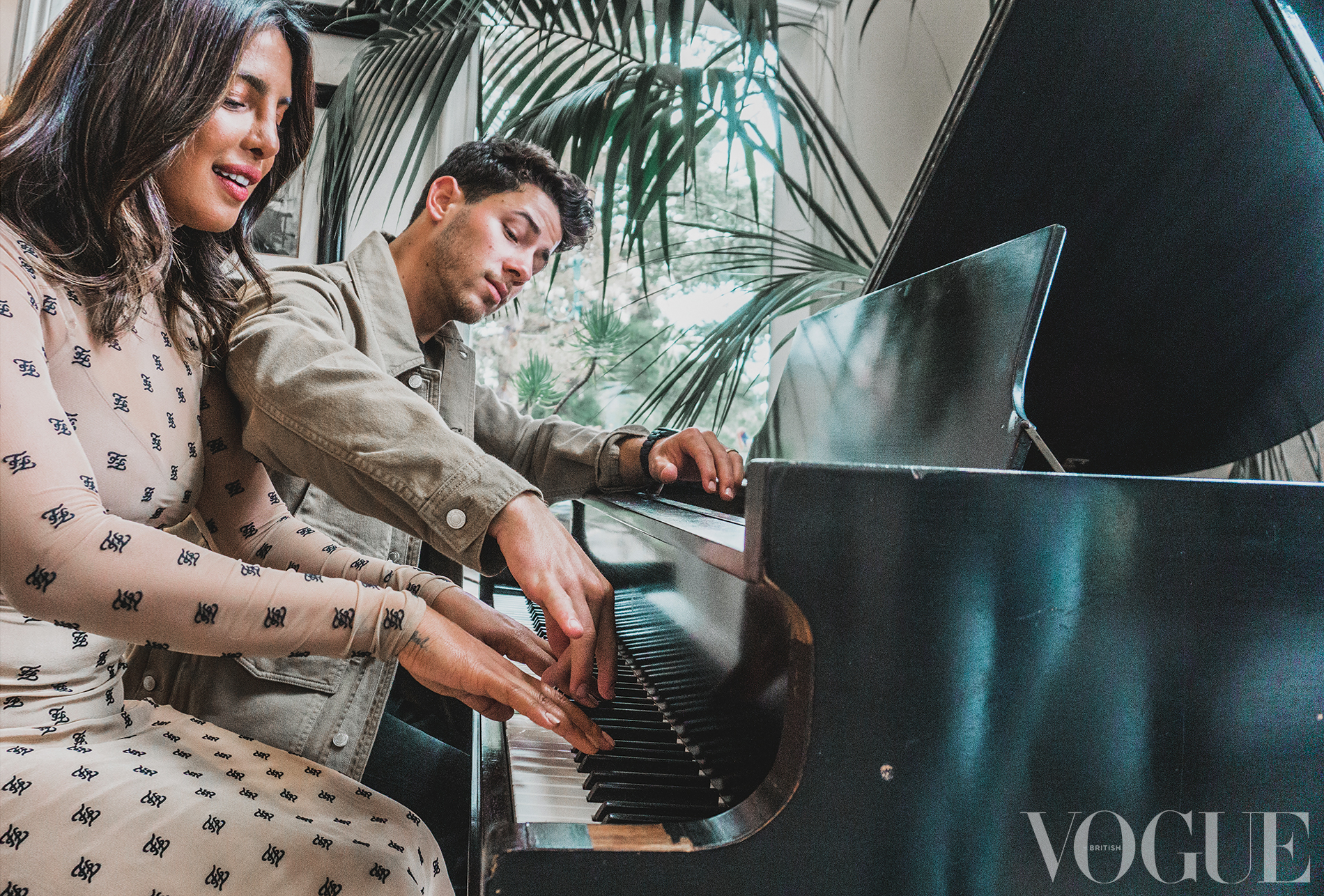 Meanwhile, Dua Lipa, who is currently living in London with boyfriend Anwar Hadid, revealed that she has also been spending time playing Xbox, along with “reading and trying to learn new recipes.”

The singer continued: “Yesterday we made lamb maeloubah – Anwar’s dad sent us the recipe. It was fun to cook together, which is lucky because it was a three-hour activity; it’s the most ambitious thing I have ever set out to make. It’s quite rewarding when it turns out like the picture. Today I’m making a leek stew my mum would cook, which really takes me back to my childhood.” 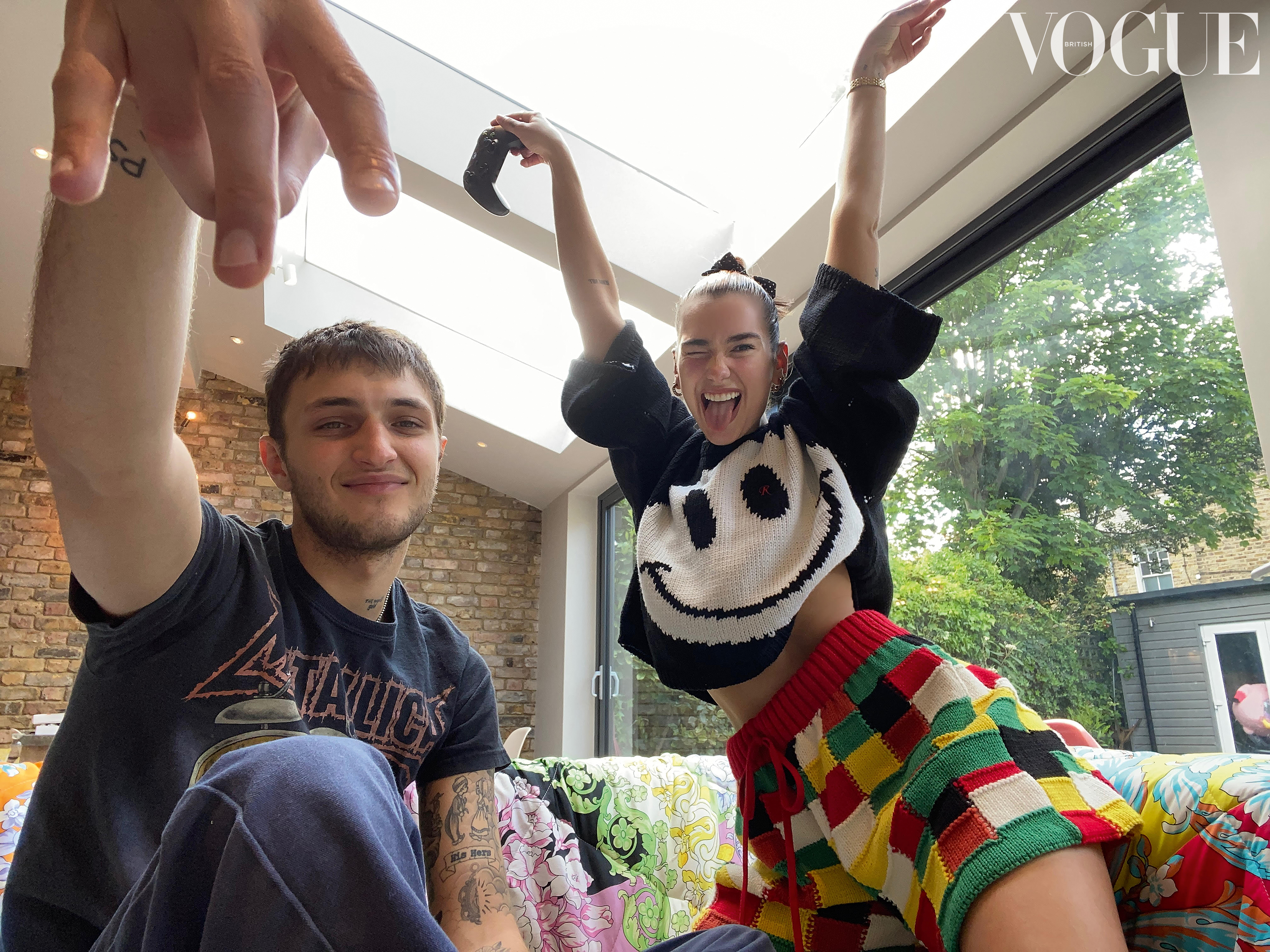 She added: “Anwar has been dyeing my hair all kinds of colours – pink, orange, red – it has been a different colour every week.”

RELATED: Sienna Miller Opens Up About Relationship With Jude Law: ‘It Was Bad Timing’

Read the full feature in the August issue of British Vogue, available via digital download and on newsstands from Friday, July 3.