Paul McCartney is rereleasing his 1997 album Flaming Pie, which will be available in multiple formats, including a five-CD, two-DVD, four-LP collector’s edition.

Flaming Pie saw Sir Paul reunite with longtime Beatles producer George Martin (who co-produced with ELO’s Jeff Lynne) to deliver one of his most critically acclaimed albums as a solo artist.

In a new interview coinciding with the album’s release, McCartney revealed that John Lennon was responsible for the origin of the album’s title.

RELATED: Dave Grohl, Elvis Costello And Paul McCartney Team Up For ‘When The Saints Go Marching In’

“When we had started off as The Beatles in Liverpool there was this local music paper called Mersey Beat. John was asked to do a little explanation of where we were at at the time. He did this typical Lennonese thing and said, ‘It came in a vision — a man appeared on a flaming pie and said unto them, from this day on you are Beatles with an A.’ And so it was. That was always the explanation when people asked us, ‘Well why are you called The Beatles?'” he explained.

As McCartney pointed out, he recorded the album “off the back of ‘The Beatles Anthology’ project with an urge to do some new music.” Working on the “Anthology”, he said, proved to be “a good refresher course, and it sort of gave me a framework for this album.”

RELATED: Paul McCartney Offers Words Of Hope During Interview With Howard Stern: ‘We’re All Going Through This Together’

Understandably, The Beatles were fresh in his mind when he went into the studio. “‘Anthology’ threw up all of these memories that I hadn’t had any reason to think of for so long,” he explained. “All of the Beatles memories. It was a very joyful period talking to Ringo and George endlessly about all the things we’d done. Particularly talking to George, who went back even further with me. I remembered all our old jokes, our old songs. The small things. Even before The Beatles. Back when he was just my little buddy who I got in the band.” 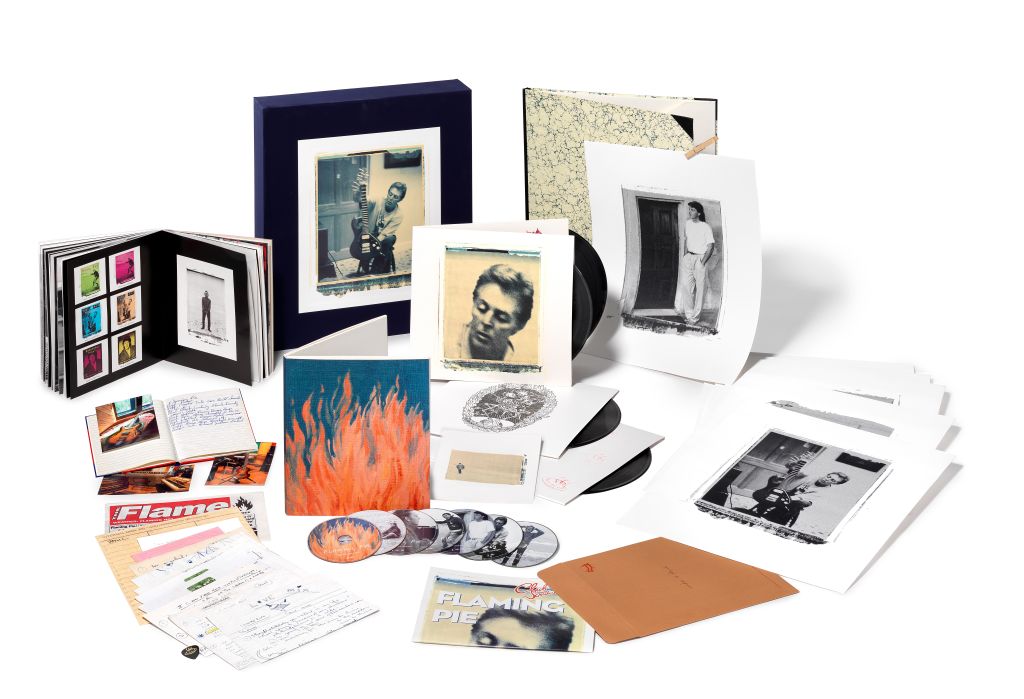 McCartney also revealed how the album’s heavier guitar sound originated. “When [late wife] Linda and I first met she’d say, ‘I didn’t know you played heavy guitar like that. I love that.’ I’ve always done quite a bit of that for myself but, doing it for yourself, you don’t actually realize that people like it,” he said. “So when I came to this album, Linda said, ‘Really play guitar, don’t just get someone in to play it.’ It’s a little naive, my guitar style. It’s not amazingly technical. It’s a little bit like Neil Young. I feel a bit of affinity with Neil. I know we just like similar things.”

The album also features McCartney’s first-ever songwriting collaboration with Ringo Starr, “Really Love You”, and he explained how it came about.

“I’d been saying to Ringo for years that it’d be great to do something, because we’d never really done that much work together outside The Beatles. One night Jeff [Lynne] suggested, ‘Why don’t you get Ringo in?’ and I said, ‘Okay!’ It just sort of happened,” he said.

Starr also plays drums on the track, and when asked what his former bandmate brought to the song, McCartney declared: “Magic. You know, to sit down with Ringo is always a great thing. It’s always worthwhile. It’s always fun. In 2019 when I finished touring in Los Angeles, Ringo got up on stage and we were doing ‘Helter Skelter’ together. And he’s drumming away and I’m singing facing front because I was on the mic. But when I wasn’t on the mic, in the solo breaks and stuff, I really made a point of turning round and watching this guy drum. And I’m thinking, my god, you know the memories across this 10-yard gap here, him on the drums and me on the bass, the lifetime that’s going on here.”

He added: “So, you know, it’s a sort of magic. And he and I these days get quite emotional about it, because we should. We ought to. It’s a bloody emotional thing, the years. If nothing else.”

The rerelease of Flaming Pie drops on July 31.