Captain Sir Tom Moore took over headlines earlier this year when he shattered his fundraising goal by walking laps around his garden.

Moore raised $66 million (£39 million) for the NHS to help them fight COVID-19 and has now been made the honorary caption of the Lionhearts squad by David Beckham.

The Lionhearts is an initiative that honours people who went above and beyond during the pandemic.

“The highlight of my whole career was being made England captain. To have Sir Tom as our captain – it doesn’t get any better than that,” Beckham said.

Thank you @England delighted to have been chosen to captain this very special #Lionhearts squad https://t.co/ptX4IcfDjA

“Everyone was aware at some point of this amazing man but I think he went above and beyond any expectations out there.”

“It is very kind of you and I am delighted to receive that honour especially from you. Thank you very much indeed,” Moore said.

As we can't enjoy Euro 2020 this summer, the England Football Team is building a squad of 23 incredible people, the Lionhearts, who have helped their communities during this pandemic. It was a huge honour for me to be invited to meet the captain of the nation’s special new squad, Captain Sir Tom Moore, to thank him for his heroic fundraising efforts. Loved hearing his story and finding out how he’s been handling all the attention. A very special man. #Lionhearts @England

Beckham questioned Moore about what he thinks makes a good leader.

“I think you have to rather like people and realise there is good in everyone and as a leader you can bring it out of them,” Moore responded.

“It is no good you asking me about a leader when you have been sitting there and you know you have been one of the biggest and finest leaders in football we have ever had.” 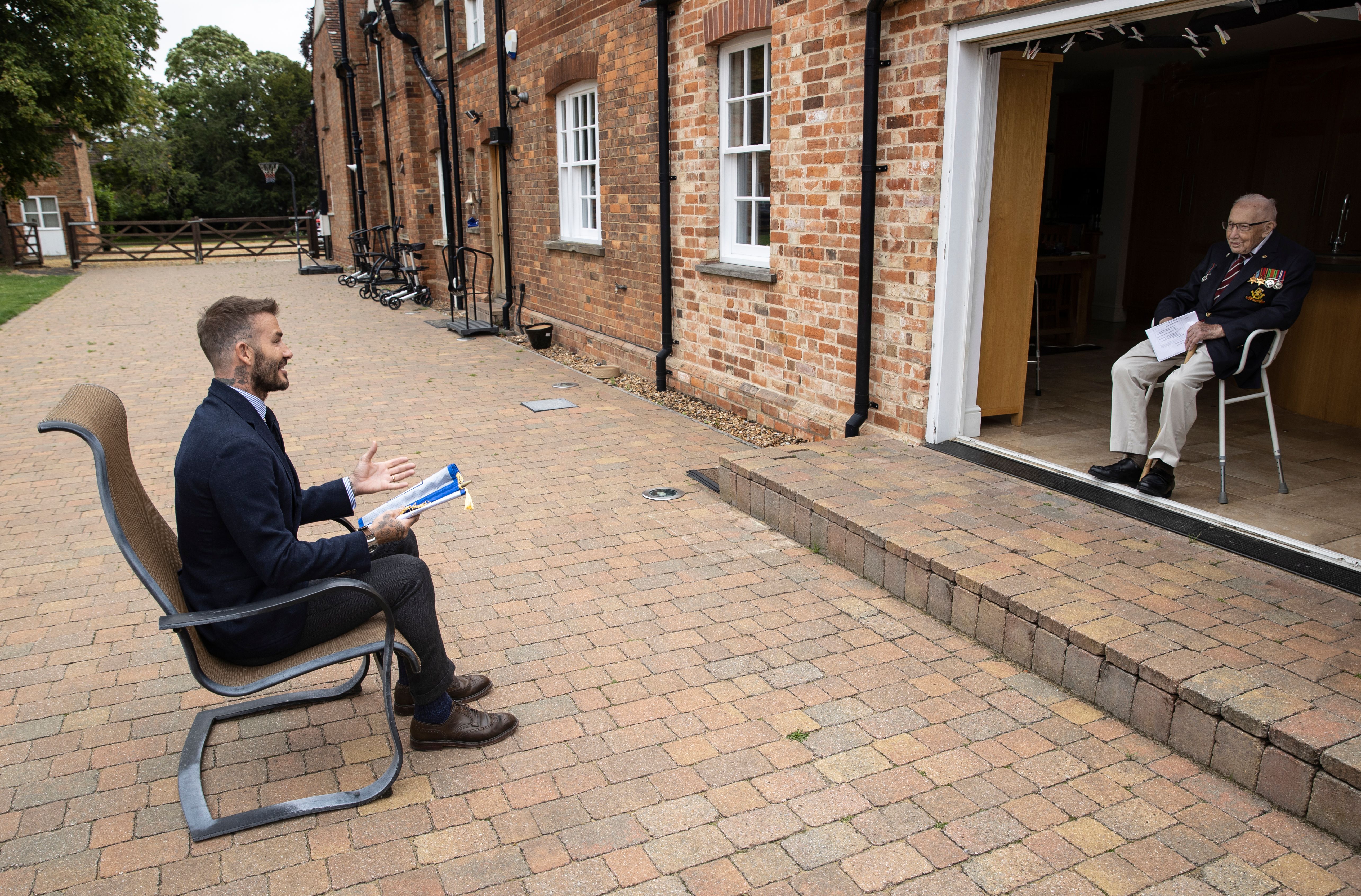 Moore originally set out to walk laps around his garden before his 100th birthday with the goal of raising $1,700.