Chrissy Teigen Provides Proof She Had Her Breast Implants Removed, ‘These Are The Scars’

Chrissy Teigen recently had her breast implants removed but not everyone believed her.

Never one to shy away from sharing, Teigen posted pictures from the scars as proof that she did go under the knife.

“A few of my friends keep having to tell people that I really got my implants out because believes it…these are the scars,” she said on her Instagram Stories.

RELATED: Chrissy Teigen Fires Back At Troll For Commenting On Her Appearance: ‘You Know You Don’t Know Me In Real Life, Right?’ 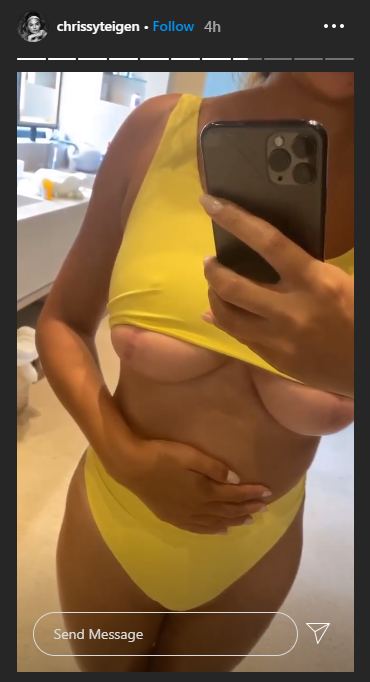 Teigen then followed up with a censored picture of her surgery. “Trust me lol,” she wrote overtop. 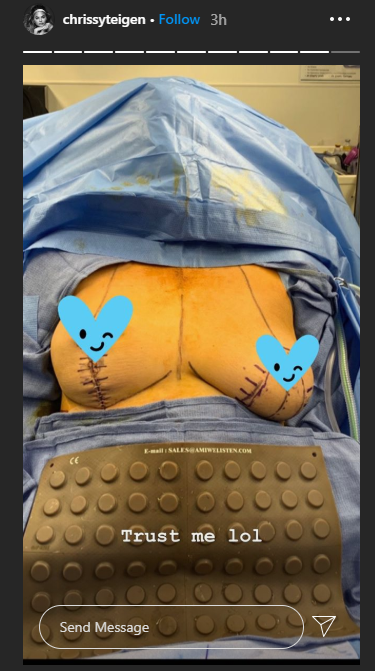 RELATED: Chrissy Teigen Calls Out Jeanine Pirro After Noticing A Photo Of Her Boobs On Pirro’s Phone

Earlier this year, the Cravings author admitted to getting the implants when she was 20 and posing for the 2010 Sports Illustrated Swimsuit Issue.

“I thought if I’m going to be posing, laid on my back, I want them to be perky! But then you have babies and they fill up with milk and deflate and now I am screwed,” she told Glamour UK.

Teigen later announced she would be getting the implants removed, saying, “They’ve been great to me for many years but I’m just over it. I’d like to be able to zip a dress in my size, lay on my belly with pure comfort! No biggie! So don’t worry about me!”