Amelia Hamlin is walking back her recent comment. The 19-year-old daughter of Lisa Rinna and Harry Hamlin previously said she’s “forced to do “Housewives” by my mom,” but has now said her mother simply “encouraged” her to be on “The Real Housewives of Beverly Hills.”

The original comment came when Amelia shared a screenshot from a commenter who claimed that the teen “lied about being anorexic” in order to get “air time” on “RHOBH.” Amelia originally went public with her anorexia battle in 2018.

RELATED: Jana Kramer Says She And Her Husband Auditioned To Be On “The Real Housewives Of Beverly Hills”

“I usually don’t post these. But this really got to me. Lying about a mental illness is disgusting. Something I hope nobody would ever do,” she wrote on her Instagram Story. “I seriously can’t believe I’m being accused of lying about my anorexia ‘air time.’ Sorry but I’m forced to be on the ‘Housewives’ by my mom. Ask anyone, it’s the last thing I want to do. I couldn’t care less about air time. So f**k you.”

Amelia Hamlin, Lisa Rinna’s daughter, says “I’m forced to be on the housewives by my mom.”

💀 like music to the ears of Lisa Rinna haters 😂 #RHOBH pic.twitter.com/gqu8qSHZJ6

“CAN EVERYONE PLEASE CALM DOWN AND STOP!!! My mom is so so amazing. She ‘encouraged’ me to be on the show in my opinion. I was 12 and didn’t know what it was going to be like,” she wrote. “And I’m so glad that she encouraged me to do so. I’ve been able to touch so many souls with my story.”

“I should have said ENCOURAGED NOT FORCED!!!! THAT WAS THE WRONG CHOICE OF WORDS,” Amelia continued. “All I was trying to say was that I’m not just on this show for a f**king story line you guys chill.” 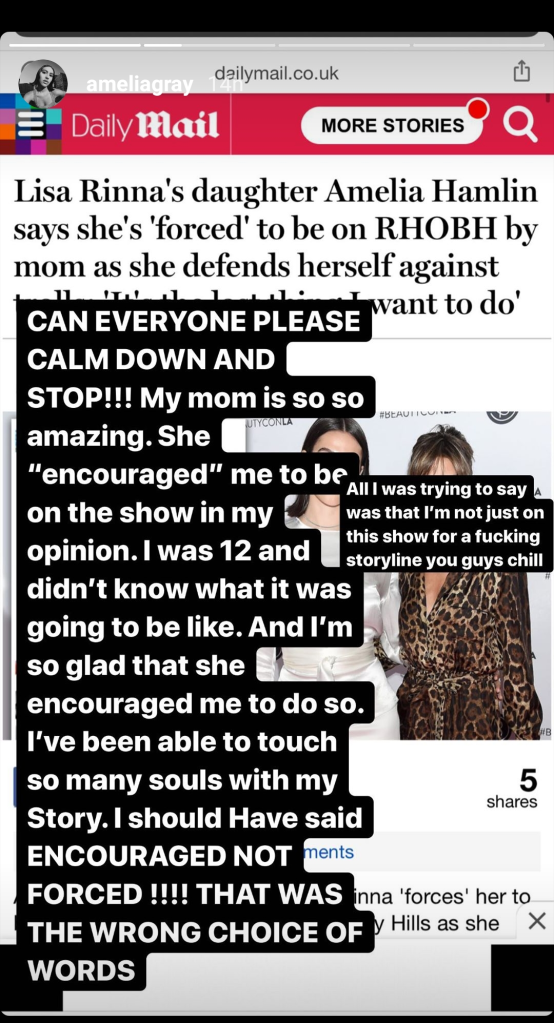 Amelia went on to share two pics of herself sporting a mask, asking her followers alongside one selfie, “Like would you wanna be on national television at 12???????????” 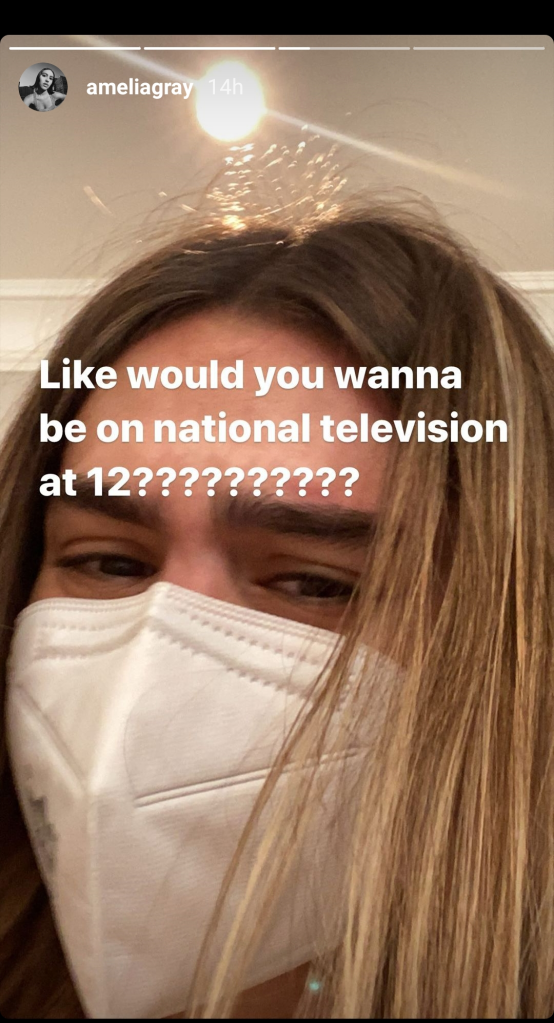 “I just literally said no to something I did not know anything about. My mom ENCOURAGED ME to do so,” Amelia added alongside her second selfie. “Obviously it’s been six years. I could have stopped filming long ago. Can you just all chill? I haven’t ’cause I have a story to tell to HELP people and now I’ve become super close to all the women and I love them.” 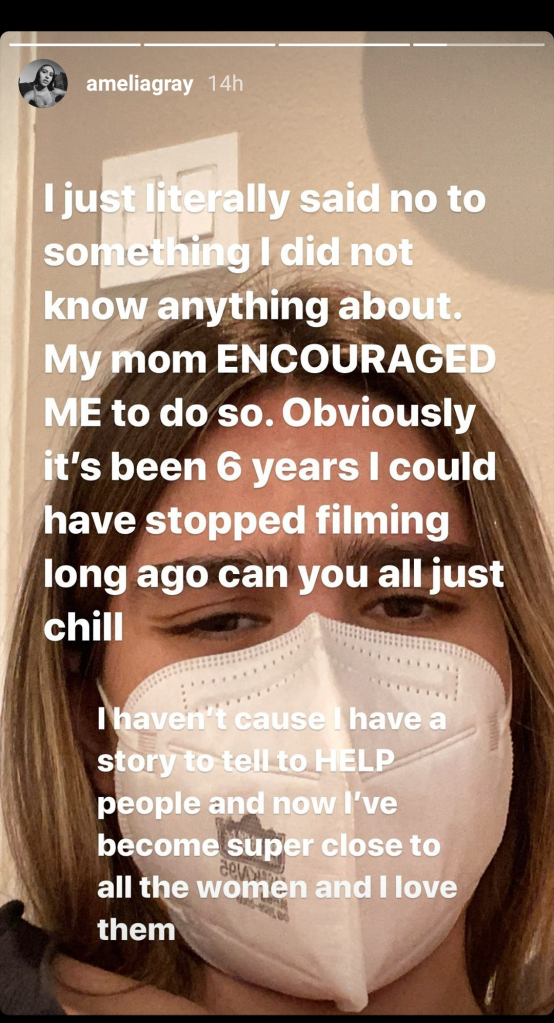 When ET spoke to Amelia and her mom last year, the mother-daughter duo opened up about Amelia’s decision to open up publicly about her anorexia.

“I think everything’s bittersweet. It was hard at the beginning, but I’m so happy and so grateful that I did it and I would never take it back,” Amelia said. “Honestly, I’m just proud of myself and I’m proud to say that.”