Swift previously had Ryan Reynolds and Blake Lively’s daughter James featured on her song “Gorgeous”, and she’s now got the little one involved in her latest album Folklore.

Shortly after the release of “Betty”, Reynolds promoted Swift’s new album on his Instagram Stories. 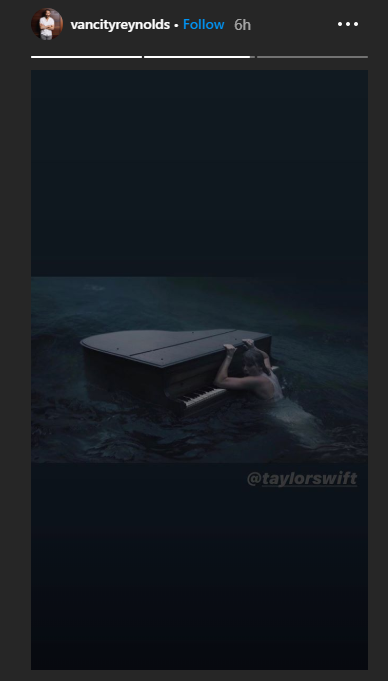 One of the songs, “Betty”, is about someone singing about mistreating a girl named Betty, with her mentioning Inez and James in the track as well — the names of Reynolds and Lively’s eldest daughters.

A source confirmed to People that the song is “named in part” for Reynolds and Lively’s youngest born on Oct. 4, 2019.

Swifties were quick to figure out that the couple named their daughter Betty.

Inez??? James??? What if Betty is the name of Blake Livelys third kid

Inez? James? Is Betty a song for Blake Lively and Ryan Reynolds third baby girl (whose name we don't know yet)? #Folklore pic.twitter.com/Sf7X1YMnAt

Swift then confirmed the news on Country Radio on Thursday, August 6, saying in the interview: “I named all the characters in this story after my friend’s kids, and I hope you like it!”

“Everyone makes mistakes, everybody really misses up sometimes. This is a song that I wrote from the perspective of a 17 year old boy. I named all the characters in this story after my friend’s kids, and I hope you like it!” — Taylor Swift introducing “betty” on Country Radio pic.twitter.com/CQE8Vgoc4I

Swift spoke about her new album during a live chat for her “Cardigan” video premiere on YouTube.

“One thing I did purposely on this album was put the Easter eggs in the lyrics, more than just the videos. I created character arcs and recurring themes that map out who is singing about who,” Swift explained, according to Just Jared.

She added, “For example there’s a collection of three songs I refer to as the Teenage Love Triangle. These three songs explore a love triangle from all three people’s perspectives at different times in their lives.”

ET Canada has contacted Reynolds and Lively’s rep for comment.