The Fanning sisters have tried their hand at the #WineChallenge.

“The Great” star Elle took to Instagram share a video of their attempt at the viral trend.

The clip saw Elle sitting between her older sister’s legs with the bottom of a wine glass in her mouth.

Elle hilariously tilted her head back while trying to pour wine into Dakota‘s mouth.

The pair of actresses completed the task seamlessly without spilling a single drop.

This isn’t the first time that the siblings have had fun on Instagram.

Back in January, Elle and Dakota were pictured dressed as “Harry Potter” characters for a costume party. 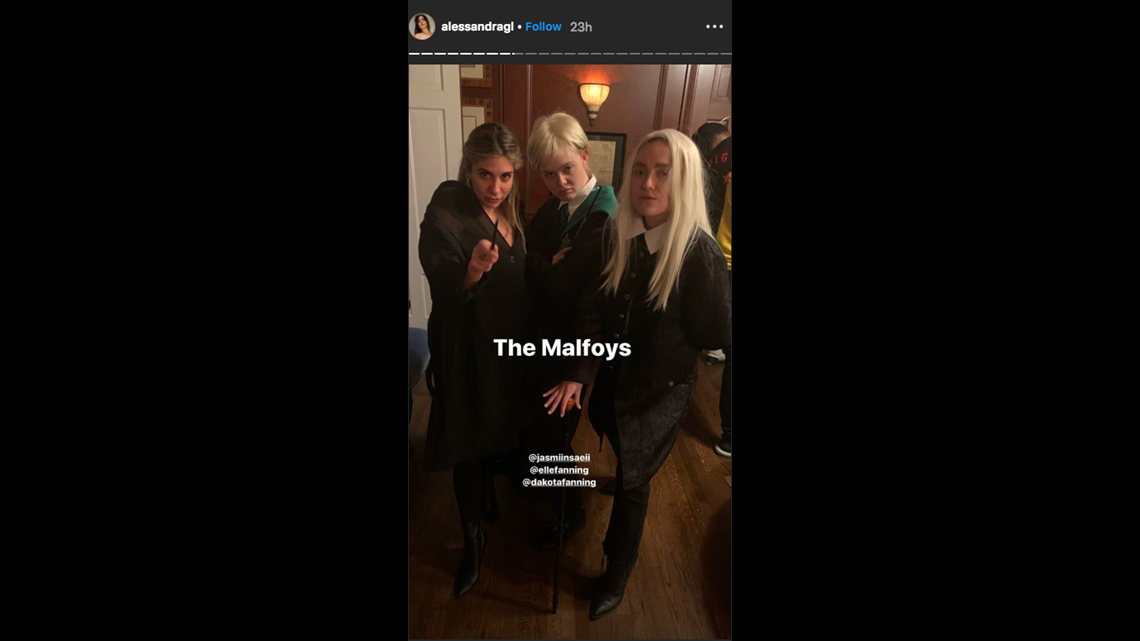 Cameron Diaz and Katherine Power were among the stars taking part in the viral wine challenge that’s been sweeping TikTok, with the Fanning sisters seemingly getting the idea from the actress.