Brian Austin Green is reminding Megan Fox about their children.

On Wednesday, Fox shared a photo on Instagram of herself with new boyfriend Machine Gun Kelly, with the caption, “Achingly Beautiful Boy… My heart is yours.”

Achingly Beautiful Boy… My heart is yours 🔪♥️🔪

Hours later, Green shaded his ex with his own Instagram post captioned, “Achingly beautiful boys…… My heart is yours,” and featuring a slideshow of photos of his four kids.

Achingly beautiful boys…… My heart is yours

RELATED: Brian Austin Green Opens Up About His Split From Megan Fox And How He Found Out About Her Relationship With Machine Gun Kelly

A few people had negative comments for Green with one writing, Now we know why she broke up with you. Your children must be more mature than you. Move on.”

Others said, “Someone mad Kells would whoop that a** old man,” and  “It appears @brianaustingreen is setting the stage for a custody battle, and he’s playing the ‘devoted father’ role while smearing the mother of his children, amazing how many people are falling for his little act.”

Green responded to all the negative posts with a crying laughing emoji. 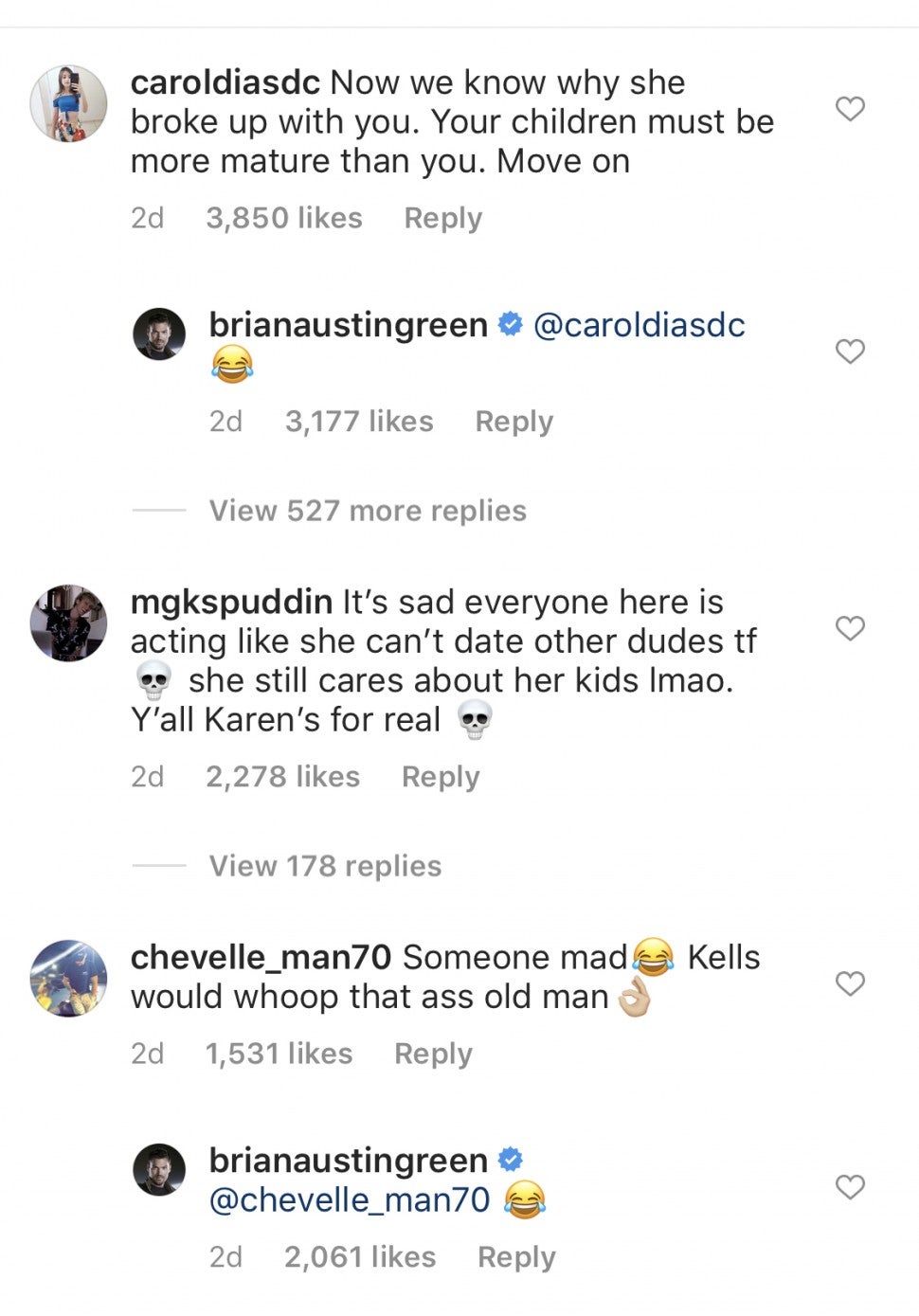 Green has four children, including three with Fox. The couple announced they had separated in May of this year.