Danica Patrick has shut down a hater who criticized her love-life on social media.

The former professional race car driver took to Instagram on Sunday to share a screenshot of cruel comments she received from an online critic. 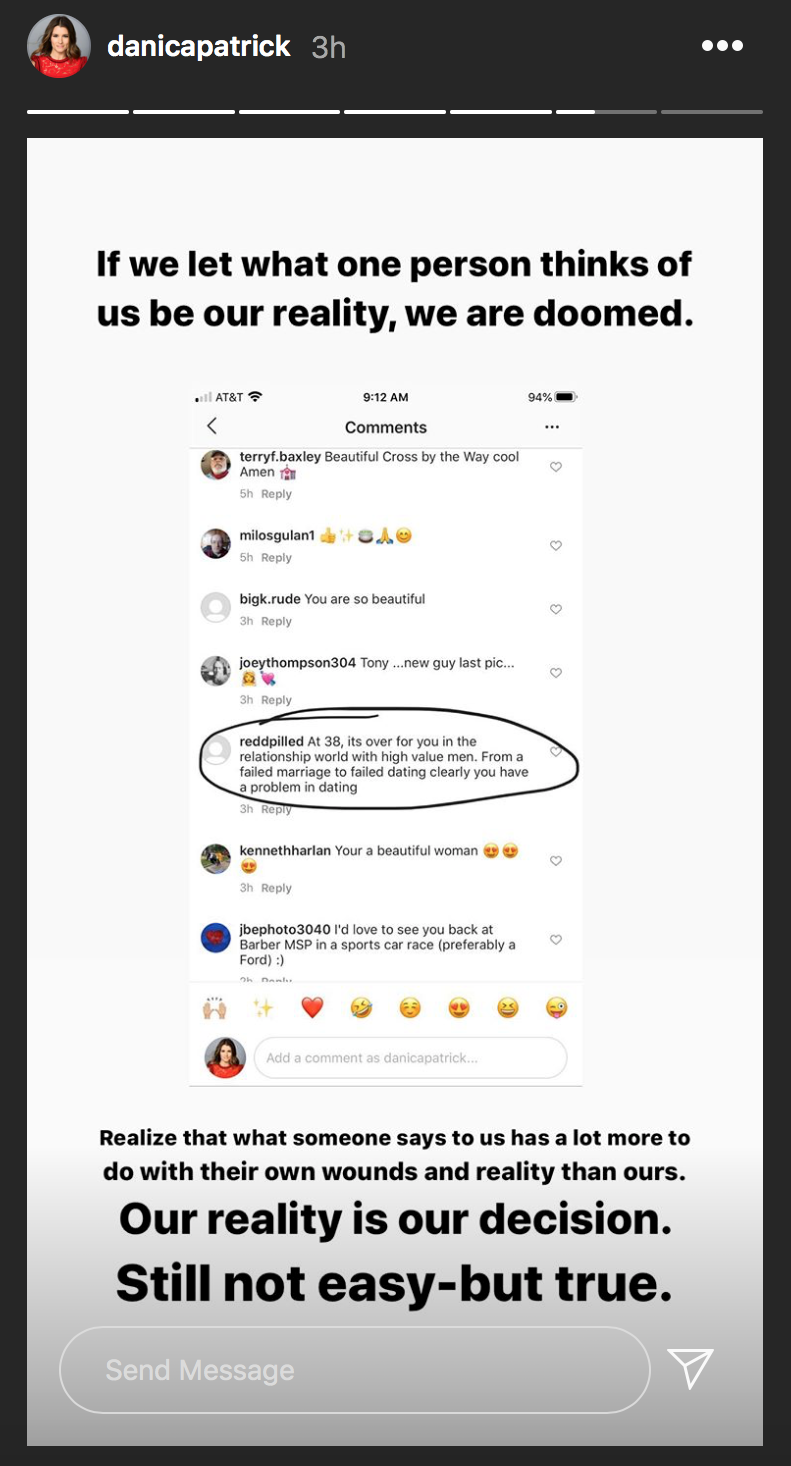 RELATED: Danica Patrick And Aaron Rodgers Break Up After 2 Years Together

“At 38, its over for you in the relationship world with high value men,” wrote the Instagram user.

“From a failed marriage to failed dating clearly you have a problem dating,” they added.

Replying to the message through her Instagram story, Patrick wrote, “If we let what one person thinks of us be our reality, we are doomed.”

She continued, “Realize that what someone says to us has a lot more to do with their own wounds and reality than ours.”

Patrick was previously married to physical therapist Paul Hospenthal from 2005 to 2013.