Ben Affleck celebrated his birthday with a new ride! The actor turned 48 on Saturday, and was spotted commemorating the occasion with girlfriend Ana de Armas — as well as a new BMW motorcycle.

Affleck took the bike out for a birthday ride with de Armas, 32, riding on the back. The actress — who met Affleck while filming their upcoming movie, “Deep Water”– reportedly gifted him with the motorcycle. The couple still had stickers on their helmets as they took the bike out for a cruise around the neighbourhood in Los Angeles on Saturday. 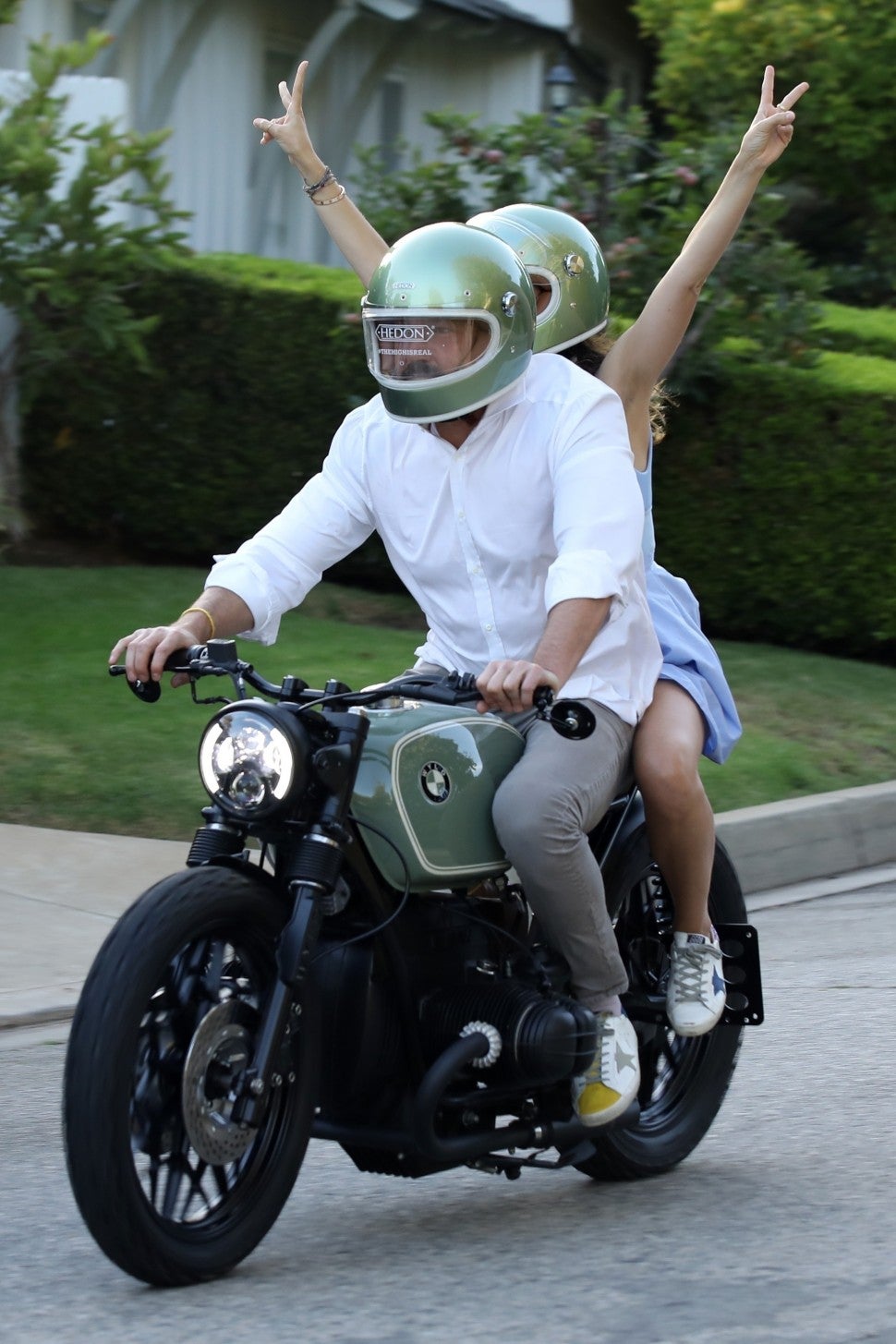 On Sunday, de Armas posted a photo of Affleck on her Instagram, captioning the pic with a hearts emoji.

De Armas and Affleck first sparked romance rumours in early March, as they were photographed vacationing together in Cuba. Soon after, they were snapped cuddling together on the beach in Costa Rica, and then quarantined together upon arriving back in Los Angeles.

“Ben and Ana have been dating for a few weeks and are enjoying each other’s company,” a source told ET at the time. “Ben is sober and in a really good place and Ana respects him for the process he’s going through. Ben and Ana are still early into their relationship, but it’s been fun and exciting for both.”

The two have since gotten more serious, with de Armas photographed on multiple occasions spending time with Affleck’s children with his ex-wife, Jennifer Garner — 14-year-old Violet, 11-year-old Seraphina and 8-year-old Samuel. In May, a source told ET that de Armas has fit seamlessly into the family dynamic.

“Ben and Ana are happy together and have enjoyed spending time with his family,” the source said. “He and Jen continue to work together on co-parenting. They make it work.”

See more on Affleck and de Armas in the video below.