Lauren Conrad isn’t going to sit quietly by while James Charles bashes her.

It started when Conrad mistakenly sent him a PR package with empty products from her new beauty line.

The YouTube star posted on his Instagram Stories a video where she showed off the empty containers and, without naming Conrad, said, “I just opened a PR package from a new makeup brand from somebody who has no business having a makeup brand.” 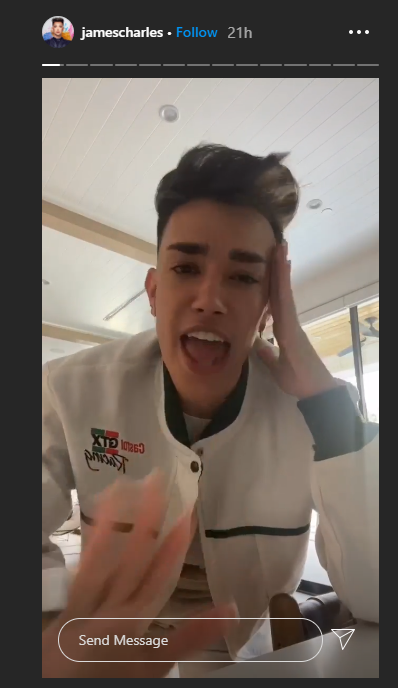 Conrad then cleared the air on her own page.

“For those asking about the empty components sent to James… let me tell you a funny story,” she wrote. “The woman who put together the gifts (it was me) decided to fill a makeup bag full of empty samples to make sure everything would fit inside. When beauty products arrived and it was time to fill all the makeup bags she (again, me) accidentally included the bag full of empties with the others and it was sent out.”

Conrad teased, “She will be let go immediately.”

Lauren Conrad confirmed James Charles was talking about her brand in the Instagram Story. She responded in an Instagram post saying she made a mistake when preparing James’s PR package. Lauren launched her new make up line recently. pic.twitter.com/6Gz73YCeHc

Charles then apologized for his video, which he said was “supposed to be funny.”

“Wanted to write an apology to @LaurenConrad for my stories earlier,” he said. “I’ve been on the verge of tears all day long from a ton of things going wrong & opening her PR package was the icing on the cake of weird things happening today. My stories talking about the products were supposed to be funny but they just came across as nasty because I was so upset, not with her, but with other things that happened today. Lauren and I spoke privately about the misunderstanding & are both good.”

This isn’t the first time in recent history that Charles has had to apologize for his comment. Earlier this month he apologized for his “childish” remarks about Alicia Keys’ new skincare and beauty brand.