The 29-year-old confirmed the exciting news on Instagram Sunday, sharing a series of snaps of herself cradling her baby bump alongside a beaming Hedlund, 35.

She commented she was with her “two favourite guys.”

Roberts’ aunt Julia was among those congratulating the happy couple, posting: “Love you 😘.”

Her former “Scream Queens” co-star Lea Michele also posted: “You will be the greatest mama. I love you Em! Boy moms together.”

Michele just welcomed her son Ever with husband Zandy Reich. 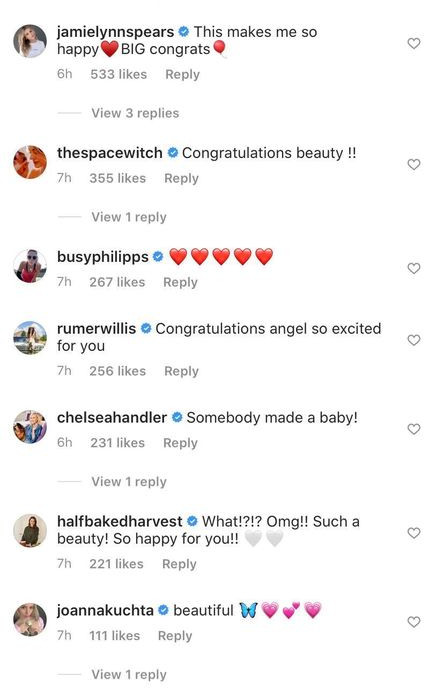 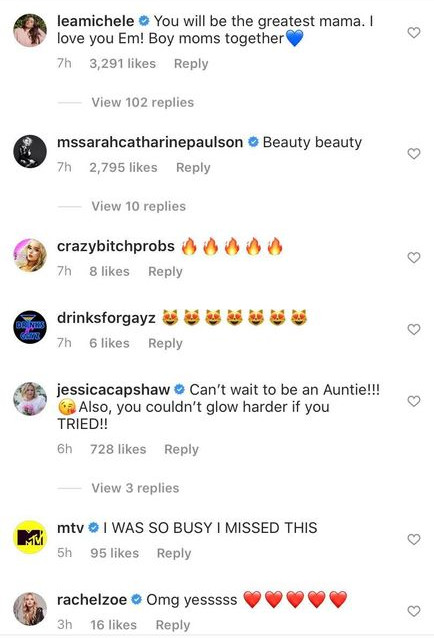 Us Weekly was the first to report the Roberts and Hedlund baby news on its “Hot Hollywood” news podcast back in June.

The couple, who were first linked in March 2019, have been friends for a while but things took a romantic turn after Roberts ended her engagement with fiancé Evan Peters.

Roberts and Peters dated on and off from 2012.