Harry Styles is lining up his follow up acting gig to his 2017 debut in “Dunkirk”.

According to Deadline, the “Watermelon Sugar” singer, 26, will replace Shia LaBeouf in the upcoming film, “Don’t Worry Darling”, from Olivia Wilde.

Variety also reports the casting, confirming that LaBeouf had to step down from the role due to a scheduling conflict.

Styles will join Florence Pugh and Chris Pine, along with Wilde who will have a key supporting role onscreen.

Wilde confirmed the news on Instagram, sharing photos of Styles and Pugh, writing, “Very proud to work with these fine folks.”

Jack and Alice. Very proud to work with these fine folks. #DontWorryDarling

When Pugh learned the news, she reposted shared her excitement of Styles joining the project.

“Hells yeah,” she wrote on Instagram Stories, accompanying a repost of Wilde’s post. “So so excited to have you on board!! @harrystyles.” 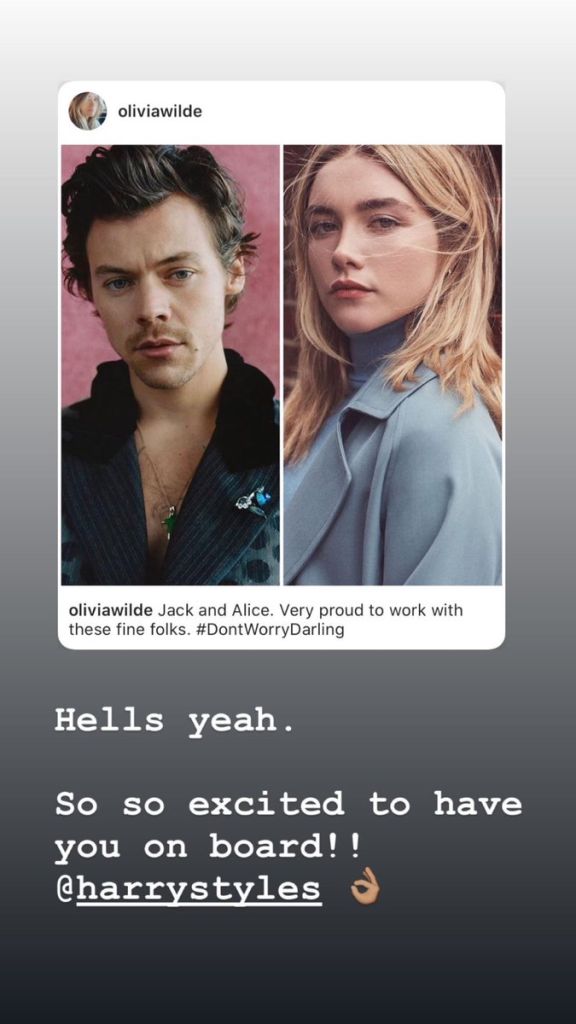 While most details surrounding the plot have been kept under wraps, “Don’t Worry Darling” is set in a utopian community in the 1950s California desert. Katie Silberman is behind the screenplay, based on a script by Shane and Carey Van Dyke.