BTS have, unsurprisingly, topped yet another poll.

Twitter revealed its new “Twitter From Home” trend report this week, confirming the much-loved K-pop group had been the most-tweeted-about artists in the U.S. over the past six months of quarantine.

The results were based on tweets from March 1 to September 1.

RELATED: Go Behind The Curtain With K-Pop Group BTS In ‘Break The Silence’ Movie Trailer 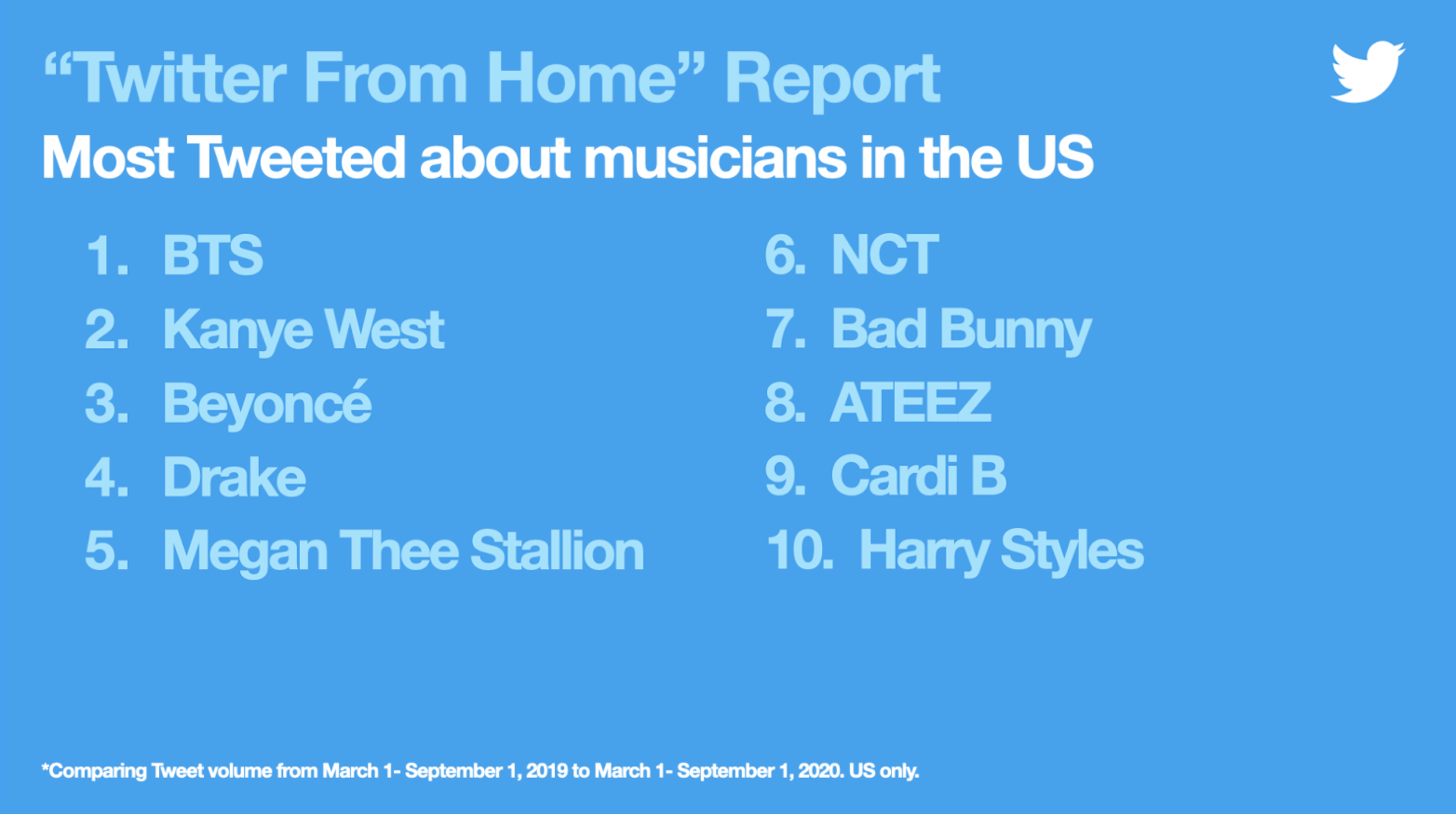 In terms of most-tweeted-about movies, “Black Panther” came out on top, followed by “Black Is King”, “The Avengers: Endgame”, “The Batman” and “Hamilton, The Musical”.

RELATED: BTS Are Musical ‘Dynamite’ At Their VMAs Debut

“Sonic The Hedgehog”, “Mulan” (Live Action), “Star Wars: The Rise of Skywalker”, “The King of Staten Island” and “Frozen 2” rounded off the top 10. 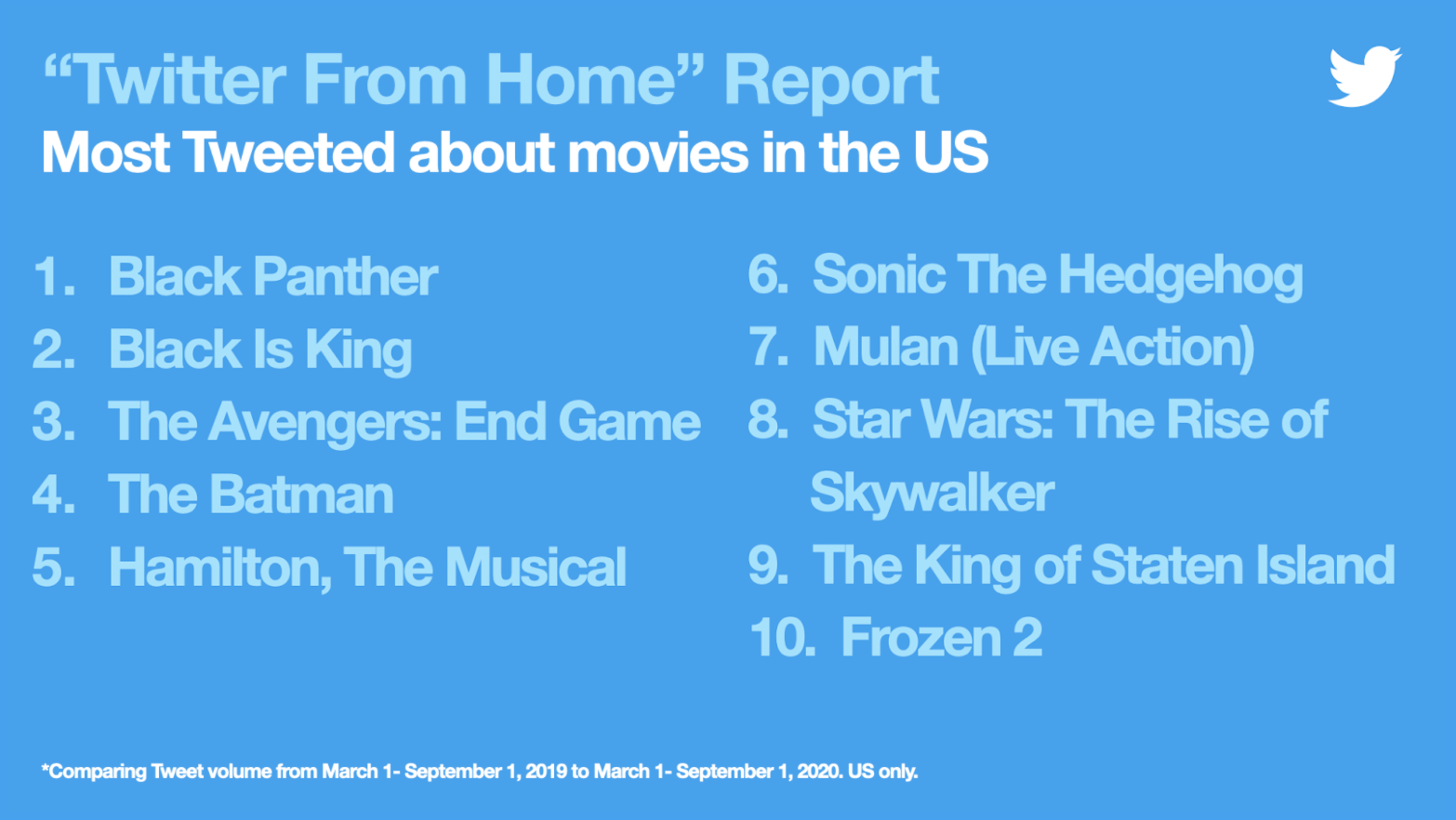 The most-tweeted-about TV shows were as follows: 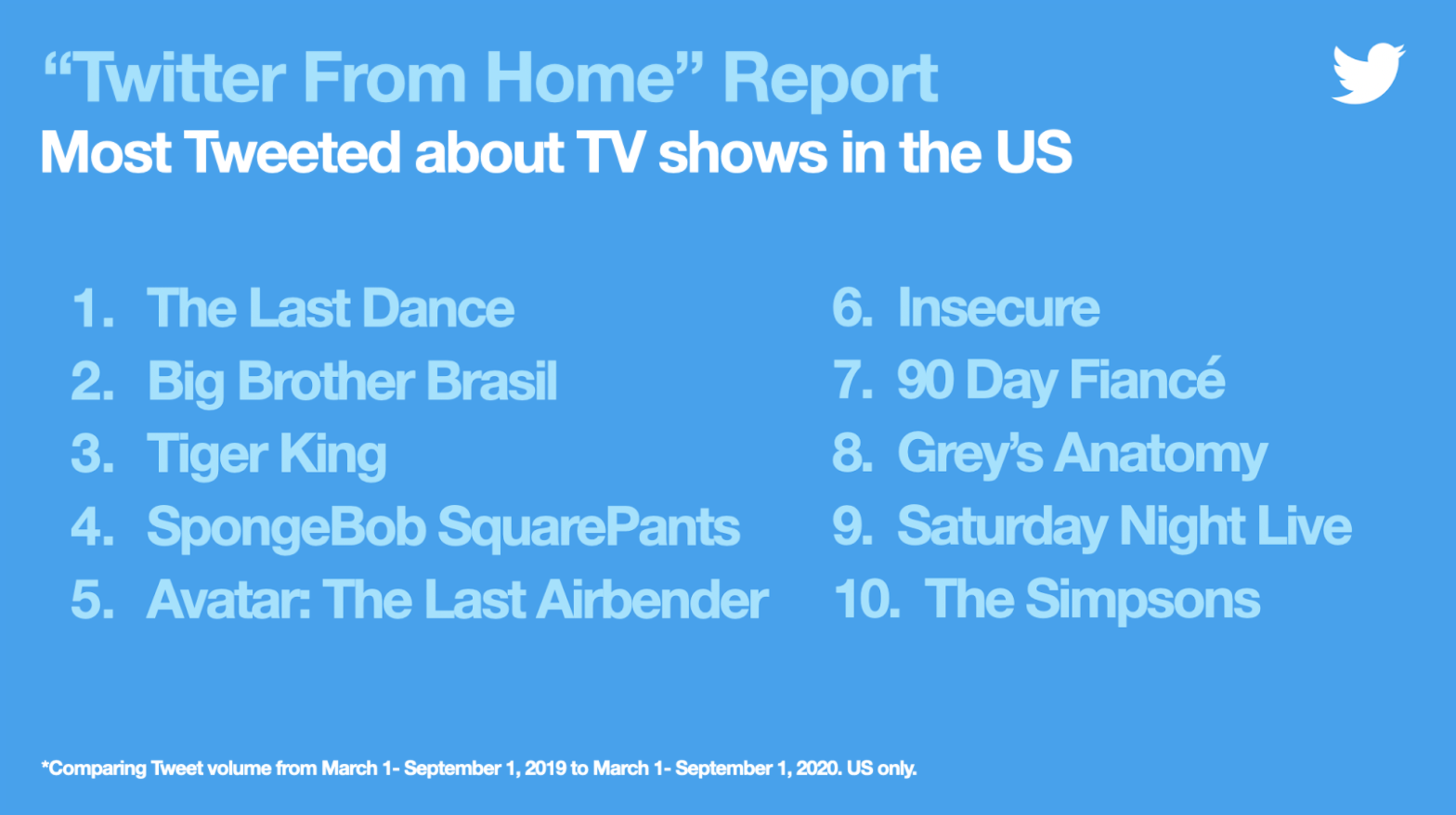