Kyle Richards has shared a picture of a ring that was spotted on a psychic’s finger in an attempt to prove that it’s allegedly the same sparkler that was stolen from her home three years ago.

The photograph was initially shared by “Poms” actress Diane Keaton back in 2019. 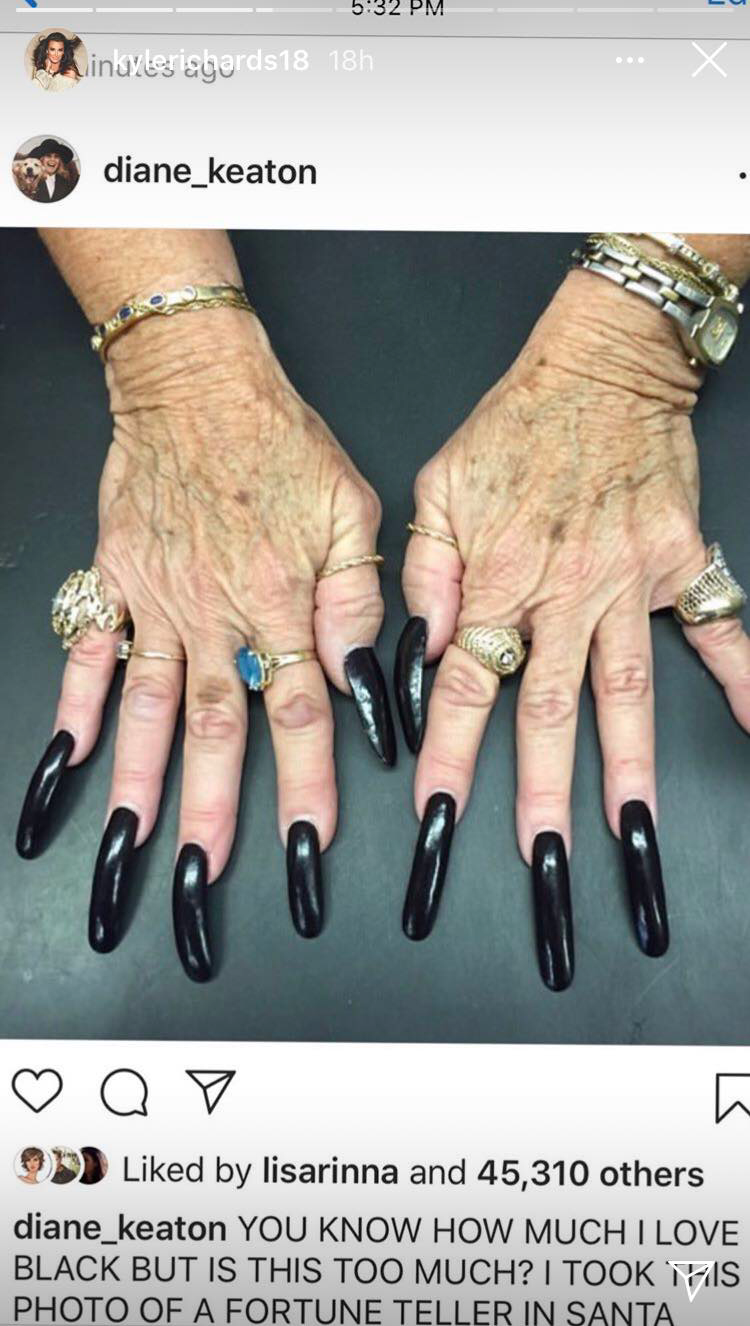 In a series of Instagram stories, the “Real Housewives of Beverley Hills” star told fans that she was left shocked at seeing the ring in a social media snap shared by Keaton.

Richards then posted an image of the heirloom, comparing it to the ring on the finger of the Los Angeles fortune teller. 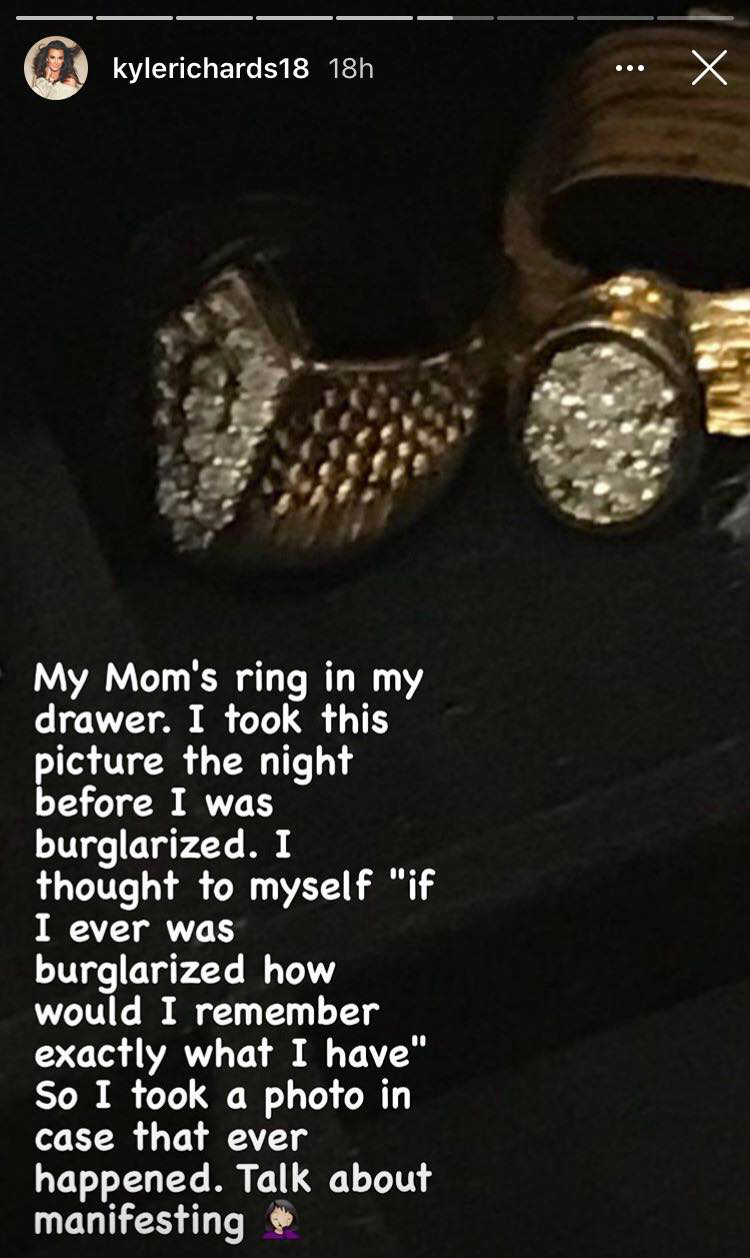 “My mom’s ring in my drawer. I took this picture the night before I was burglarized,” she wrote. “I thought to myself, ‘If I ever was burglarized how would I remember exactly what I have?’ So I took a photo in case that ever happened. Talk about manifesting.”

Richards then posted side-by-side photos of the two rings. “You can see the gold is rubbed off in the exact spot. My Dad gave this to my Mom,” she continued. 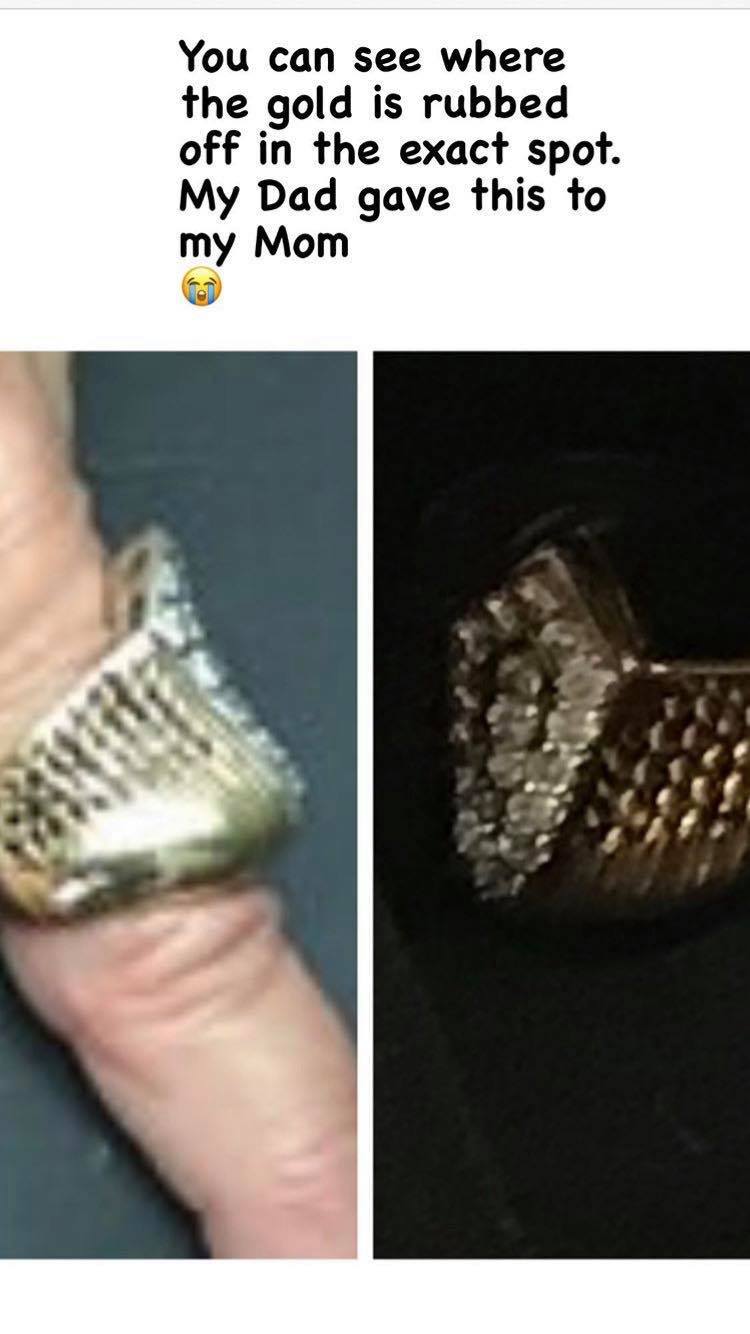 The update comes after the incident was first discussed in a teaser clip from the latest episode of “Real Housewives of Beverly Hills”.

“I was looking on Instagram and I saw Diane Keaton – she posted a picture of a psychic’s hands on the Third Street Promenade and [she] had my ring on her hand,” explained Richards in the “RHOBH” Secrets Revealed special.

According to Richards, Keaton didn’t have any more details to share about the fortune teller. The Oscar-winner said that she only stopped to take a picture because she thought her long black nails were “interesting.”

The ring Richards is in search of originally belonged to her mother, Kathleen, who left it to her youngest daughter after her death in 2002.

The heirloom was allegedly stolen from the multi-million dollar home that Richards shares with her husband Mauricio Umansky in 2017.

There is no confirmation on whether or not the rings in the photos posted by Richards are in fact the same ring.