Kylie Jenner Is Not Impressed When Kim Kardashian Posts Awkward Throwback Pic Of Her: ‘Delete This Immediately’

Kim Kardashian was apparently in a nostalgic mood on Friday when she took to Instagram and shared a throwback photo of herself and her sisters.

“Babies at Benihana,” she wrote in the caption for the pic, in which she’s surrounded by siblings Khloe, Kylie Jenner and Kendall Jenner at the Japanese restaurant.

All four of the “Keeping Up with the Kardashians” stars look markedly different than they do today, particularly Kylie and Kendall, who were still in their awkward teenage years.

“Should I Diddy crop you out?” she asked, referencing Sean Combs’ (a.k.a. Puff Daddy, P. Diddy, Puffy and  Diddy) tendency to crop celebrities out of photos he posts on social media, such as when he cropped Kylie and Kendall out of a photo taken at the 2017 Met Gala. 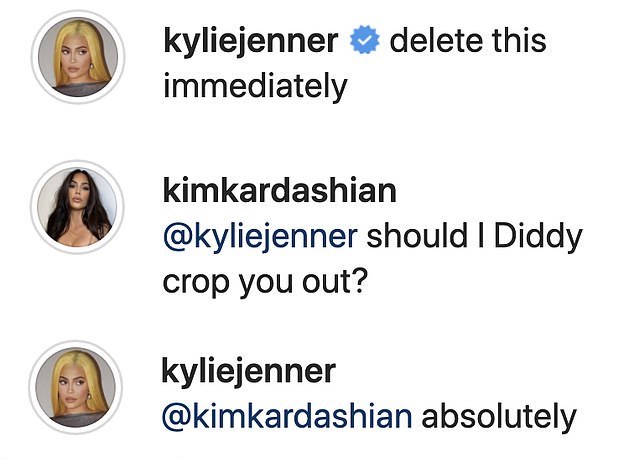 For old time’s sake, compare and contrast the differences in the same photo as shared by Kylie and Diddy: