Julianne Hough and Brooks Laich might have separated, but they still enjoy each other’s company. Amid rumours that the two may have rekindled their romance, Hough and Laich appear to be staying at a lake house together.

On Saturday, the dancer posted a photo and video of herself with Laich’s husky, Koda, nuzzling up against her while they were in a car.  “This sweet boy loves his momma 😭🐺,” she wrote on the post, with Laich’s commenting, “The greatest thing ever 👌🙌🐺.”

As the day went by, however, the two started posting Instagram Stories from the same place.

This sweet boy loves his momma 😭🐺

In one photo, Hough is sitting outdoors with a blanket, book, homemade pumpkin bread and a mug, while Koda looks at her. In front of her is a wicker lounge set with dark red pillows. 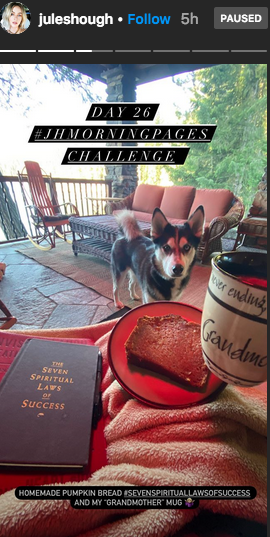 She also posted a video of herself in a “cocoon,” as she’s wrapped in a blanket. 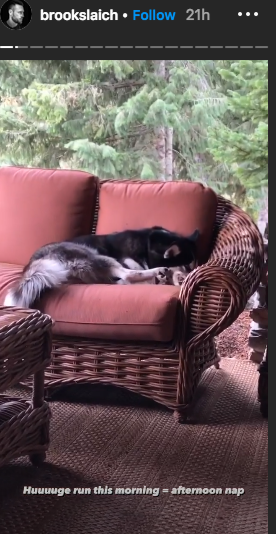 He also shared video of himself and Kudo running into the lake, which shows a grand lake house in the back. Neither he nor Hough are seen in each other’s IG Stories. 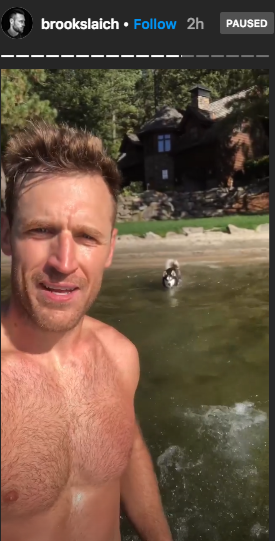 Hough and Laich have remained friendly since their May split, which was announced shortly after the pair decided to quarantine separately amid the coronavirus pandemic. The former “Dancing With the Stars” judge stayed home in Los Angeles, while Laich travelled to their place in Idaho.

The pair was last seen in public together in August, dining at an Italian restaurant and grabbing coffee after. A source told ET at the time that they ate together for an hour, walked around the Palisades Village mall, got coffee and window shopped.

“Their moods were great and they seemed very happy. No one seemed to recognize them, especially with their masks on,” the source said. At the end of their outing, the source added the couple left in the same car, sharing that there was no PDA between the two.

Back in July, Hough also invited Laich to a pool party in celebration of her 32nd birthday. Eagle-eyed fans spotted Laich in a video Hough’s BFF, Nina Dobrev, posted to her Instagram Stories at the time.

For more on the pair, watch below.