Sacha Baron Cohen is back as Borat. Very nice!

Originally rumoured to be called “Borat: Gift of Pornographic Monkey to Vice Premiere Mikhael Pence to Make Benefit Recently Diminished Nation of Kazakhstan”, the sequel has been officially dubbed “Borat Subsequent Moviefilm: Delivery Of Prodigious Bribe To American Regime For Make Benefit Once Glorious Nation Of Kazakhstan” and will arrive on Amazon Prime Video on Oct. 23.

Fourteen years after the blockbuster original film, Boart’s new adventure sees him on a mission with his daughter to “gift her to someone close to the throne”, a.k.a. someone close to Trump. Now that Borat is a recognizable character, Cohen employs prosthetics and wigs to go undercover in the heart of Trump territory.

Filmed somewhat secretly over the summer, Cohen made headlines when he crashed a far-right militia rally and convinced attendees to sing a racist song about COVID-19. Rudy Giuliani previously stated that Cohen ambushed one of his interviews, which was thought to be a prank for his “Who Is America?” series. In February, a “Trump impersonator” that has now been revealed as Cohen, interrupted Mike Pence’s CPAC speech in Maryland and was subsequently escorted out.

The majority of the sequel was filmed in the U.S.; the production team took extreme caution, ensuring Cohen wear a bulletproof vest for two days of filming.

In typical “Borat” fashion, the poster for the movie sees Cohen replace his neon green mankini from the first film for a mask as he urges people to “save live.” 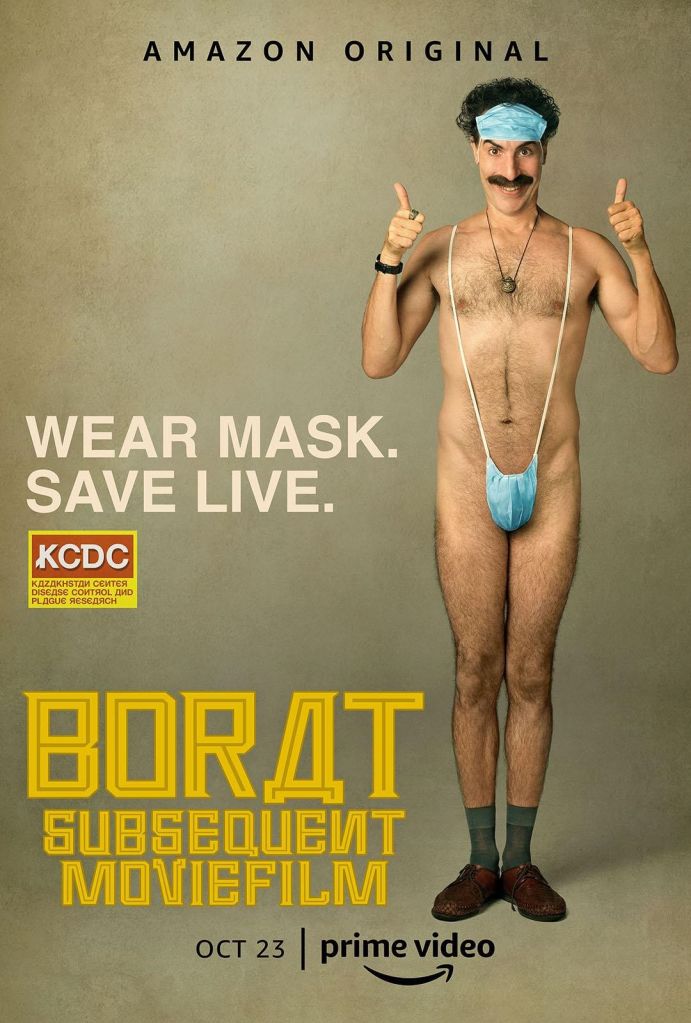