Pamela Anderson is getting into bed with a butcher for a very important reason.

The “Baywatch” star and environmental advocate is partnering with The Very Good Food Company to raise awareness for plant-based diets and animal rights.

The Pamela Anderson Foundation supports organizations and individuals that stand on the front lines in the protection of human, animal, and environmental rights.

Anderson explained: “It is a thrill to have my foundation associated with a butcher: a 21st century butcher who uses technology to create plant foods that help animals, human health, and our planet.”

RELATED: Pamela Anderson Thanks Trudeau For Support Of Vegan Industry: ‘Nothing Is Sexier Than Compassion’

The Very Good Food Company Inc. is an emerging plant-based food technology company that designs, develops, produces, distributes and sells a variety of plant-based meat and other food alternatives.

For the month of October, the company will run a promotion on The Very Good Butchers online store. Any customer that uses the discount code “Pamela” will receive 10 per cent off their order, and 25 per cent of the proceeds from sales made using the discount code will be donated to Anderson’s foundation.

In addition, The Very Good Butchers will be releasing a number of specially-marked packages of plant-based meat into retail stores. 10% of proceeds from the sale of these products will also be donated to the foundation. 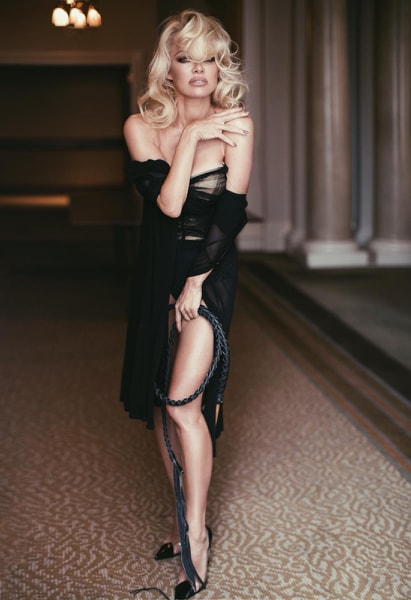 The announcement comes after Anderson recently revealed that she wants to help Prime Minister Justin Trudeau adapt to a vegan lifestyle.

Back in July, Trudeau revealed that the Canadian government would make a $100-million investment into Merit Functional Foods, which creates ingredients for plant-based foods.

Anderson applauded the investment in a letter to Trudeau.

“Sensuality includes being engaged in the world and caring about others’ feelings, and nothing is sexier than compassion,” the honorary director of the group People for the Ethical Treatment of Animals (PETA) wrote.