No stranger to conservation and a champion for climate change, Prince William is now taking on an ambitious set of challenges to inspire a decade of action to protect the environment.

The most prestigious global environment prize in history, The Earthshot Prize will include five challenges with each offering five, one million-pound prizes to be awarded every year for the next decade. The goal is to provide at least 50 solutions to the world’s greatest environmental problems by 2030.

These challenges will seek answers to the biggest issues currently facing the planet. 08.10.2020 #EarthshotPrize pic.twitter.com/GjN4xFJeih

In an interview with Sir David Attenborough set to air Thursday on BBC Radio 4’s “Today”, Prince William reveals: “I felt very much that there’s a lot of people wanting to do many good things for the environment and what they need is a bit of a catalyst, a bit of hope, a bit of positivity that we can actually fix what’s being presented.”

He adds that urgency and optimism creates action, “The Earthshot Prize is really about harnessing that optimism and that urgency to find solutions to some of the world’s greatest environmental problems.” 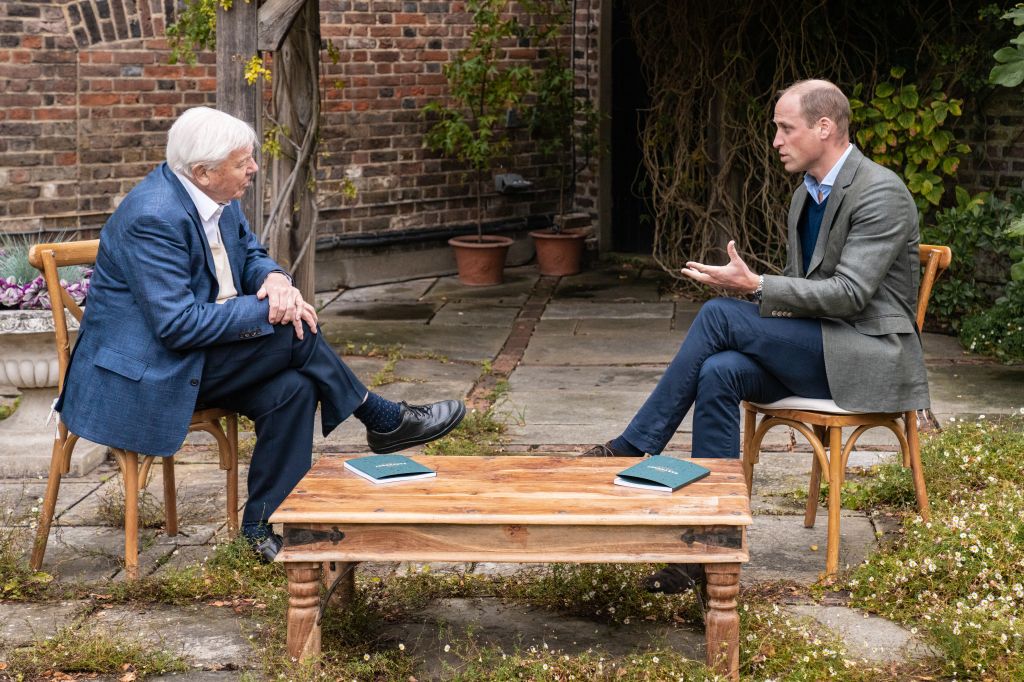 The five Earthshots are to protect and restore nature, clean our air, revive our oceans, build a waste-free world and to fix our climate.

These challenges will be brought to life in a number of short films set to be released on Facebook, YouTube and earthshotprize.org on Thursday. The series of films were produced by world-leading wildlife filmmakers Silverback Films and narrated by young climate activists, including Bindi and Robert Irwin.

Prizes could be awarded to a wide range of individuals, teams or collaborations – scientists, activists, economists, community projects, leaders, governments, banks, businesses, cities, and countries – anyone whose workable solutions make a substantial contribution to achieving the Earthshots.

In the film, Prince William says, “The plan is to really galvanize and bring together the best minds, the best possible solutions, to fixing and tackling some of the world’s greatest environmental challenges. We’ve got to harness our ingenuity and our ability to invent. The next ten years are a critical decade for change. Time is of the essence, which is why we believe that this very ambitious global prize is the only way forward.”

Introducing The Earthshot Prize, the most prestigious global environment prize in history.

This new global prize for the environment will incentivise change and help to repair our planet over the next ten years – a critical decade for the Earth. pic.twitter.com/biAZecHuml

Nominations will open on Nov. 1, 2020 with an annual global awards ceremony to be held in a different city each year, starting with London in autumn 2021.

According to a press release: “After the awards, each winner will receive a global platform and prestigious profile, with their stories being showcased over the decade and the ambition that their solutions lead to mass adoption, replication and scaling.  The £1 million in prize money will support environmental and conservation projects that are agreed with the winners.”