Halsey And Janelle Monae On Racist Violence In America: ‘This Country Is On Life Support’

Janelle Monáe and Halsey are among the celebs tapped for V Magazine‘s new “Thought Leaders” issue, and both women share some blunt talk about the violence directed at protesters at Black Lives Matter marches through the U.S.

“This country is on life support,” Monáe said. “The current administration is not even lending an ear to the people: Black people, women, the LGBTQIA+ community… The people I love.”

Urging all Americans to exercise their right to vote in next month’s presidential election, Monáe recalled how her grandmother instilled the power of voting in her. 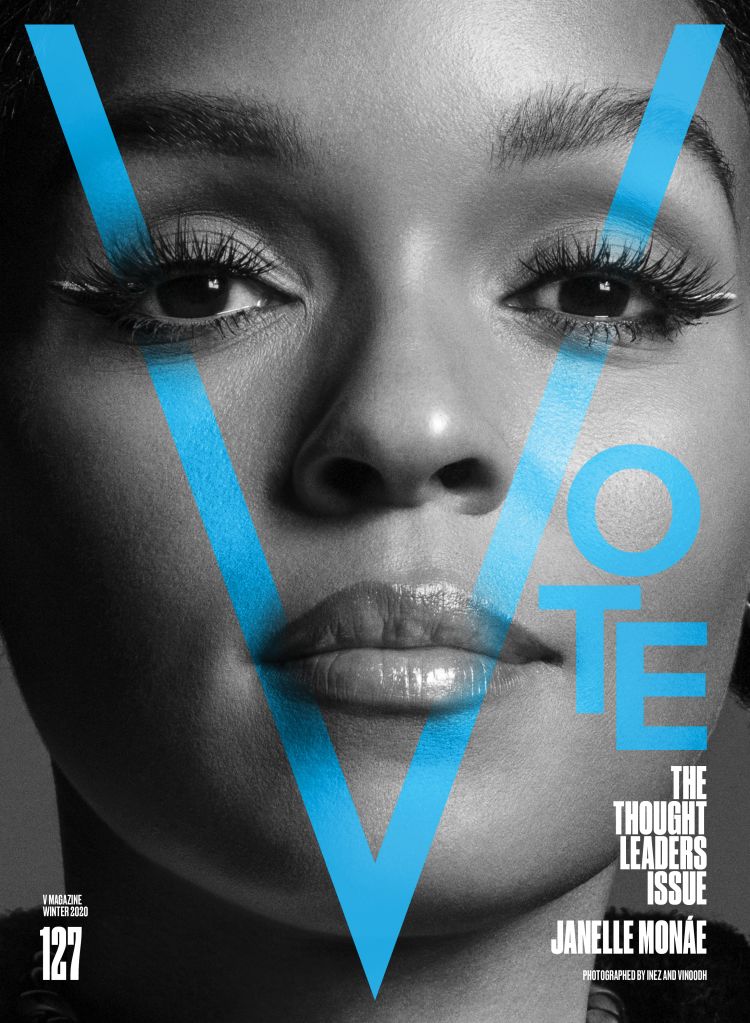 “This is someone who was alive when women couldn’t vote and lived through the [passage of] the Civil Rights Act,” she explained. “It was deep for her: She lost friends and family members, saw her brothers and sisters killed, for trying to integrate. She encouraged us to vote in their honour.”

Monáe also spoke frankly about the problems with policing in the U.S., explaining its racist roots. “When we’re screaming, ‘Abolish the police,’ it is because we understand that the police were not built to protect and serve us,” she said. “I didn’t know this, but I do now: The first policing institutions in the South, during the Civil War, hunted down runaway slaves and killed them. They killed anybody who was trying to revolt. There is still no justice for Breonna Taylor, or for my cousin, who was murdered by the police.”

In her interview, Halsey shared her perspective as a biracial woman whom everyone assumed was white, and discussed her personal experience with police violence at protests this summer.

“Every time I see a name in the news, it could be my family. Being subject to violence [at the protests] gave me a lot of perspective,” she said. “I’ve always been a part of an activity like that since I was a pre-teen — I was in the streets for Occupy Wall Street — so I’m a seasoned protester. I see people’s values change as they start making money, but they haven’t changed for me.”

RELATED: Halsey Chats With Bernie Sanders About The American Election And A Wealth Tax

She also shared her thoughts on the movement to defund police, and explained that its meaning is often misconstrued.

“The defund the police [movement], and the deconstruction of that really means putting more money into social services and mental health services,” she explained. “I’ve seen the way that mental health services can turn someone’s life around, as someone who received them at the benefit of the state before I was making enough money to be able to afford it myself.”

She echoed Monáe’s emphasis on the importance of voting. “It’s more important to vote right now than it has ever been. There are millions of lives at risk, and if it’s not millions of lives, then it’s the safety and comfort of millions of lives,” she said. “I’ve seen people line up outside of a GameStop because a new Call of Duty game is dropping. They should be doing the exact same thing at a polling centre. It’s like, Go get in line!”

Read more in the latest edition of V Magazine.