Sylvester Stallone has long been one of Hollywood’s most iconic action stars.

And his new movie “Samaritan” will once again see the star, 74, perform his own stunts.

“I’m not really this grey, and it’s not dandruff,” Stallone said in a new Instagram Story video, taking fans behind the scenes. “We’re in this scene, I just got pretty totalled.”

Panning the camera around the set of debris, he added, “And as you can tell, you would think I would have learned by now not to do my own stunts.” 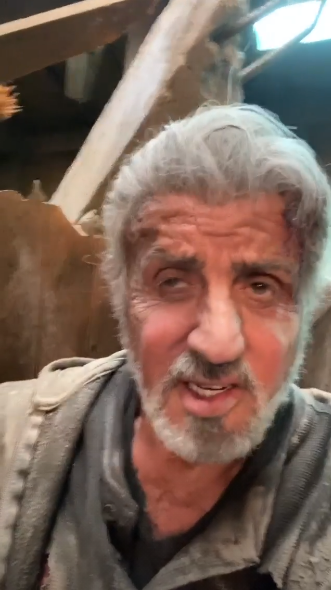 Stallone has been sharing other pictures from the set, including what looks like a warehouse mechanic shop and a picture of the hammer that did all the damage in his video.

Having a great time on this set- This movie looks fantastic.! #SAMARATIN #mgm @onwardwanna

“Samaritan” is currently scheduled to be released on June 4, 2021.