Singer and television personality Tamar Braxton breaks down in tears in an exclusive interview with Tamron Hall, following her attempted suicide earlier this year, claiming she’s “done with reality TV.”

Braxton – who has been silent since she her attempted to take her life back in July – addresses the domestic violence allegations, sexual abuse and her ongoing struggles with mental health.

During the intense one-on-one, the reality TV star reveals she’s thought about ending her life before, “There has been a time where I wanted to, but this was the first time where I’ve actually acted on it.”

The 43-year-old says she felt like she was misunderstood and was fed up of “the stigma of the angry Black woman all the time.”

Adding, “That’s not who I am. That’s not what I wanted to portray… It wasn’t just about being an angry Black woman, it was about real issues coming up on the show.”

While she was recovering in hospital, Tamar’s former fiancé David Adefeso filed for a restraining order against Braxton, claiming she physically assaulted him. Addressing the accusations she says, “I am a survivor of a domestic violence relationship. And not at any point was David and I in an abusive relationship.” 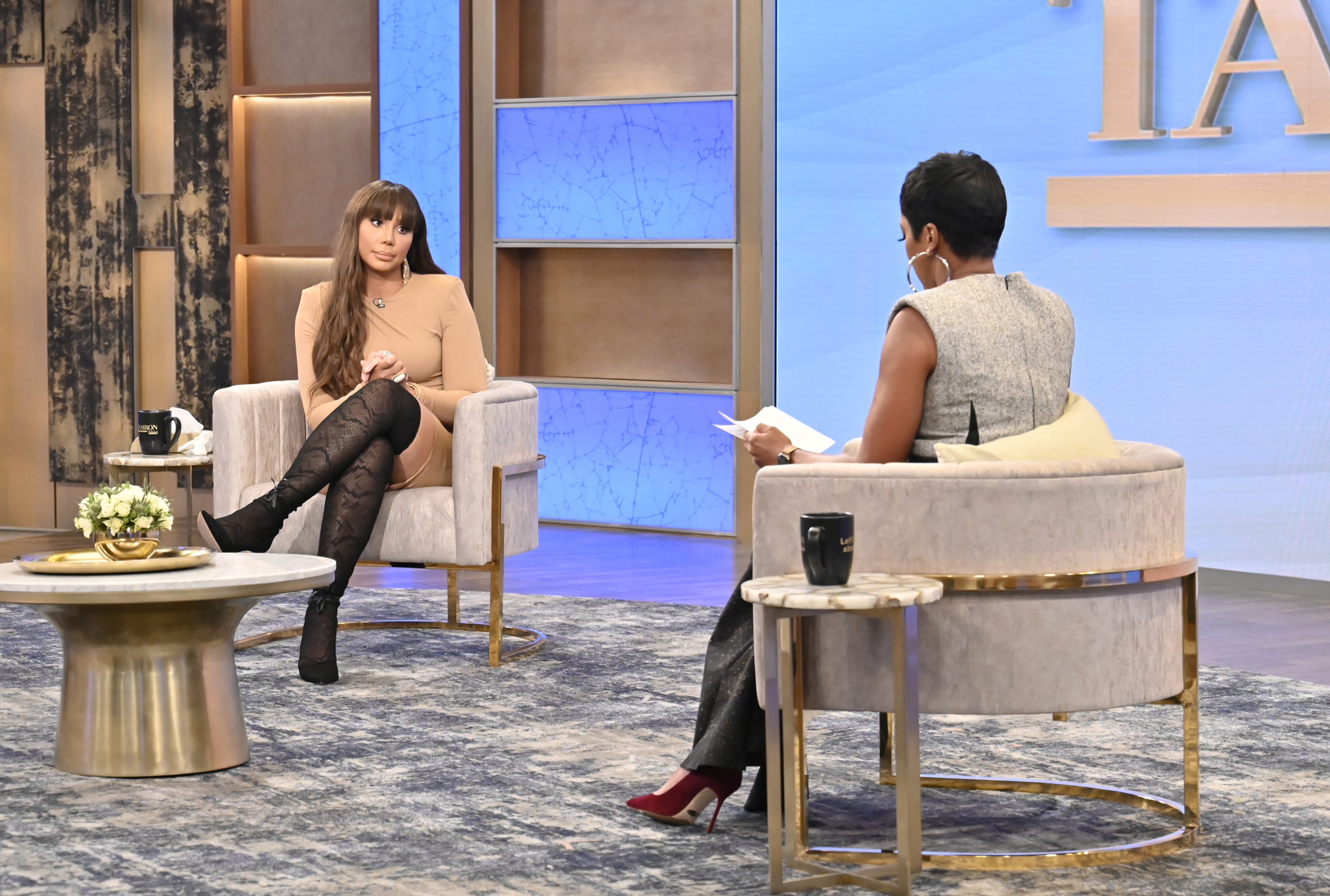 “I loved David. He was my best friend. He was an amazing, amazing partner,” she explains. “He was my son’s best friend as well, they were best friends. And it’s just so hard because through everything else I never expected this from him. Now, I have to be real with myself. Is he acting like this because he found me the way that he found me? Probably. I don’t know.”

RELATED: NeNe Leakes Has Spoken To Tamar Braxton To Try And ‘Pull Her Thru This Moment’ After She Was Found Unresponsive

Braxton says she feels betrayed and the allegations against a family member who revealed she was sexually abused as a child is “not an allegation. It’s a fact.”

Explaining, “My family did an episode with Iyanla [Vanzant] and, and I was excited about it. But that excitement came to an end when she decided to tell everyone that I was domestically sexually abused from the ages of six to 16. And I’ve never told anyone that.”

Diagnosed with depression and anxiety “due to circumstance,” she says she’s in counselling “every single day,” but the issues with her family still haven’t been resolved.

“We went for help. Me and my family. We went for counseling… because the show, it did create a lot of division between me and my sisters and it did create, you know something that was never there which was we couldn’t get along and we couldn’t communicate,” she says. “We stopped communicating. And we just simply wasn’t a family anymore. And, that help turned into a nightmare for me.”

“I love my family. And I don’t want to fight with my family. And I want to be an example of a family who fights and argues and always have turmoil. And now we’re at the point where it’s assaults and threats. This is not the show that I created. I created the ‘Braxton Family Values’ because I wanted to be an example part of the Black community with five Black amazing sisters, with all different walks of life, who can inspire and help and people can learn from our experiences along the way. We wasn’t teaching anything but being devilish and I didn’t want to do that.”

Braxton she wants forgiveness on both sides.

“I talk to my mother every single day,” she admits, adding, “Look, I love my sisters. I feel like I have what I want from them. I have their love. I know my family loves me…I know, everybody wants me to blame my family. When you sign up for something like this, and you have the kind of people behind the scenes that you have.”

She reveals: “There are things that I’ve done that I’m not happy about and that I’m not proud of. I’ve had my dark moments with my family where I feel like, I’m sure that I betrayed them at some point and I feel like forgiveness all the way around.”

Aware of the pitfalls of reality TV, Braxton claims she didn’t “sell her soul” to keep ratings up. “I’m not going to sit here and act like a complete victim. I played a part in that.  Sometimes you that comes with embarrassing your friends or embarrassing your siblings. I don’t think at the time I knew exactly what I was doing. I think that for the show and for my family we wanted to have a great show and sometimes that is making the deal with the devil and that is doing things that you wouldn’t normally do.”

She concludes the interview saying she is done with the show, “Absolutely. And not for a while. Forever and ever amen. She added: “I feel like that’s the best thing for me. I don’t feel like I need to give a depiction of my life and what’s happening and a play by play.”

If you or someone you know is in crisis and needs help, resources are available. In case of an emergency, please call 911 for immediate help.

The Canadian Association for Suicide Prevention, Depression Hurts and Kids Help Phone 1-800-668-6868 all offer ways of getting help if you, or someone you know, may be suffering from mental health issues.